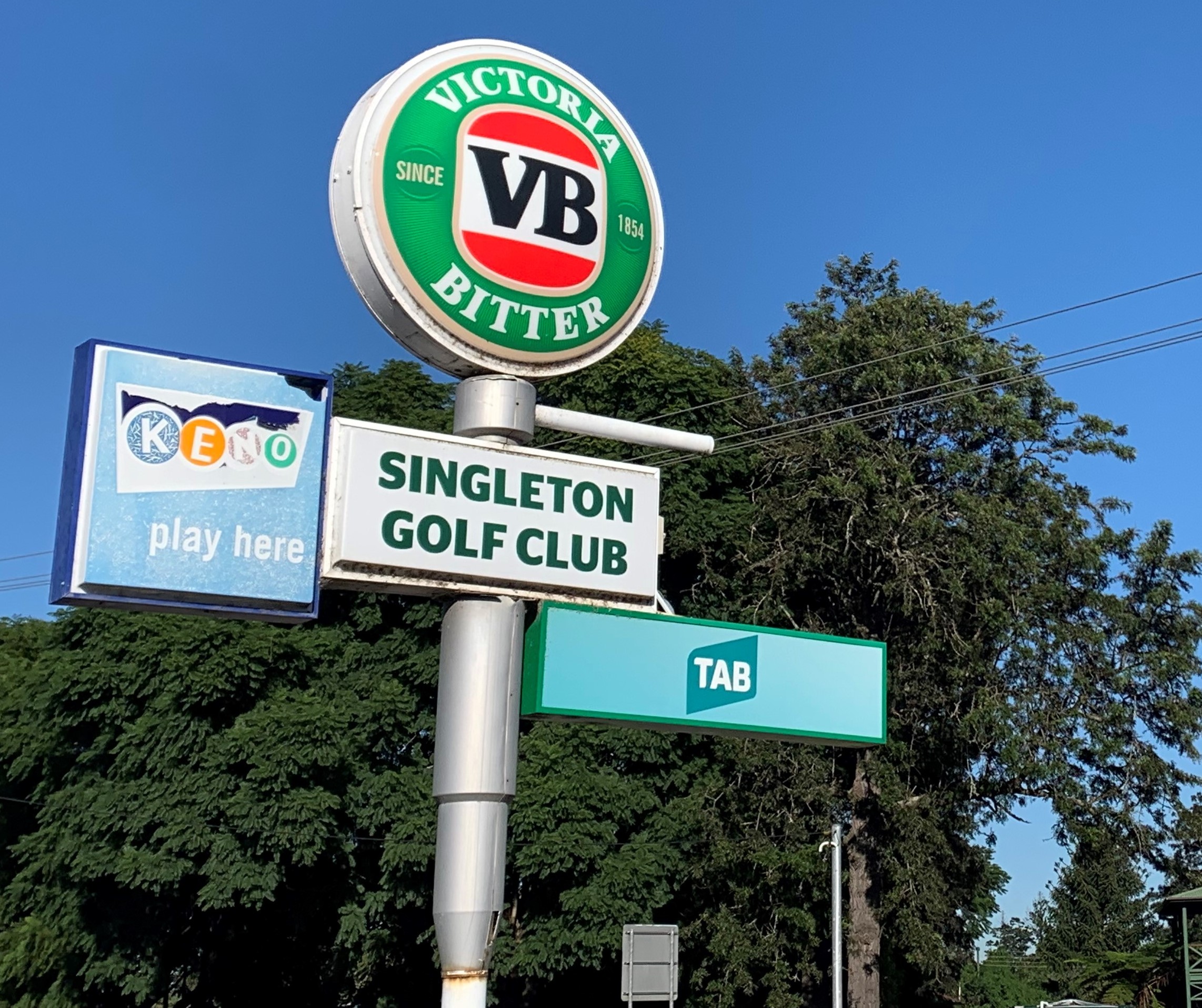 The journey of the Singleton Golf Club

How can you describe the Singleton Golf Club?

Last year we branded the Singleton Country Tennis Club as the region’s hidden gem while Rugby Park had already been known as God’s Acre for many generations.

So after a moment’s pause, we asked Singleton Golf Club president Des George for his summary earlier this week.

“We are a friendly family club,” he said as he proudly walked past the clubhouse’s adjacent playground.

“We are a community club, we don’t want to just be a golf club.”

The October 20 date has been highlighted on the calendar after it was recorded as the club’s first formation meeting at the Singleton Mechanics Institute in 1922.

However, golf had already been a popular pastime prior to the 1920s with links laid down on Richard H. Dangar’s “Neotsfield” property at Whittingham.

The Golf Club made its way to Howe Park five years into its journey after a letter was presented to the Singleton Municipal Council on February 17, 1927 requesting to put a links in the popular area.

The opening day was held on March 26, 1927 and its members and volunteers continued to build the club to how we know it today.

The following year water was laid on each of the greens, the year after a mower was purchased and in 1930 much needed attention was given to the club house which was located near the entrance.

Alterations were then made to the club house again with a gala dance held on October 1, 1938.

“You see that old machinery shed over there?” Mr George continued.

“That was the original clubrooms and they once fit 160 people in there for a dance.”

On one occasion the mower broke down in 1940. As for the solution?

The arrangement of 2000 sheep to graze the links out. Prior to this a horse named ‘Dolly’ was used on the course before her services were dispensed in November 1941.

In 1947 the club received a liquor licence and then two years later professional golfer Norman Von Nida OAM swung by for a round.

Discussions were now held for the possibility of a new club house (which cost 16000 pounds) and the dream became a reality on February 19, 1955 as 600 people attended the official opening ceremony.

Sadly, members would enjoy the clubhouse for less than a week before the Singleton floods.

When 600 people attended the opening of the Singleton Golf Club’s new facilities in 1955, few could have predicted the following week.

Major flooding on February 24 left the links in a shocking condition and several fairways and greens were completely ruined.

The machinery had been left under water and many tons of sand and silt had to be removed from the course.

The clubhouse welcomed its first television in 1957 and by the 1960s the membership base continued to increase.

“The late Pat Quinn won the C Grade Pennant title in 1968, he was always upset that his team photo was hanging above the toilet door,” Singleton Golf Club president Des George reflected.

“I told his family when we do the club up, it will be moved.”

In 1976 further expansions were completed for the clubhouse to accommodate the ever-growing number of members.

However the demand for an 18-hole course continued within the walls of the club and on October 7, 1977 a 40.08 hectare piece of land was purchased in Gowrie.

“A couple of greens were actually put in and the army installed a bridge on the course in 1998 but the club did not have the money to develop it,” he continued.

“In the early days some members even bought land above the course so they could live on the course but the final attempt fell over in 2012.”

The Worms family were noted as one of seven well-known names according to Mr George with the Considines, Castledines, McCoskers, Curnows, Newmans and the Rooneys.

And the highlights have continued to pour in after veteran Paul Burke captured a hole in one last week.

The function room has also been the venue for many memorable events in recent years from sporting functions to local debates.

More than 100 people gathered as recently as Sunday for the Holes for Harley 3 event, in memory of the late Harley Rohan.

For many communities, the club has been a second home and an outlet of comfort.

“In 2019 the board made a decision never to move from its current location and this whole place is maintained by three permanent staff members and a group of 15-20 volunteers,” he concluded.