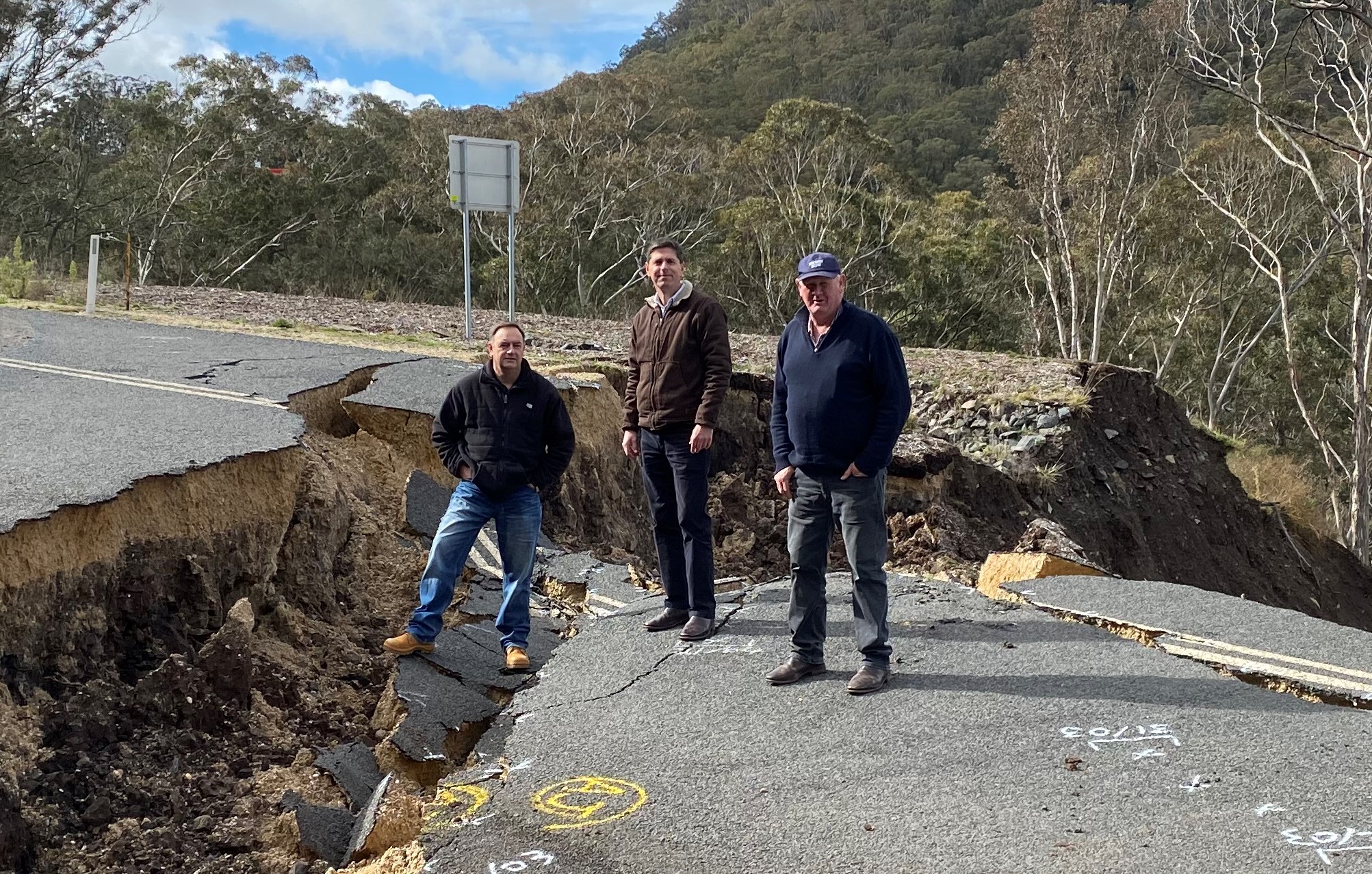 Pledge Made for Merriwa Road

The Federal Coalition Government and the NSW Government have committed to rebuild MR358 between Merriwa and Willow Tree if the Coalition is voted in at Saturday’s Federal election.

The $48.3 million project to restore this critical livestock freight route will be funded with $38.64 million by a re-elected Coalition Government and $9.66 million already pledged by the State Government.

State Minister for Regional Transport and Roads Sam Farraway announced the funding at Scone on Friday.

This transport link connects the New England Highway to the Golden Highway but has been closed for many months after initial cracks in the surface led to a major landslide rendering the road impassable.

Speaking on Friday State Member for Upper Hunter Dave Layzell said the ongoing closure of MR358 was having an immense impact on Upper Hunter communities forcing people to take lengthy journeys because they do not have a direct route between Merriwa and Willow Tree.

He said the closure was placing an immense strain on the community.

Upper Hunter Shire Council Mayor Maurice Collison thanked the community for their patience and the state and federal governments for their cooperation in bringing this funding to the community.

“The announcement today of funding for the Willow Tree to Merriwa Road would be greatly appreciated by the community,” Mr Collison said.

“The disruption to the residents and travellers in and through the Upper Hunter and even wider afield has taken its toll”.

Reconstruction work is required at four separate points along a 1.8km section of the road.

Phase one of the works will involve cutting a drainage line along the road and removing failed materials which is expected to take approximately three months.

Phase two will commence when a design has been completed, works tendered and contractors assigned to the project.