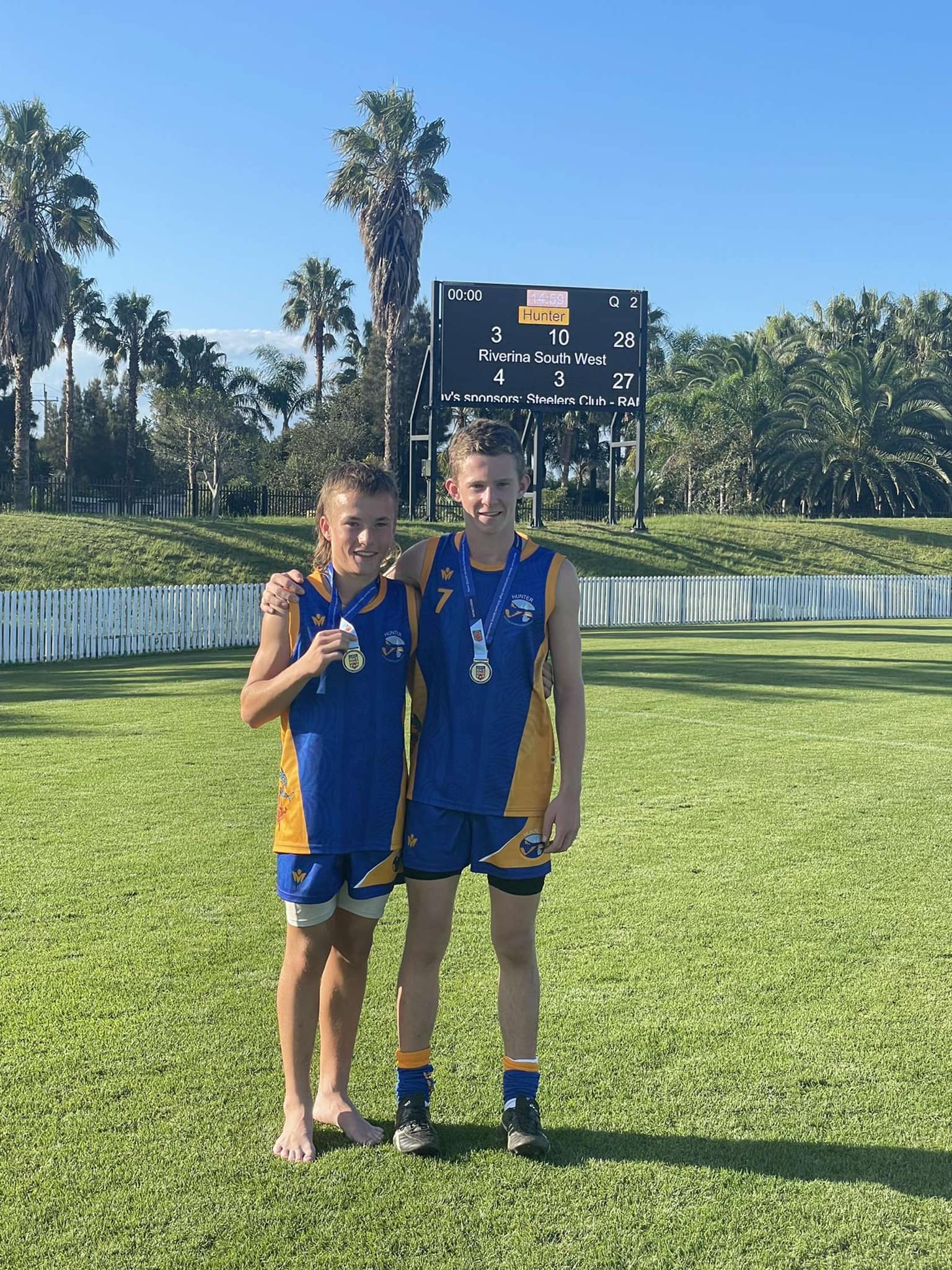 Local AFL history was made in the Hunter region this month.

The line-up, which also featured Taj Barton (son of Singleton Roosters’ coach Neil), faced off against Sydney South West, Riverina Murray Greys, Sydney North and the West Darling Pigdogs before claiming a memorable 3.10 (28) to 4.3 (27) win over powerhouse Riverina South West in the final.

Gilmore would go down in history as the student to kick the winning behind with nine seconds to go.

He was mobbed by his jubilant teammates including Chandler.

Riverina south have been one of, if not the, most successful team in the state for a long time,” Chandler told The Hunter River Times.

“We were huge underdogs but the belief was there amongst the group.

“It was an extremely tight game the whole way through with both teams fighting it out through the middle of the ground.

“However in the last 10 or so minutes, Hunter had started to win a bit more of the ball and had trapped it down in our half.”

The Hunter boys all received gold medals as a result, bucking the trend of glory shared between Riverina and Sydney based squads in years’ past.

“At the final siren the whole team was in our forward line waiting for Jack to kick a score and once he did we all rushed over to go celebrate,” Chandler recalled.

“The boys who got there early got absolutely squashed as we had teammates jumping on everywhere but I managed to get a hold of Jack to share the special moment with him before going over to all our parents who had supported and cheered us on all three days.

“It was such a surreal feeling.”