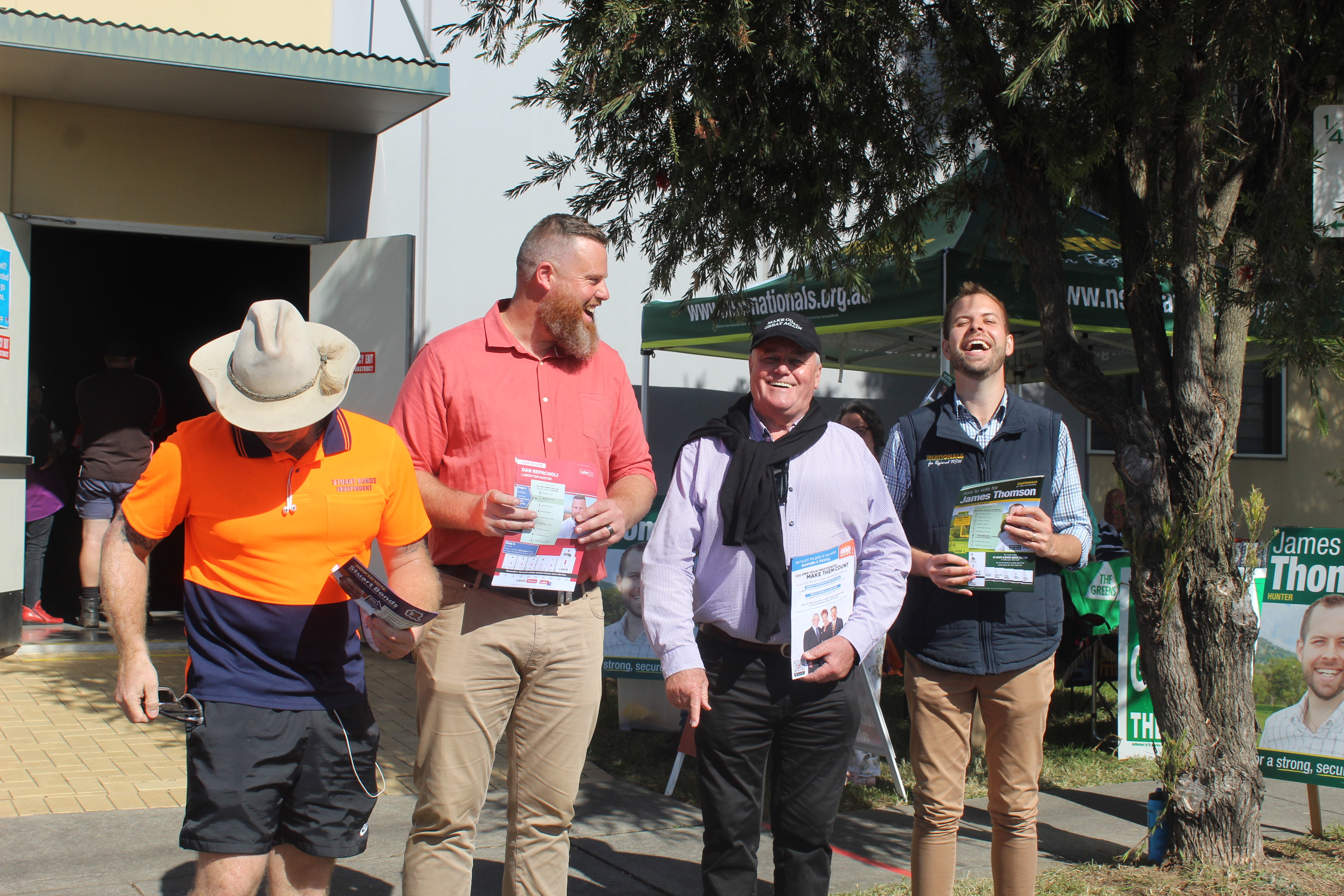 Final Chance to Vote in the Federal Election

May 21 is the final chance to vote in the Federal Election.

Early voting opened across the country on May 9 and record numbers of people have taken that opportunity over the past two weeks.

The Stan Thiess Memorial Centre in Muswellbrook has averaged around 300 to 400 early voters while Singleton Youth Venue has had around 550 voters a day, with a top of 730 on Monday.

Cessnock has averaged 750, 800 at Cameron Park and about 750 at Toronto.  Cooranbong had a massive 1500 voters make their decision with that centre opening up for its first day on May 16.

Results of the election are expected Saturday night and many say for seat of Hunter, it will very much come down to preferences.

Joel Fitzgibbon has held the seat of Hunter since 1996, resigning from political life last year.  He was handing out Labor how to votes in Muswellbrook on Tuesday.

Mr Fitzgibbon told The Hunter River Times that there is always an undercurrent no one has picked at elections and that Saturday could well be a long night.

“We could have the result at 8pm Saturday or it might be two days later, I think it will be close and it will be a long night,” he said.

Speaking about the seat of Hunter, Mr Fitzgibbon said Labor was confident but not complacent.

Gazing at the how to vote advice in candidate handouts, it is interesting to note that One Nation’s Dale McNamara, Nationals James Thomson and independent Stuart Bonds have all advised to give the number two vote to United Australia Party’s Geoff Passfield.

Stuart Bonds has also fared well in preference suggestions on the how to vote handouts.  Dale McNamara and James Thomson gave Mr Bonds a number three position and Dan Repacholi suggested people vote for him at number four.

Voters are reminded that they must number all boxes on the small green ballot paper.

On the larger white ballot paper, you must number at least six boxes above the line to make your vote count.

*For details on New England Candidates and venues on where to vote on May 21, see page 6