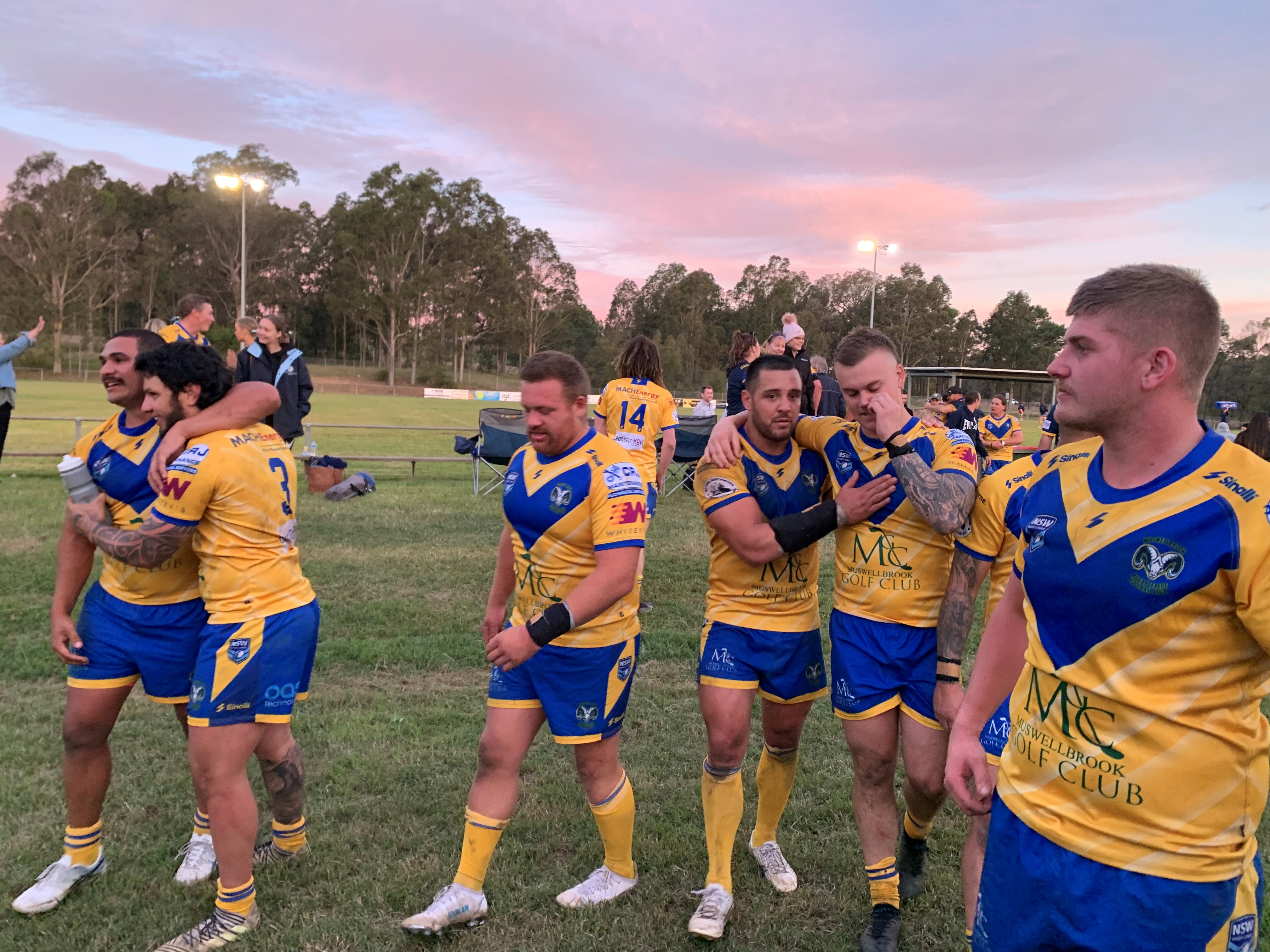 The Muswellbrook Rams will be hosting two big clashes over the next week.

The Rams will enter this Sunday’s clash with the Singleton Greyhounds as the favourite following wins over Aberdeen (36-30) and Greta Branxton (26-20).

Then, the ultimate task.

Muswellbrook coach Jayden Rosberg believes his side can draw build on his opening two wins this fortnight.

“I said if we could get it, today was a much bigger win than they would know,” Rosberg said moments after his side’s win at Greta.

“We knew they (Greta Branxton) were going to be solid, especially after having a week off fresh.

“I watched the way Greta played against Aberdeen, they have a pretty quality outfit.

“We just have to keep turning up and keep trailing behind Scone, that is the plan.”

Rosberg believes his star player Adam Grew could be joined by Jake White, Josh Moffitt and Wade McKenzie in the Group 21 team of the year.

However they must first rectify their season opening 40-22 defeat to Scone.

“Without taking anything away from Scone we did have a few boys pull out in Round 1 but in saying that whether you have a weak team or full team you still have to turn up against Scone or they will take you to the cleaners,” he concluded.

“We’re a new group and we just need to keep building and hopefully when we get them at home it is going to be a cracker.”

A large crowd will be expected for the Round 6 clash as the Muswellbrook Rams’ 2002 premiership line-up gather for their 20-year reunion.