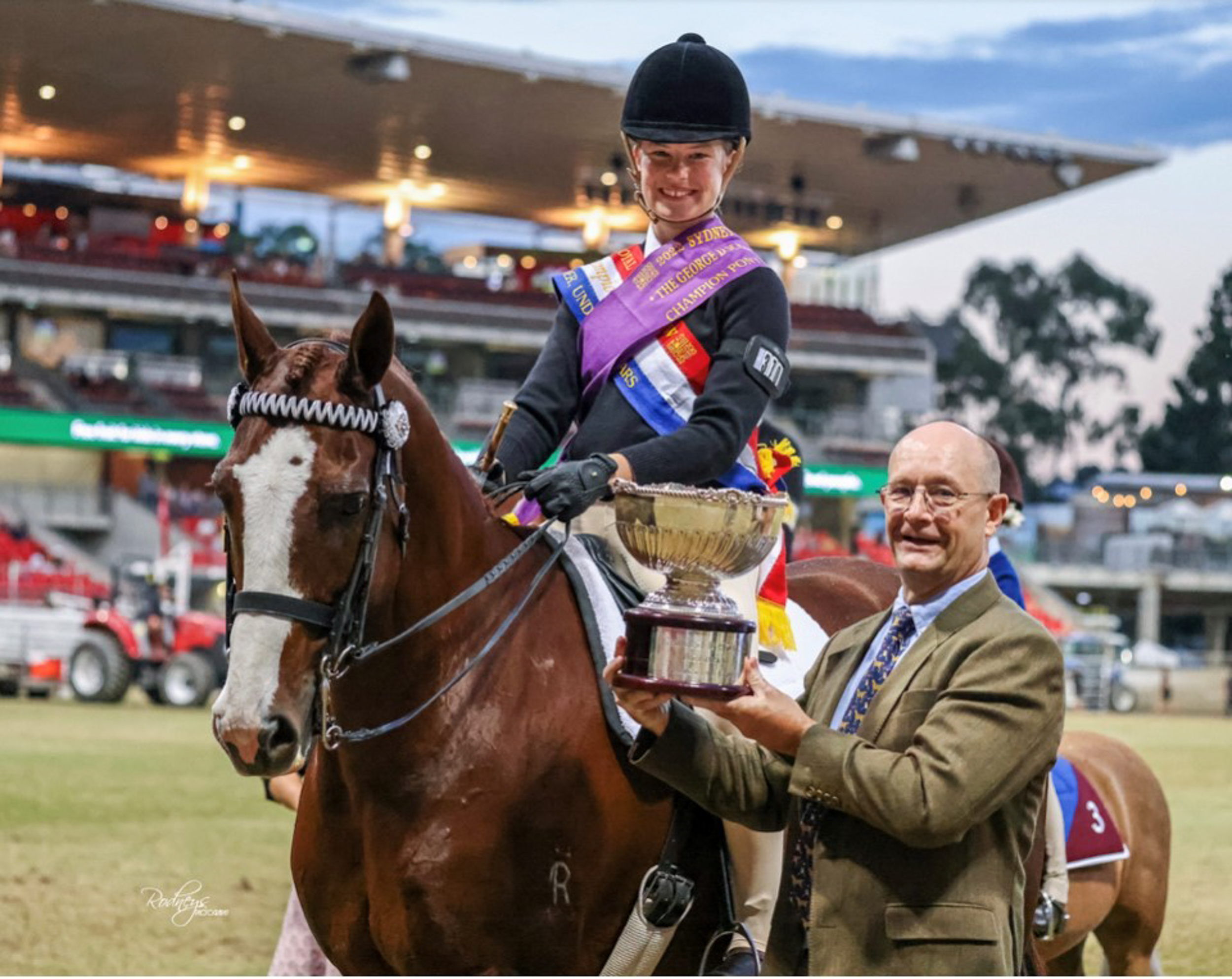 The Royal Easter Show is not a new event for Olivia Thrift, but this years event is one she won’t soon forget.

Olivia spent eight days competing in various classes, in Pony Club and open, and came away with a number of ribbons including a class champion title.

“I’ve had a couple of good ribbons in the past at the Royal Easter but this would probably be the biggest one I have won.”

The journey to get there involved a number of competitions to get the required qualifications for horse and rider to be able to compete at the Royal Easter, where she competed in the pony club teams of four, pairs and rider classes, she also entered the open novice class for her age group.

Her preparations for the competition were put up in the air when her horse was injured 10 days out, but thankfully her sister’s horse also qualified to compete, and she was still able to make it.

“It was very daunting, but I had seen Georgia go around on him and he had always worked well for her,” Olivia shared.

“I started to relax on the last day which was good.”

Olivia said it was a privilege to get to ride at the Royal Easter Show, and an honour to come away as champion in the pony club rider class.

Olivia is now preparing for the Coonabarabran Expo next month for the five-day interschool competition, as part of the Scone Grammar School team.