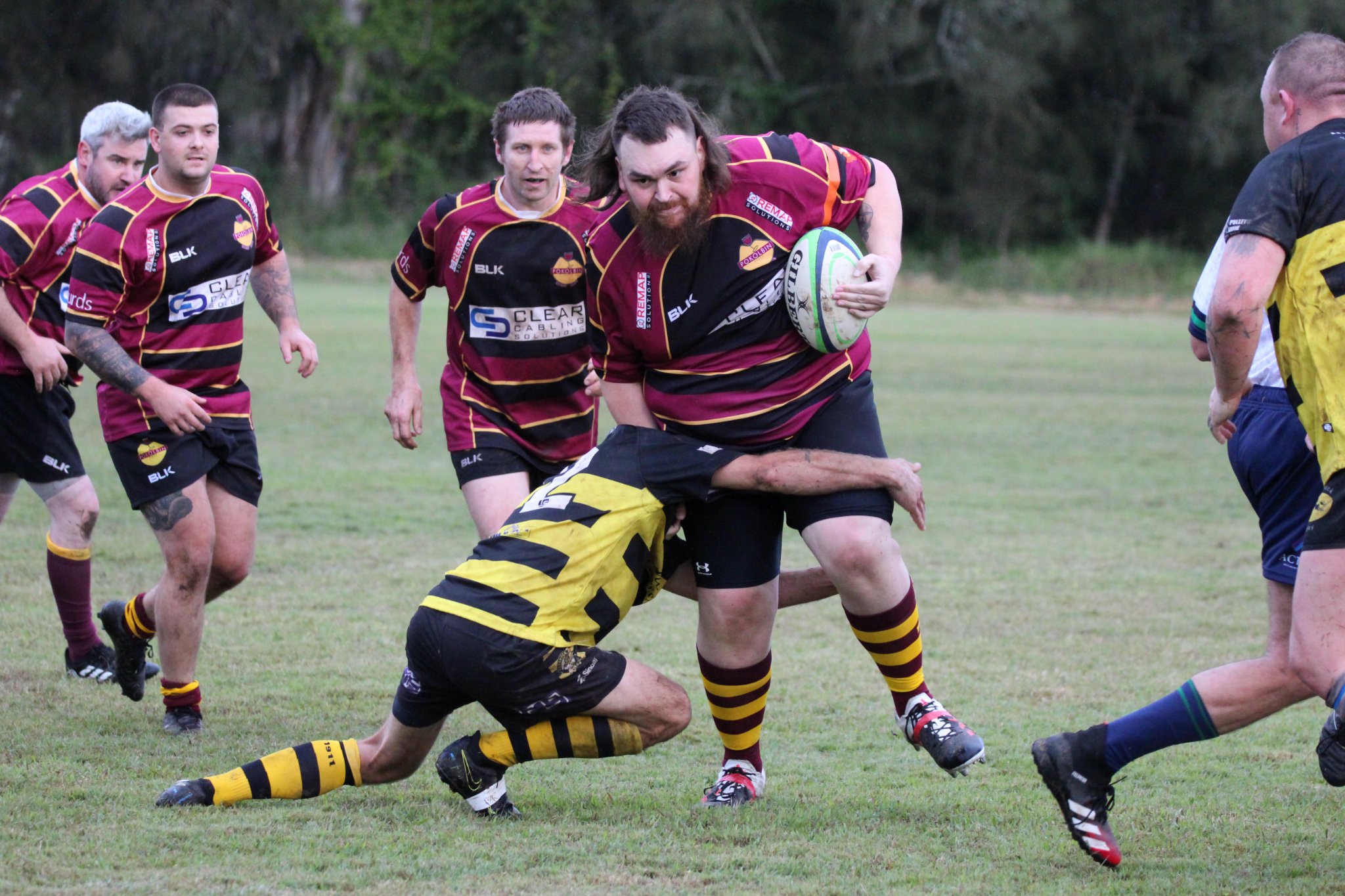 It was a big day down at St Philips Rugby Oval with the Reds taking on the Cessnock Mongrels with Mercer Wines as out matchday wine sponsor.

The Reds start was subdued with their warmup not being the best but the Mongrels were true to their namesake and were at their scrappy and hostile best from the outset.

The Reds spent most of the half in the Mongrels territory but were unable to convert it to points except for a single penalty goal to Shane Doyle. Half time score 3-0 to the Reds.

At half time Glenn and Luke had a good chat with the boys and reminded them what the game plan was and not to be drawn into Cessnock’s style of play.

Before long the boys crossed for their first try, scored by Jacob Meredith which he converted as well. The rest of the second half  was dominated by the Reds with Jackson Crebert, Claude Viviani and Steven Foley crossing for tries and Shane Doyle converting 2 of the 3 remaining tries for the day.

Final score 29-0 to the Reds. Coach’s points 1 Point to Jordon Kelly, 2 points to Claude Viviani and 3 points and Players’ Player to Jacob Meredith.

A much needed bonus point win to the Reds with disciplined play by Pokolbin that put them in good stead for the rest of the season.
A big thank you to the supporters to came out in such a cold and wet day.

Plus a thanks to the volunteers who helped with setup, BBQ, run the Bar and pack down, Strappers, running the line and ball boys, you know who you are and thanks.

The coming weekend has the Reds at home again against Cooks Hill and Old Boys Day with two free drinks for previous players.