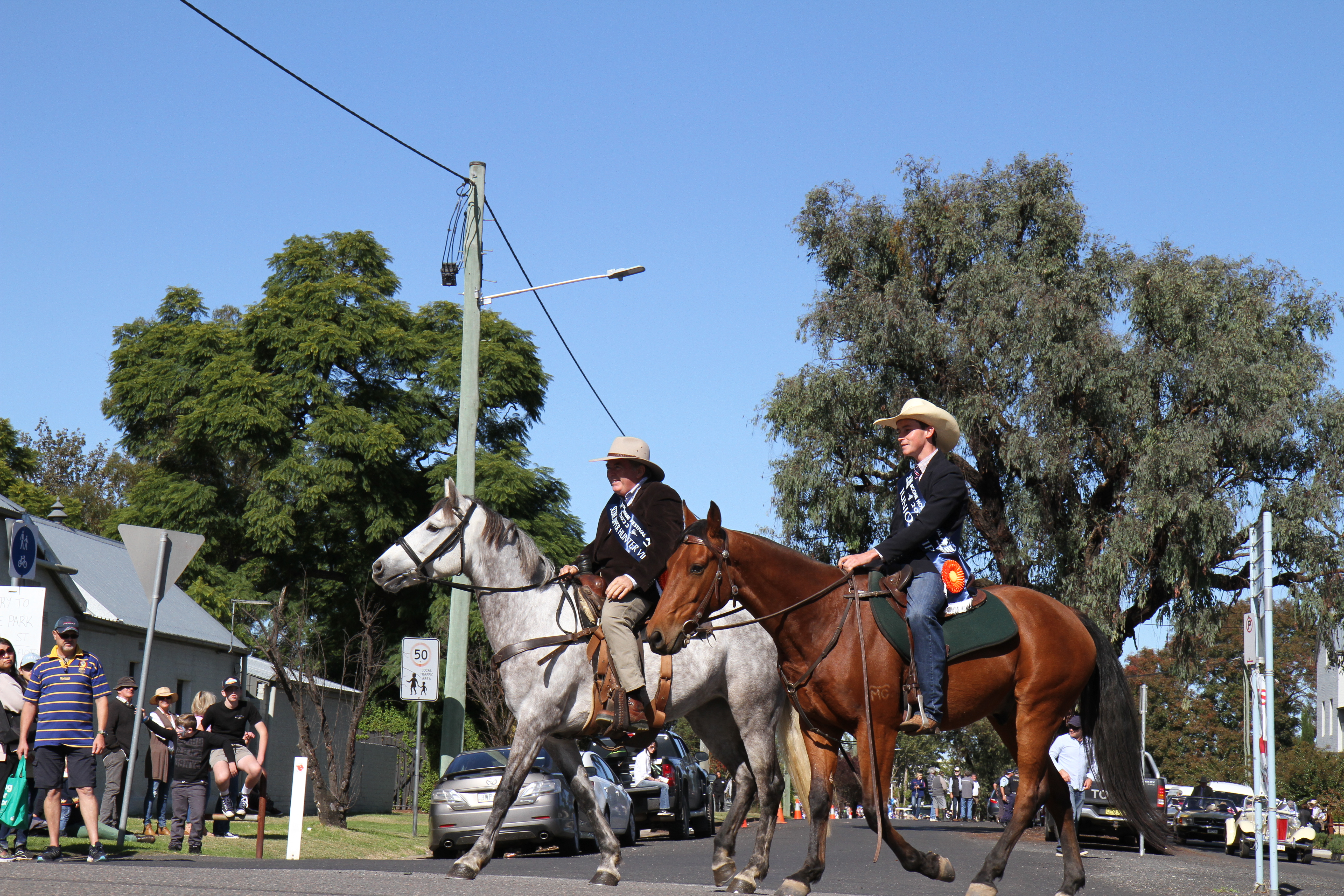 The 2022 Scone Horse Festival was one to remember.

Visitors from across NSW flocked to our nation’s horse capital for a fortnight of fun and activities as hundreds lined the streets for the popular horse parade on Sunday, May 8.

The last parade took place in 2019 and the community were out on force showing support for the much-loved event, on and off the road.

Entrants embraced the theme of ‘Back in the Saddle’, with awards presented to those that stood out to officials.

Best float went to The Yellow Cottage, best school was Scone Preschool with Scone High School and Scone Thoroughbreds Junior Rugby League both receiving a highly commended for their efforts.

Crowds then flocked to Scone Grammar School to enjoy the annual Fete and Market where lines were long but smiles abundant, making up for missed years.

Prior to the parade, the 2022 Scone Horse Festival (SHF) awards were announced at a private evening, hosted by SHF Gold Sponsor, Arrowfield.

James Balfie was declared as the Scone Horse Festival VIP, Efficient was the Horse of the Year and Tyler Kelly was the Young Achiever.

Born in Ireland, James Balfe has always loved horses. He trained and has worked as a farrier all over the world – Ireland, UK, US and Australia. He has been heavily involved in the Professional Farriers Association of NSW and is a wonderful mentor to young farriers.

Efficient is a 13-year-old Australian Stock Horse Gelding owned by the Wamsley family. He has played Polocrosse at a high level for 10 years and is known all over Australia.

Tyler Kelly, 18, is a talented Equestrian Rider – competing in both Show Riding and Eventing. His most memorable win so far would be Grand Champion Rider at the 2017 Grand Nationals.

Though many will remember the Darley Scone Cup race, which was won by the Kris Lees-trained Rustic Steel, the Fashions on the Field competition proved just as popular.

Friday’s competition was an outstanding line up of contestants travelling near and far.

“All Ladies and Gents went above and beyond with original looks and incredibly style which made it difficult for our three judges to choose,” Sharon Lenton of Thoroughbred Events Australia told The Hunter River Times.

“It could have gone either way as it was extremely close between all final line ups of six competitors in each category.”

On Saturday, Fashions on the Field took a new look in the promotion of Family Day.