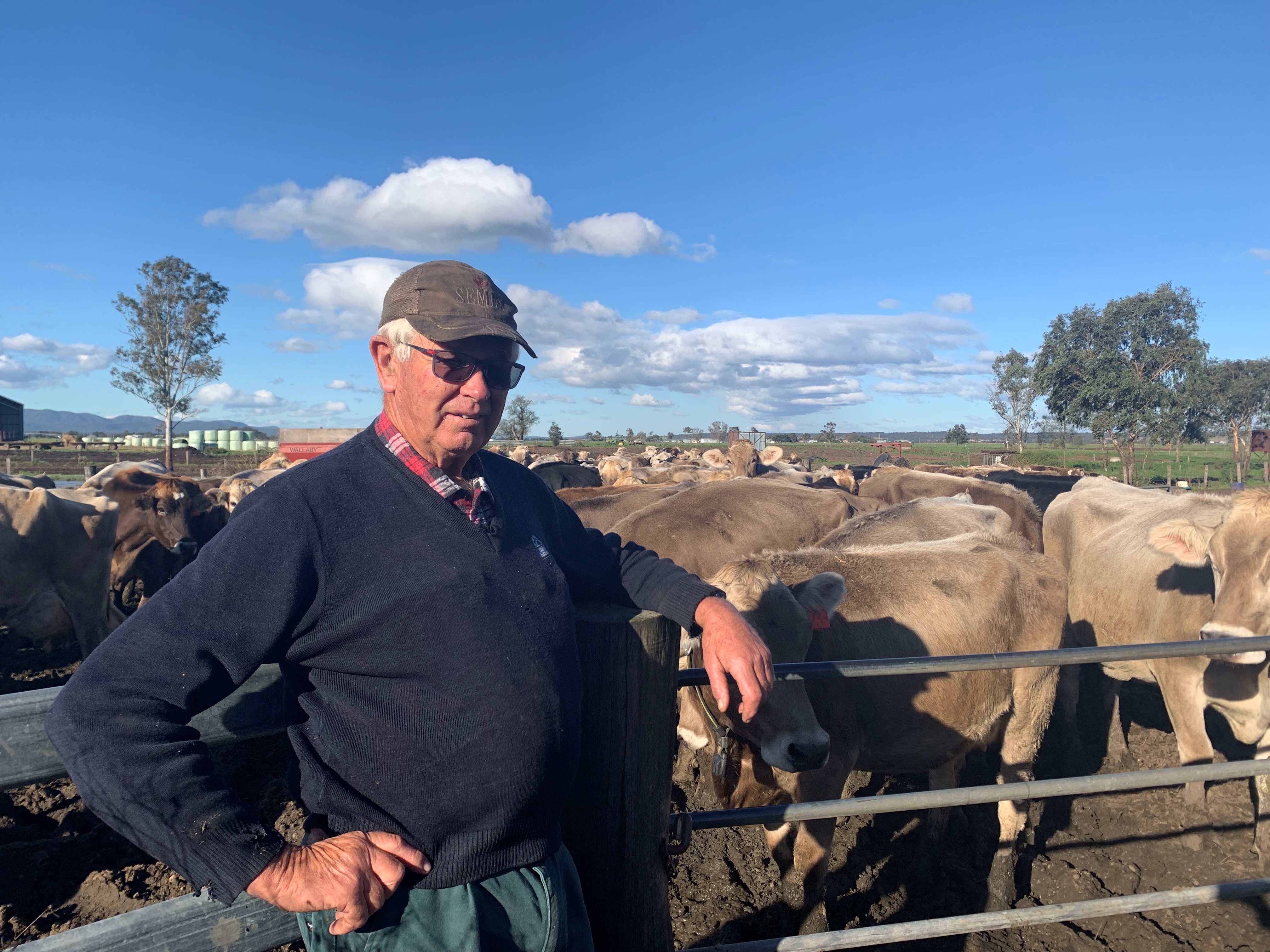 Max’s home by the cattle

For Max Wake, Whittingham’s Benleigh Brown Swiss is more than a farm.

Born in Glendon Brook, Max initially grew up as a journeyman of region when calling Gresford, Reedy Creek, Lower Belford and Stanhope home before he began a three-year stint at Gouldsville working for John Hobden at the Stafford property.

On May 29, 1975 he made the move to Whittingham and hasn’t looked back since.

“The name was actually brought over,” he explained.

“In 1959 we went to Stanhope, working on guernsey stuff, and it was called Benleigh because it was run by a member of the Bendeich family and he married an Everleigh which merged into Benleigh.

Max can usually be found somewhere on his picturesque farm and this has been the case for nearly 50 years.

However, are a few exceptions each year.

The proud farmer has attended every Sydney Royal Easter Show held since 1966, initially assisting Ken Chesworth before showcasing his own cattle from 1974.

Though there were many memories and winning prizes, he fondly reflects on his 1986 triumph.

“We had the very first champion Brown Swiss cow that was ever shown in Sydney that year and Princess Anne was the special guest,” he recalled.

“It is ironic because she returned this year to open the Show as well.

“But I wouldn’t miss the Sydney Show for quids, it was cancelled in 2020 due to covid but I haven’t missed one since moving here.”

Not many can say that they have taken out a prestigious Dairy week national title nevertheless Max captured the champion cow title on four occasions (2002, 2004-05 and 2012).

And his longlist of triumphs at the Singleton Show may never be matched.

Yet all of these memories may not have reached their success had it not been for his farm, his family and his home.

His current home came with the first of these purchases and he has had no regrets.

“Quite frankly I needed it like a hole in the head when I had only started two years before but I could not let this go by and I have been living in it ever since,” he explained.

“We moved into the house on January 1, 1978 which was a memorable date because of the bushfire from the old New England Highway to Glendonbrook.”

The iconic white house, which is visible for commuters leaving and entering Singleton each day, also features a colourful garden.

A far cry from the surrounding muddy paddocks and mooing cattle.

He holds the garden close to his heart.

“My wife Robyn passed away three years ago this week,” Max concluded.

“Things now look pretty good in the garden thanks to Ross Morgan’s wife, Carroll, who was a true friend of Robyn’s and now looks after it like it is her own.