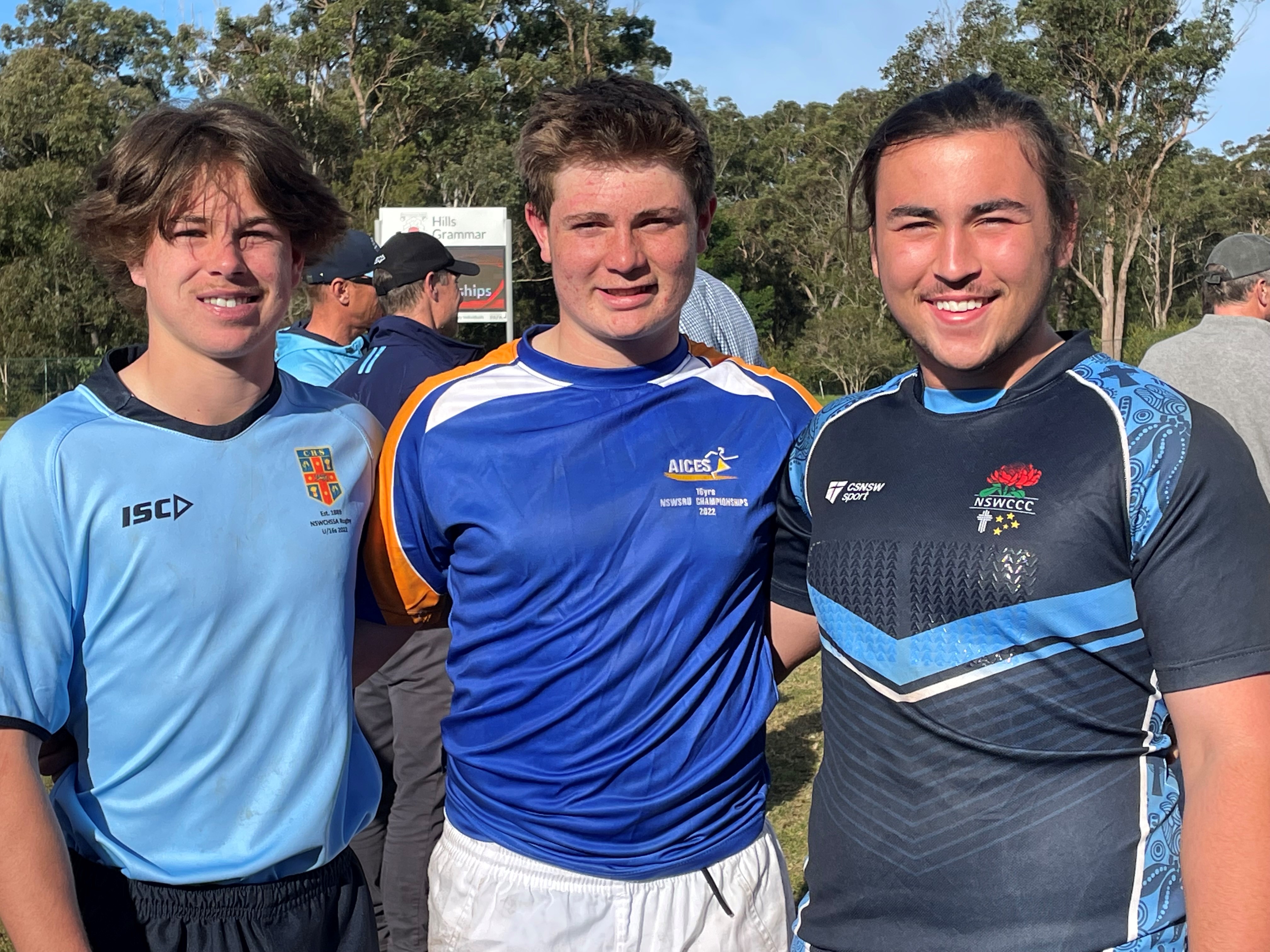 The Singleton Bulls’ under-16 side will have three reasons to smile this Saturday.

The line-up will welcome back Hamish O’Brien, Kaleb Ward and Max Stone when playing host to the fifth placed Wanderers at Rugby Park.

The top of the table Bulls were down to eleven players when they suffered their first defeat of the season to archrival Nelson Bay (26-19) last week.

However, the missing trio had a reasonable excuse of absence.

They had ventured to Sydney’s Hills Grammar School to play in the 2022 All Schools’ Rugby Union tournament, each representing a different side.

O’Brien (Scone Grammar School), who represented the ACIES schools’ team, made history by guiding his side to victory over CHS for the first time in history.

“We went out there and thought we weren’t going to win but we left it all out on the park,” O’Brien told The Hunter River Times.

“Once we scored the first try we thought, hang on we might be on here and I think we won 10-7.”

Though he would then face defeat to the two GPS school teams, it would mark the first time the ACIES team finished in the top four.

“When we played CAS in the first day, we held them pretty well because they only scored one point on us in the first 15 minutes,” Ward reflected.

All three are now counting down training sessions and games until they are old enough to represent the Singleton Bulls’ at grade level.

The next step until then is a junior premiership following their heartbreaking defeat to Nelson Bay in the 2018 under-12 decider.

“Hopefully they can keep us here and foster our development a little more so we can get into that first-grade side,” O’Brien explained.

“When we were playing GPS Ones we were tied 14-14, the crowd was going wild for us.”

“We want to experience that at Singleton with the under-16s and then at grade,” Ward concluded.