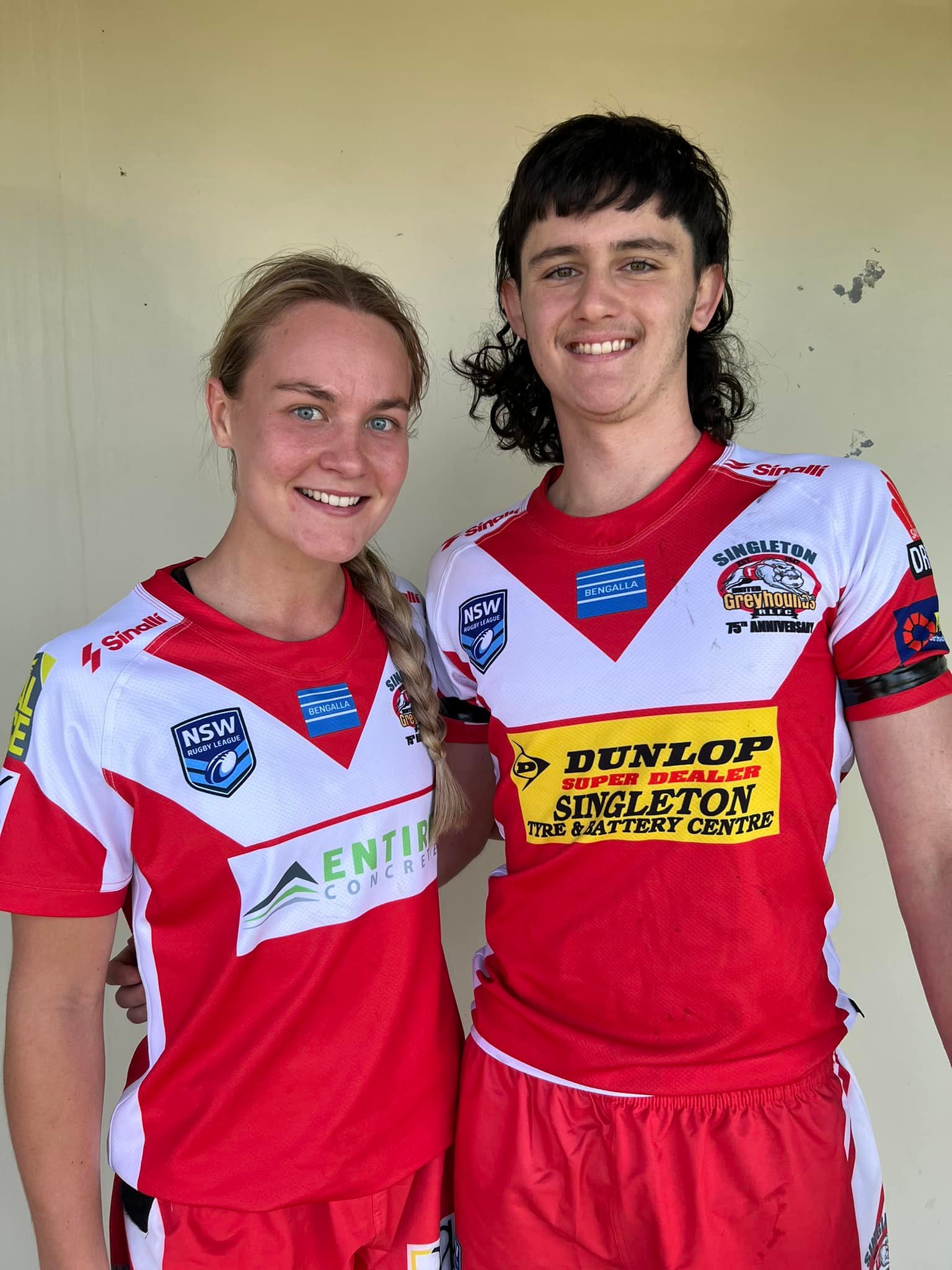 Singleton teenagers Jules Kirkpatrick and Eli Foote had a rep round to remember last week.

Kirkpatrick, 18, made history when celebrating NSW’s State of Origin threepeat at under-19 level.

The NSW line-up ran away with an impressive 22-6 win over Queensland at Leichardt Oval on Thursday, June 27.

The home state held on to a tight 6-4 lead at the main break by which time Kirkpatrick had been brought into the match.

“The atmosphere at the stadium was unreal and it probably didn’t sink in until I was on the field,” Kirkpatrick told The Hunter River Times this week.

“I thought I held my own considering I was a bit smaller than most of the girls in the forwards.”

Kirkpatrick was mobbed by her teammates in a celebratory huddle after the match and the well wishes have continued on social media seven days on.

Then on Saturday, Eli Foote traded the red and white of the Singleton Greyhounds for the Malta under-19 and men’s team against Belmore at Lebanon.