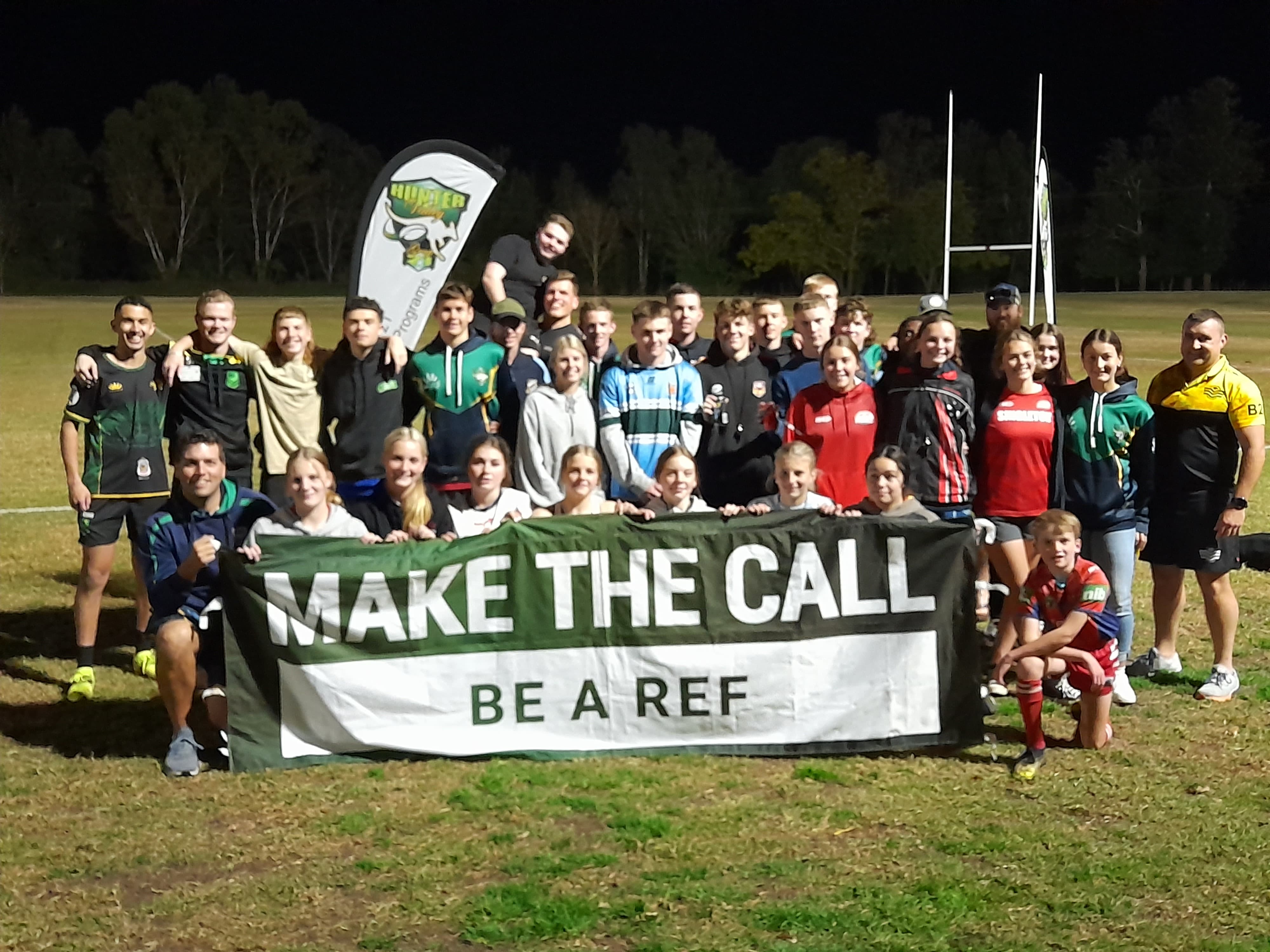 The Greyhounds were officially recognised by the NRL as the very first “Battlefields to Footyfields – Defence Friendly Club”.

Two soldiers from the Soldier Support Company attended the training, Private Mitchell Bowden and Private Shane Biddle with Private Ishaan McNeill who entered the program last year coming along as a peer mentor.

Though the soldiers were qualified as Foundation 1 Referees after their attendance at the day session they still volunteered to come along to another evening session for junior players from the Singleton Greyhounds which was held at Cook Park.

“That night we had a total of 31 new referees graduate out of the Singleton Greyhounds alone,” Kevin Lomax told The Hunter River Times.

The soldiers were put through their paces as referees and linesman over several matches and were intensively coached by NRL Game Development Officers.

“The Singleton Greyhounds are promoting their positive relationship with the Defence community at every opportunity and the Battlefields to Footyfields staff are ecstatically happy with the quality of the representatives that are promoting the initiative from our local Defence participants,” he concluded.