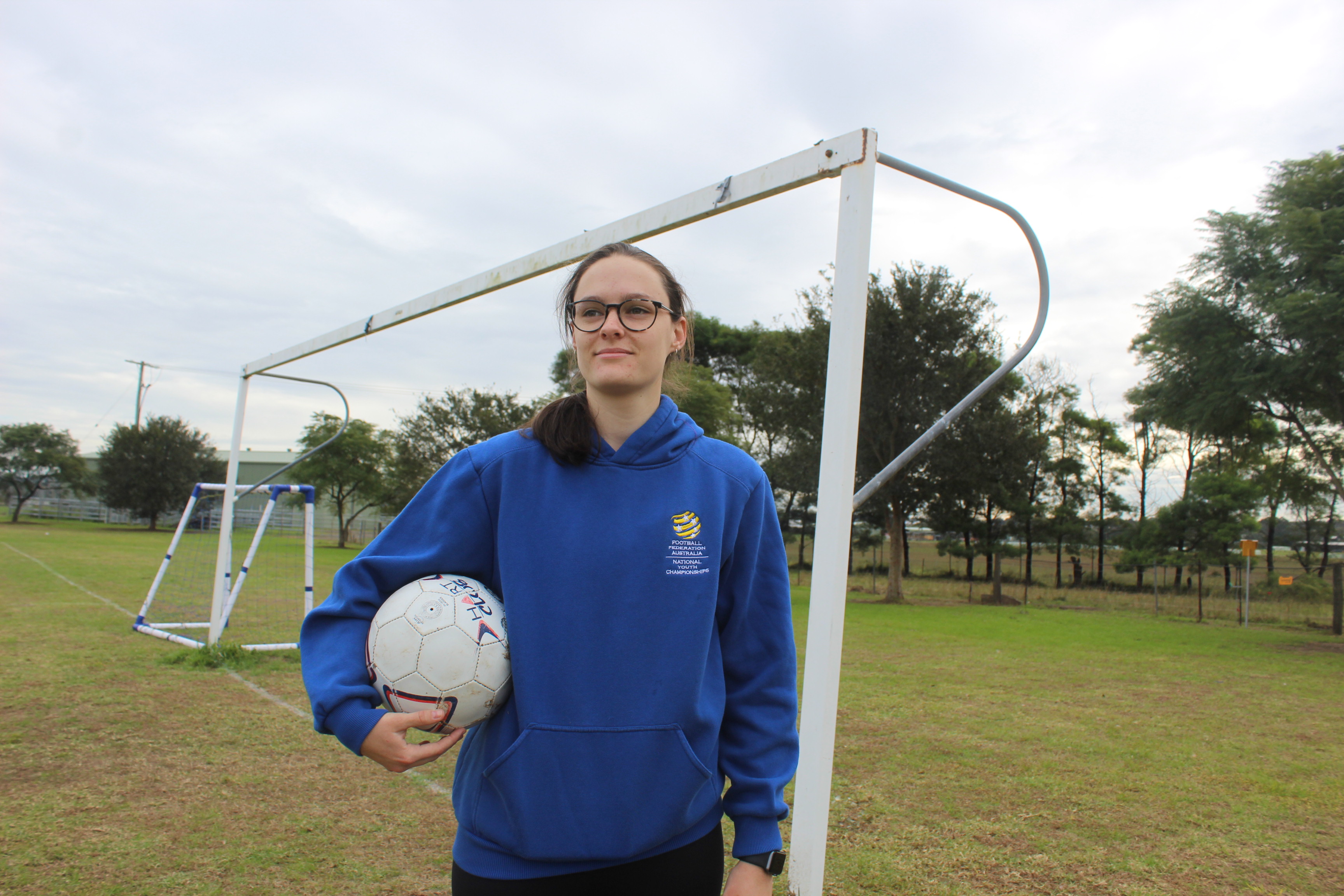 Chloe Martin is happy to fly under the radar.

Like many Year 12 students across the region, her priority will be on her HSC studies at Singleton’s St Catherine’s Catholic College for the remainder of 2022 after which she hopes to study Chemical Engineering in the following years.

However it would be remiss of us not to reflect on her junior football career which has seen her excel at club, school and representative level over the past decade.

Martin commenced her round ball journey as a six-year-old with the Muswellbrook Eagles before her family moved to Queensland.

There she continued to pick up skills when playing for the Clermont Tigers junior club before returning to play for the Singleton Strikers.

By then it didn’t take long for the talented 12-year-old to make her way to the Hunter Hawks and before too long she was donning the colours of the Newcastle Jets as an academy player from 2017-21.

Though her Jets stint came to close for her studies she has continued to play for Charlestown Azzurri at WNPL level where she made her first-grade debut against Warners Bay.

This coincided with her state title at school level, helping her Maitland Newcastle Diocese team to a 3-2 final win at the CCC Open Girls Tournament in Sydney.

“I actually first made the team in 2019 when I was in Year 9 but I missed a penalty and we did not make the finals,” Martin told The Hunter River Times.

“In 2020 it was cancelled and then last year I was in the team as a shadow player because I was unwell during the trial.”

An injury to her Newcastle Jets teammate Leah O’Hagan allowed Martin more time on the field in 2021 however the side finished second in their pool.

Fast forward to the main break of this year’s final and Martin was driven to finish her school football career on top.

“We were down 1-2 at half time but we dug deep and Maddy Howard from Adamstown scored the equaliser,” she reflected.

“Then one of my Newcastle Jets teammates’ scored the winning goal and we were home.”