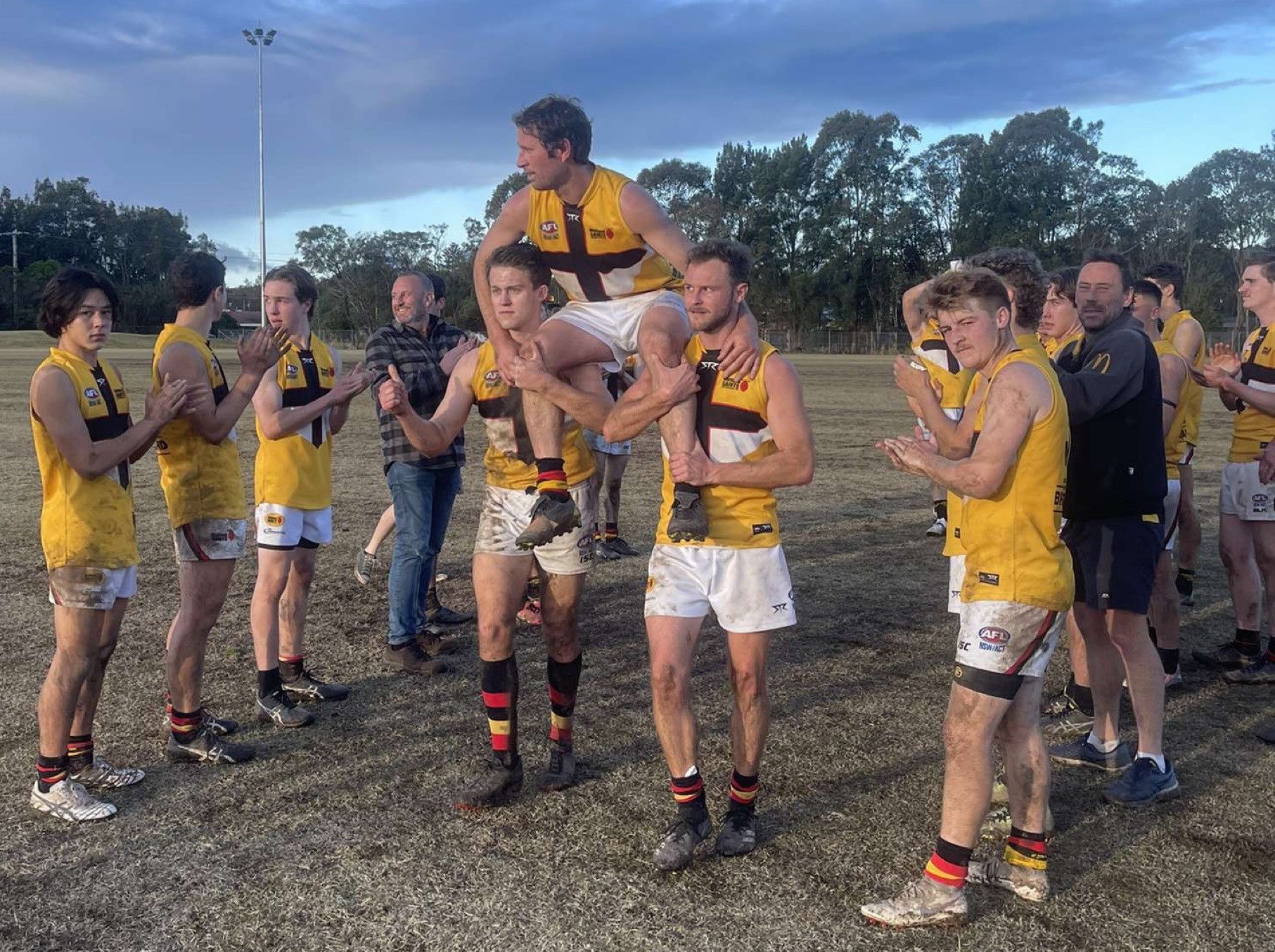 It wasn’t the result that Ben Stewart wanted.

However the 36-year-old defender proved he was still one of our region’s most gifted football talents when chaired off for his 250th men’s match in the AFL Hunter Central Coast region.

Stewart commenced his junior career back in 1989 with the Palmerston Magpies before travelling to WAFL club Swan Districts from 2001-02.

He was also considered one of the Saints’ best players on Saturday, inspiring his side to a four-point lead at the main break before suffering a 11.9 (75) to 4.5 (29) defeat to Warners Bay.

“He (Stewart) was unbelievable and 14 of our 22 players are still teenagers at the moment so that has to be some sort of record,” Maitland Saints co-coach Dustin Spriggs told The Hunter River Times.

“We’re not getting the results every week but we feel that they are coming.”

The Saints will now play host to the Cardiff Hawks this Saturday at Max McMahon Oval.