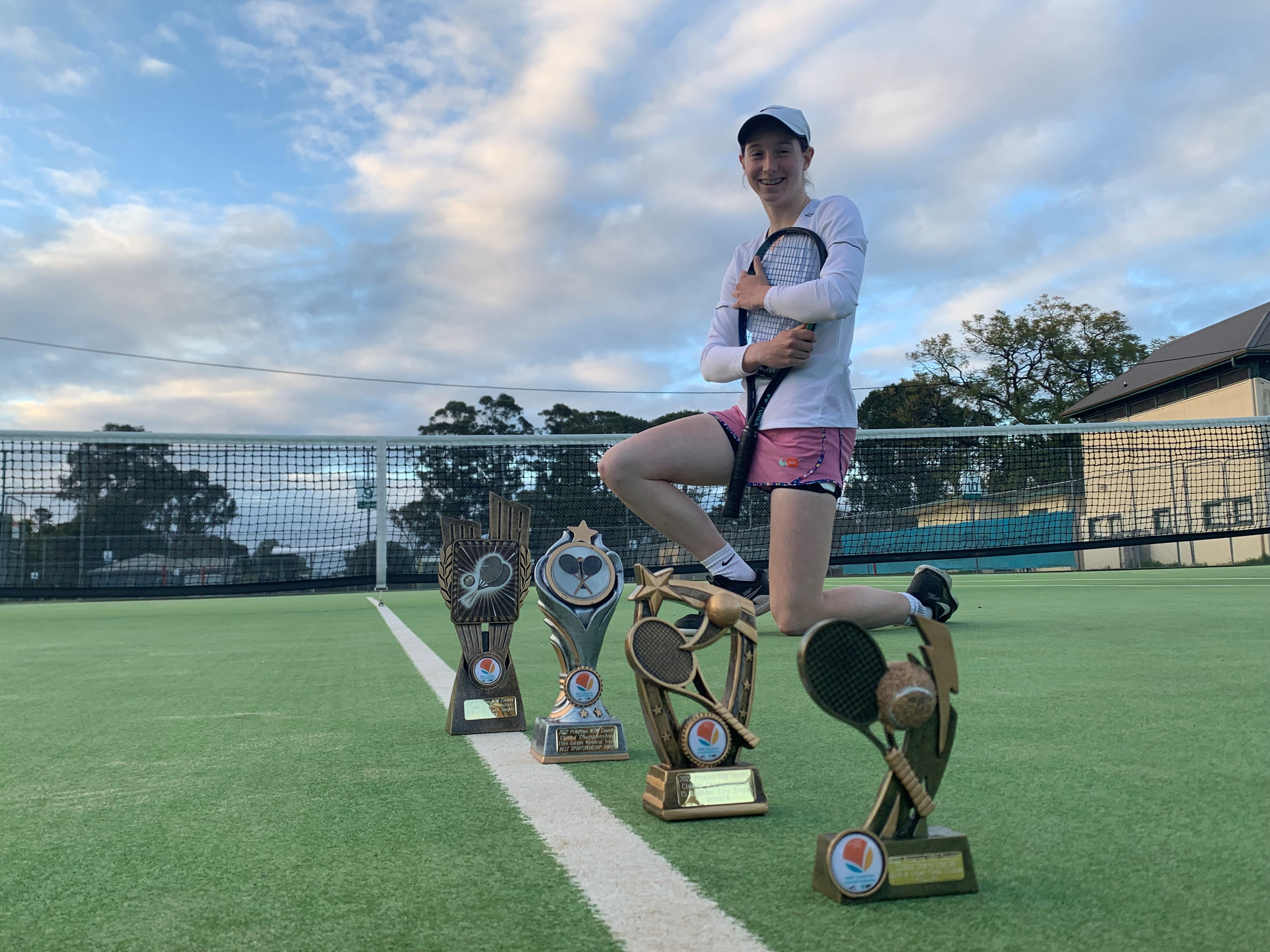 Singleton’s Ella McLeod had many reasons to smile when returning from the NSW Country Championships held at the Forster Tennis Club this month.

She and Stojanovic would then meet again in the Mixed Doubles final however McLeod and her partner Isaac Elson would receive runners up trophies in the
4-2 5-3 defeat.

Then, there was a fourth trophy.

She revealed that this one was her most cherished from the event.

“They announced that I was the first winner of the Ellen Gordon Award for female best and fairest at the tournament,” McLeod told The Hunter River Times.

“(The late) Ellen Gordon was a tennis tournament director who I met many times, and they made a memorial trophy for her so to get the vote from all the officials was really nice.”

She also celebrated an NSW All Schools AFL title for the CIS representative line-up in Albury earlier this season and kicked a crucial goal in the Singleton Roosters Youth Girls’ narrow win over Warners Bay at Feighan Oval on Sunday.

However tennis remains her focus for now.

“I have had a few injuries in the last two years and a thumb injury earlier this year but many tournaments have been cancelled due to covid and rain so it was a good year to have them,” she concluded.

McLeod will enter next year’s tournament as favourite for both the 16 and 17 & Under titles as a result of her success and her hard work ethic each week.