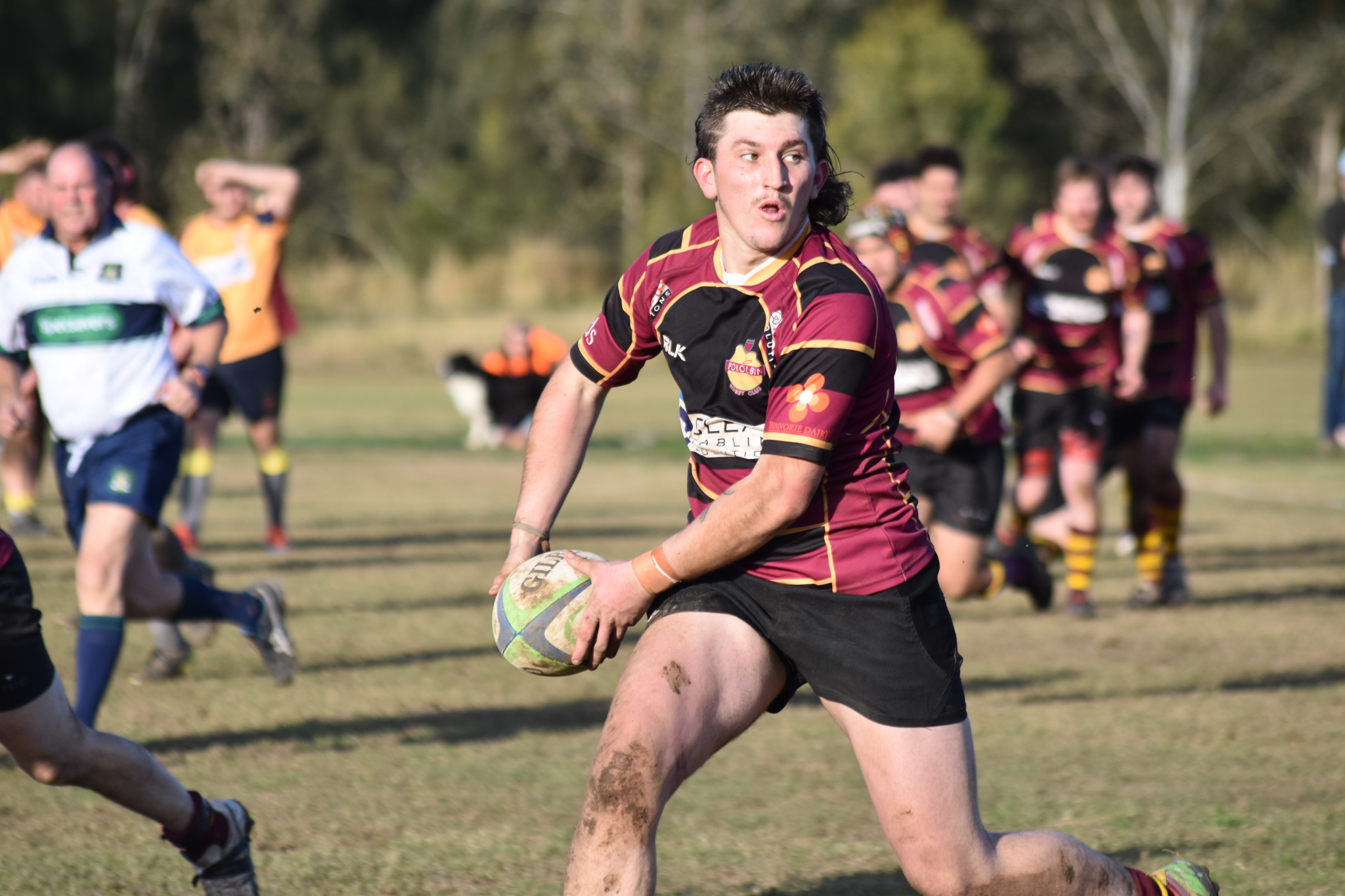 Pokolbin Reds co-coach Luke Kermode may have been 245km away from his teammates on Saturday.

Nevertheless even he was all smiles when he found out his line-up, led by his coaching partner Glenn Buttrey, celebrated a dominant 40-12 win over Lake Macquarie Gold at Nulkaba.

Lake Macquarie had dropped down from the Premier competition to replace the Cessnock Mongrels.

Divided into two line-ups, the Reds’ coaching duo did not know what to make of the incoming Premier club which was split into two sides.

“We told the boys that they were going to be good and strong,” Kermode told The Hunter River Times on Monday.

“So when I saw the score line, it was a bit unexpected but I am really proud of the boys.”

The Reds were originally scheduled to have the bye on Saturday so six players, including Kermode, were unavailable for the clash.

Thankfully, the club’s depth still allowed for seven substitutes while inside centre Brady Hay continued to impress all before him.

They will now welcome back a number of players including Liam O’Brien this Saturday when they play Lake Macquarie Maroon at Walters Park.