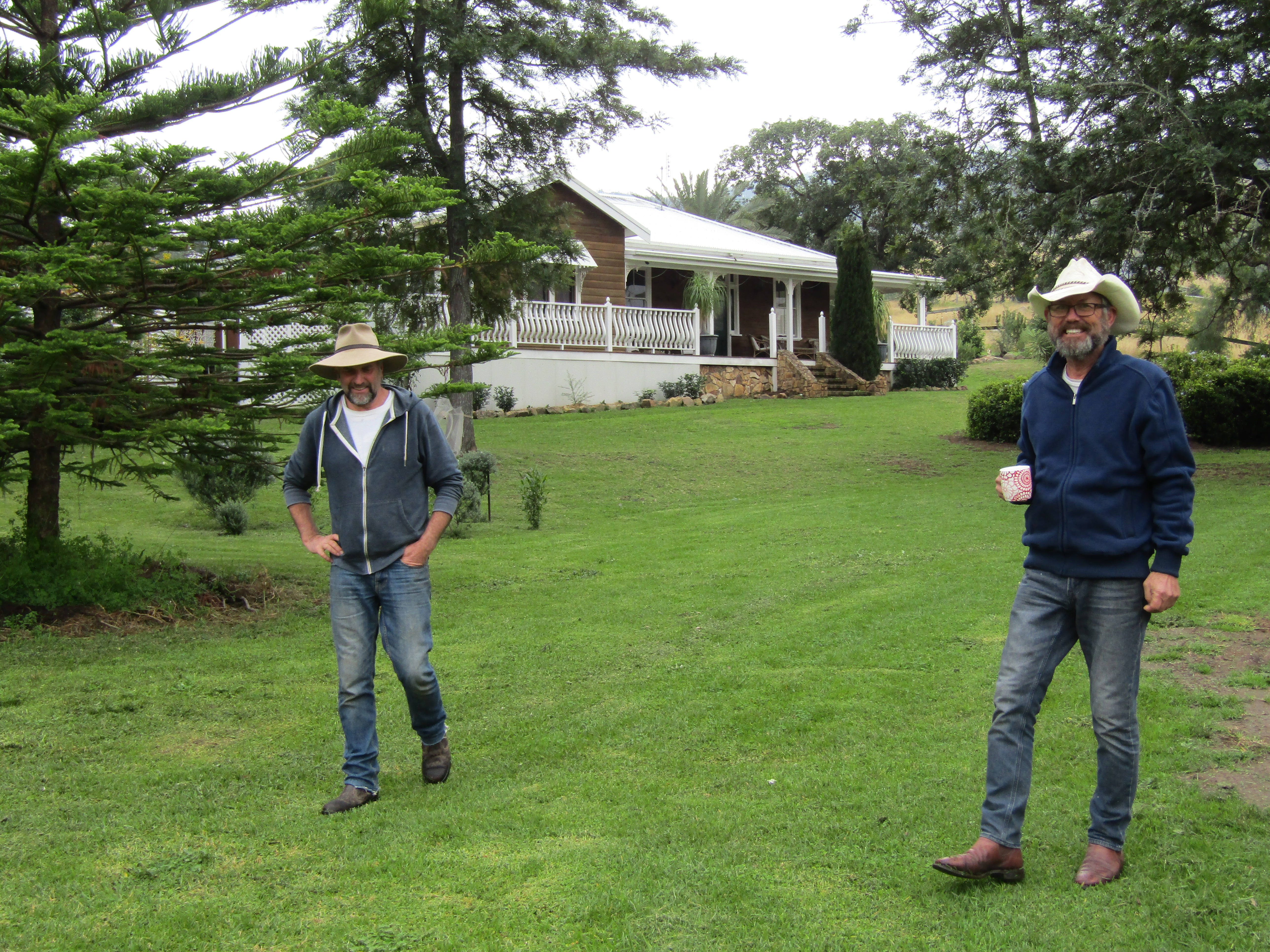 If you think there is nothing but mines between Muswellbrook and Singleton, think again.

Introducing Strathclyde House, nestled in amongst the hills of Hebden.

It’s a property its owners will never part with, for neither love nor money.

Ross Clydesdale and John Galloway have spent the past 30 years restoring the homestead and historic garden describing the project as a labour of love.

A project that continues to evolve each day.

Each issue we visit a beautiful local home and meet the people who live there over a cuppa and a good chat to discover their story and why they wouldn’t sell for anything.

Ross Clydsdale is one such homeowner who not only lives in his dream home, but has a tale to tell steeped in family and local history, a passion for heritage and a determination to rebuild and preserve a legacy for future generations.

Oh… if the walls could talk.

Strathclyde House sits at the mouth of a stunning fertile valley literally half way between Muswellbrook and Singleton at Hebden. Parts of the homestead itself date back to around the 1850’s. The allotment is named after the region of the same name in Scotland and it’s his very Australian local version of a Scottish castle.

History tells the tale from the early settler era when Joe Governor, the famous local bushranger was menacing the area and no doubt spending considerable time ‘a menacing’ on and around the property. History tells of a controversial death that occurred at the original Cedarvale slab hut which still stands in reasonably fine condition a little further up the dirt track that leads into the head of the valley past the main house front gate. Ross has ensured that Cedarvale has been maintained to a basic standard that will allow for its restoration in the not too distant future.

Ross was born and bred on the property and it has been in the family for around five generations. The home was his grandparents and where they spent a lifetime carving out a living and decades of memories. They arrived in 1928 to reside in the homestead which was originally part of the Scrumlo landholding. After decades of family life, the home fell into disrepair and became derelict around the 1940s.

Taking in 4000 acres in the head of a naturally stunning valley, the property comes complete with remnant rainforest, naturally flowing waterfalls and crystal-clear pools, soaring escarpments, and giant grass tree forests. Originally Strathclyde was a merino sheep and cattle property, but by the mid seventies, the wild dogs ultimately saw the end of wool production.

Deciding long ago that it was his life ambition to restore the original family home and property to its former glory and a bit more, it has been an ongoing labour of love for 30 years.

When Ross started, it was essentially a wreck of decaying structures that many would have bulldozed. It has all now been restored and reimagined to better than past glory and will stand the test of time for the generations to come. It’s a credit to Ross and his dogged commitment to preserve important local family and Hunter history.

Working with his Scottish house mate, good mate, and live in horticulturalist and resident head gardener John Galloway, the two are working to bring a garden and home fit for a Scottish castle to life. Well, a very Australian version of a rambling castle in this case.

John’s journey from Scotland to Strathclyde started when he decided he had had enough of the big smoke. He had been working in Sydney and been coming up to help Ross design expansive heritage style gardens to compliment the homestead and revive the remanent historical plantings, some of which are well over 100 years old.

A few years ago, John secured work in Muswellbrook and decided to move to the Hunter full time and with Ross, has been working to bring it all to life. It has been a constantly evolving plan that they have talked about over one too many beers and the occasional red wine after many days, months and years of hard work.

As a working property, stock production takes a soft approach to the land. Ross applies a strategy of light stock coverage totalling around just 600 head. It’s enough to make it sustainable while retaining its natural beauty, productivity and resilience.

After the devastation of the drought. Future improvements will see drought proofing of the gardens and additions such as ornamental ponds and water features to not only sustain the plantings, but the local fauna as well.

The plan will create a refuge for the ‘other’ residents of the property such as kangaroos, wallabies, quolls and koalas and other native birdlife and important species such as native bees.

It will also provide welcome summer relief for the rabble of questionably skilled and under qualified working dogs headed up by the adorable three-legged geriatric top dog that is the beautiful ‘Bonnie Girl’. The many curious equine residents are the other great love of Ross’s life and round out this unique household.

His greatest regret is that he knows he won’t live to 150, because this labour of love is a project that can never be truly finished, only passed on, progressed and sensitively evolved before being passed on again.

Strathclyde should be a lasting legacy that all people interested in Hunter history can be proud of, hopefully for many generations to come.