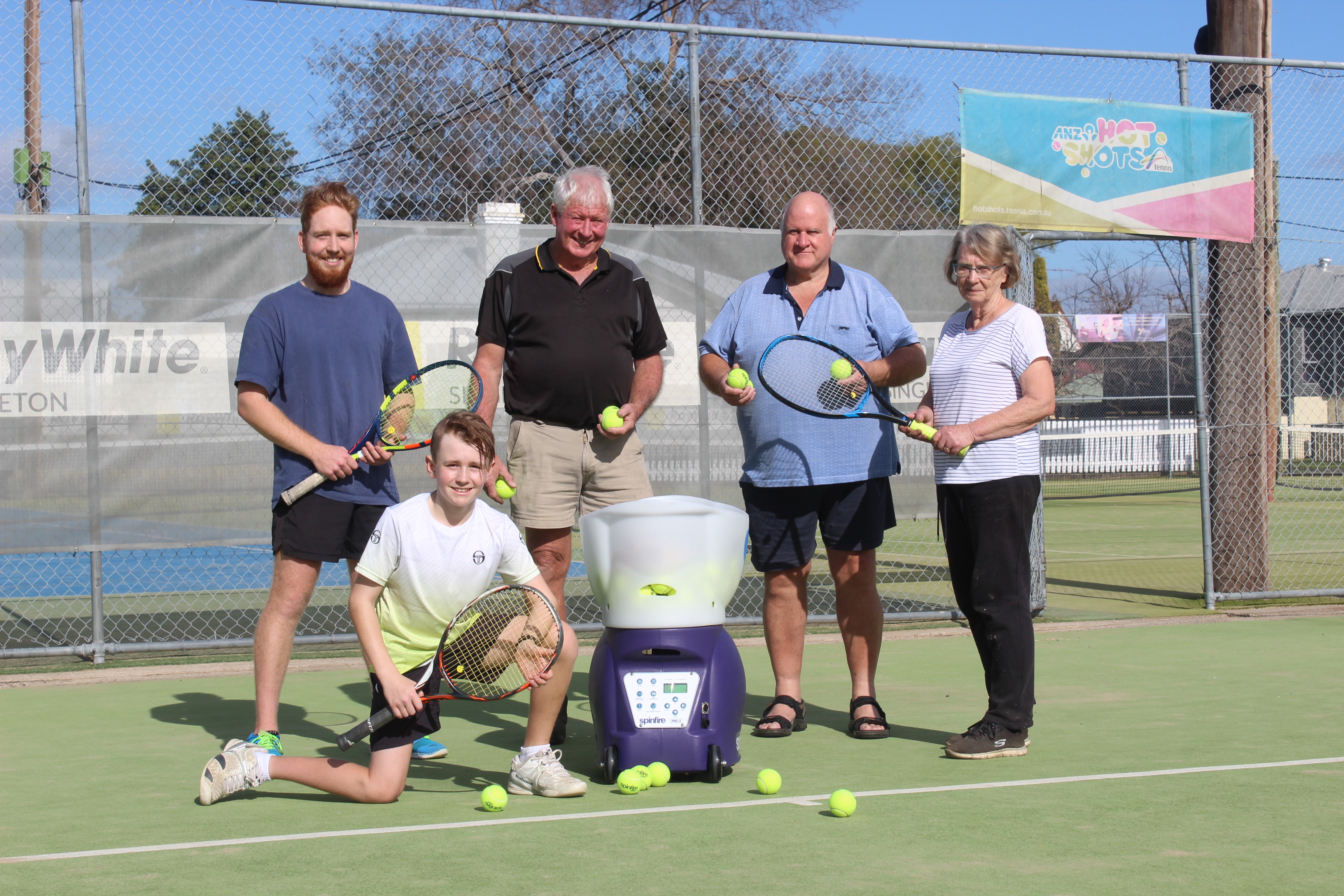 Singleton’s Howe Park tennis club will be well served in the coming years thanks to a new addition.

Howe Park tennis club stalwart Ross Thomson admits he was delighted to witness his junior talents make use of the facility’s new ball machine this week.

“We decided that we needed a ball machine for the kids, and we went to Glencore to apply for the grant,” Thomson told The Hunter River Times.

“Not only were they able to supply the whole machine but they also provided all the balls that came with it.

“That was a considerable amount of money, but it has added real value to the club.”

Club president Craig Miles believes a third of these juniors will receive a chance to use the new machine over the next fortnight.

“I have already seen some of the coaches starting to use it,” Miles added.

“We had an old ball machine here which was second hand, but it hasn’t been reliable whereas this will serve us well for the next few years.

“Children can use this machine free of charge as can our adult members during the daylight.”