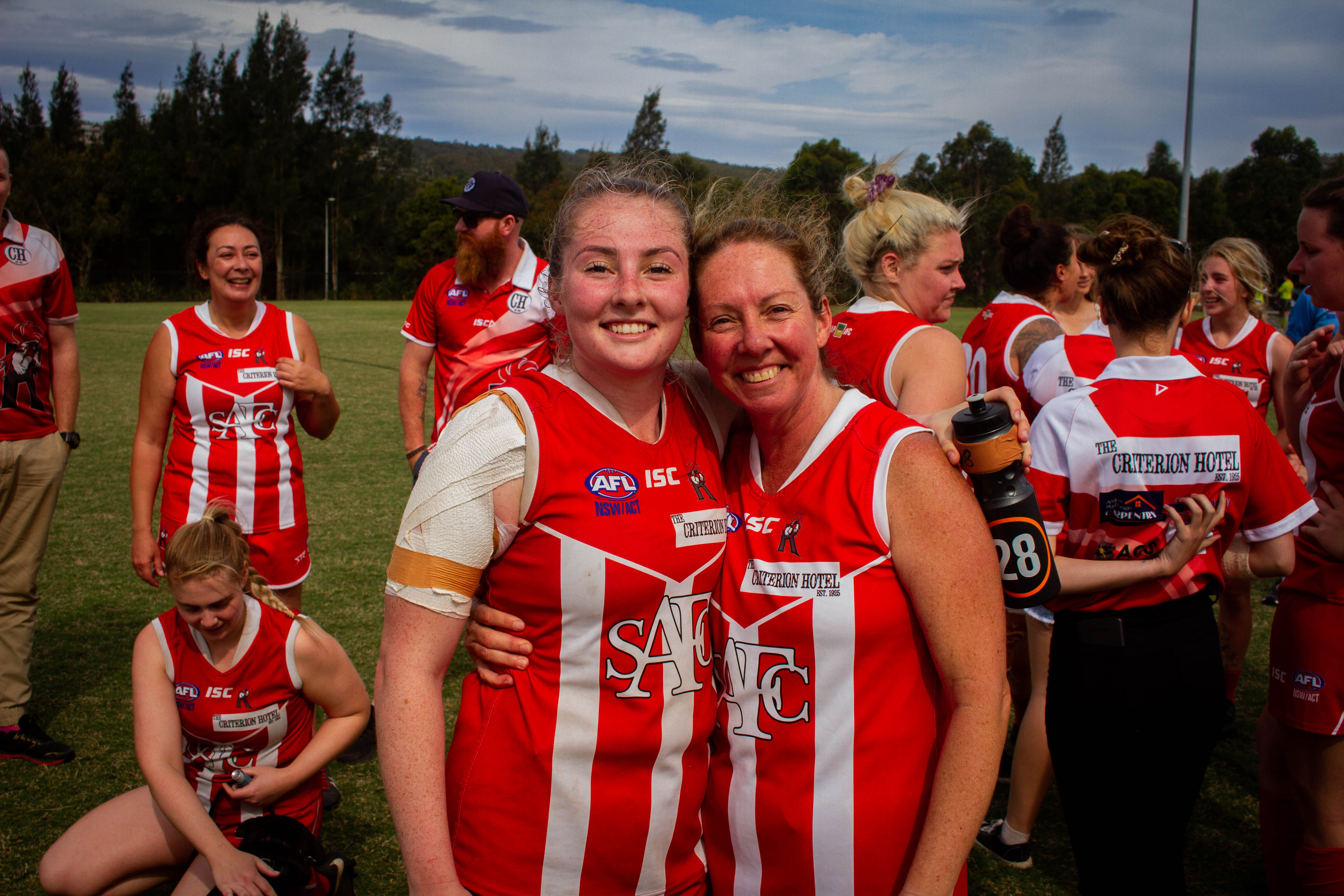 A win for Nads

There was a common theme around the Singleton playing group on the eve of the grand final.

When each player was asked about their motivation in the big dance more often than not their playing coach Nadene McBride claimed a mention.

“To play with her this far and now for her to be coaching the side, not many people can say they have played footy with their mum,” her daughter Kyah proudly declared.

“Both Mum and I are probably some of the most passionate about footy and I’m so proud to share these moments.”

Nadene was also selected as coach of the league’s team of the year which featured Kyah, Tori Cowburn, Sophie Breeze, Maddy Edsell as well as Kalani and Paula Bates.

Most fittingly, she was recognised by the AFL Hunter Central Coast as a nominee for the James J Arnold Club Person of the Year Award.