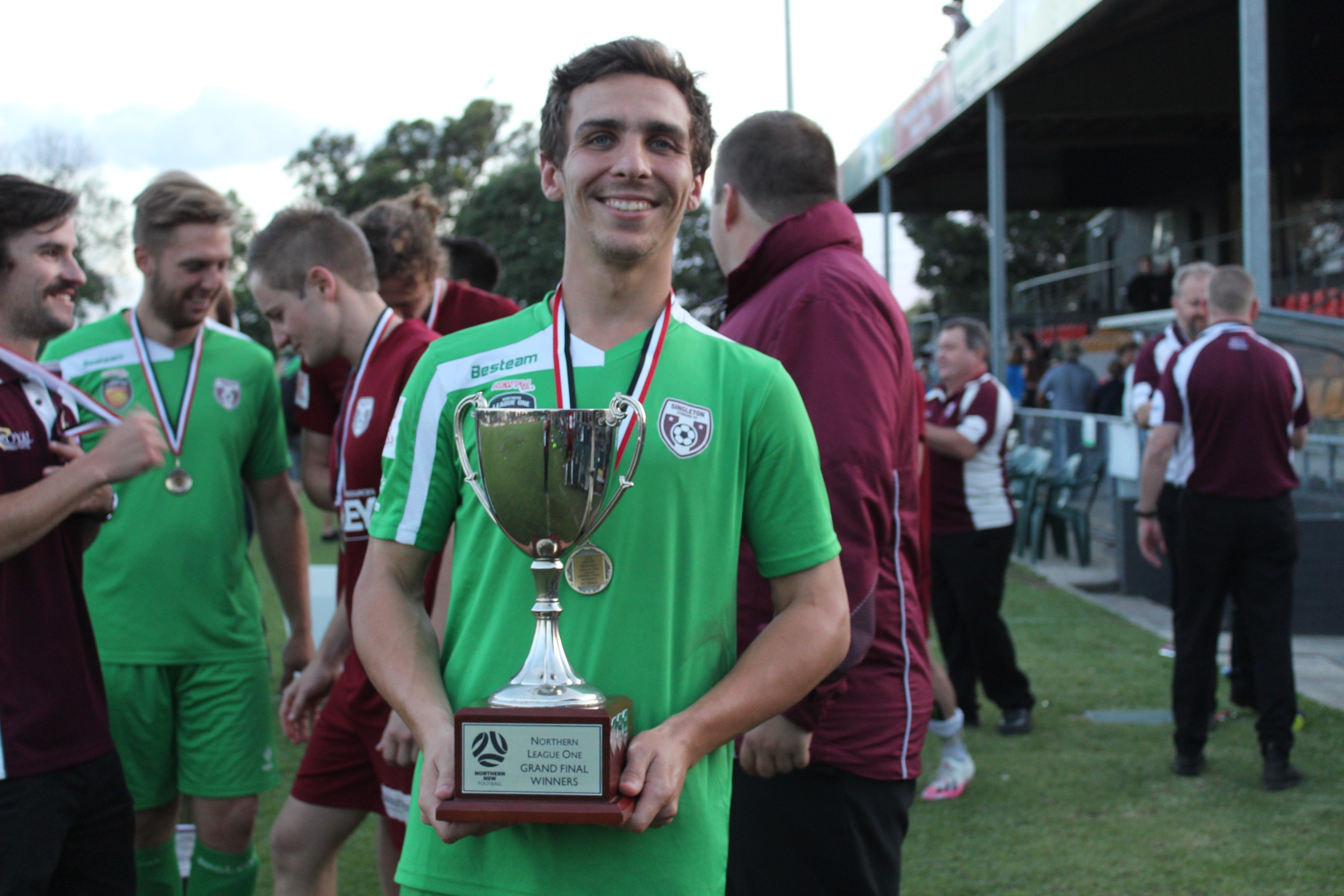 Fast forward to the final whistle of Saturday’s season decider and the 26-year-old would finish this year’s shortened Northern League One season with eight.

“This is a dream,” Cleaver said on Saturday with a medal around his neck.

“At the start of the year my highest aspiration as a footballer was to secure a home semi-final.

“That was my only aim and we claimed it.”

Cleaver proved outstanding in the Strikers’ scoreless draw with West Wallsend in March before finishing the regular season with five to his name.

Then came a finals series like no other as the Strikers recorded a 7-0 goal differential across the three clashes.

“Joel (Barner) was deserving of the best on ground medal but I thought Corey was pretty close with his game as well,” coach Brendan Slade added.