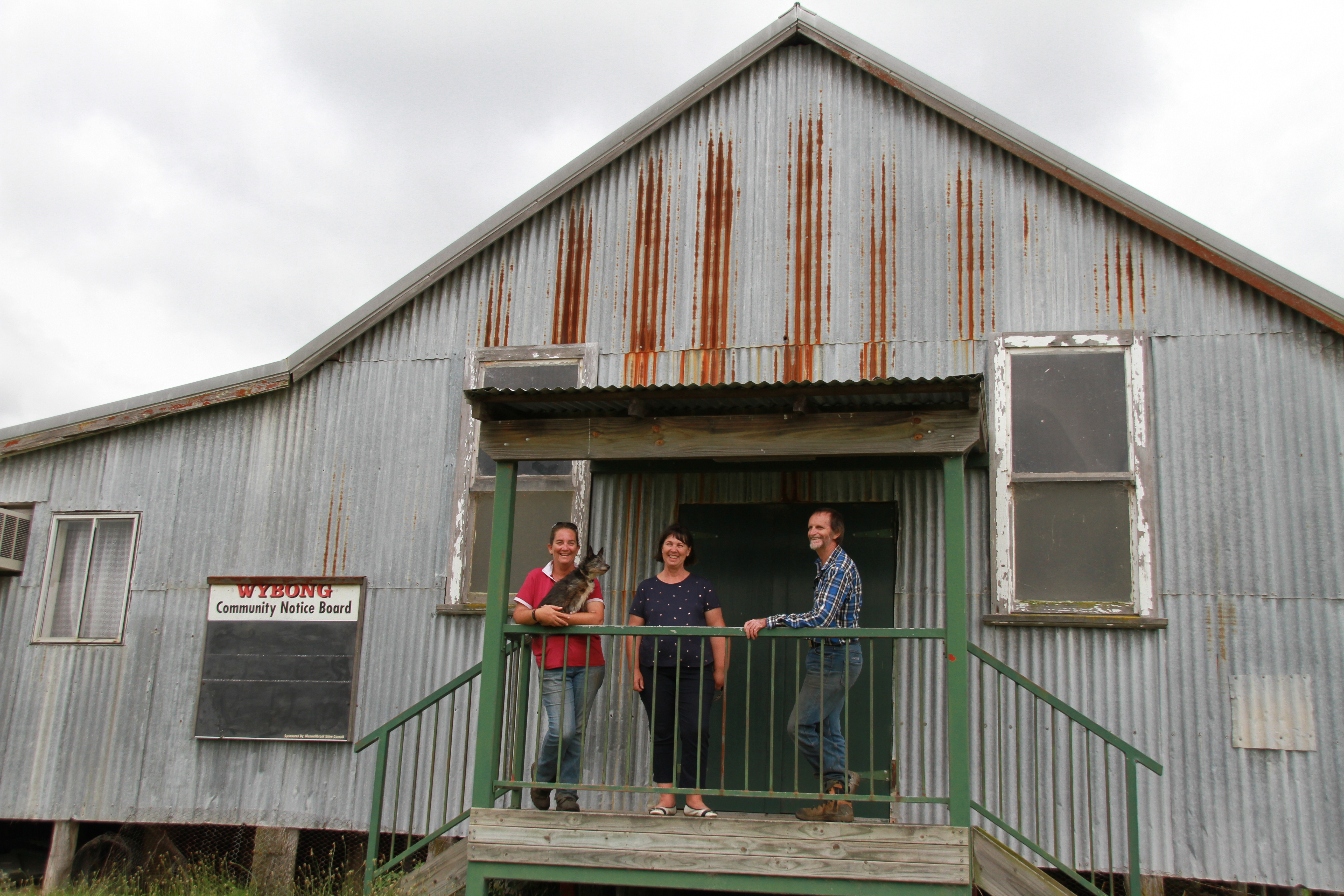 Wybong Hall Heart Of The Community

Wybong Hall has a history of community passion and support to thank for keeping it standing.

First opened in 1923, the hall has served many purposes bringing more families through the doors according to current committee members.

The committee believe in the early days it served as a returned serviceman’s facility, as well as a community asset along with the school and numerous sporting fields that were also in the Wybong area.

Adjoining property owners donated land for the hall and volunteers built the structure – the original foundation and bones of their work still stand.

For a time, they even held a record for the Worlds Biggest Barn Dance with over 200 people taking part in the early 2000s.

The late Max Watters ran weekly art classes at Wybong Hall with generations of families picking up the brush with his expert guidance.

Toybox has also been a key part of the family routine over the years, as is the craft group that meets each week.

In 1999 Wybong Hall fell on hard times when there was not enough income to cover operating expenses like insurance and maintenance.

“They (the committee) wrote to every coal mine, every property owner, anyone around that might give us some money – and they did,” committee treasurer Sheryl Valley said, adding that her father and a friend even started regular card games to fundraise for the hall.

As the Wybong population dropped things like the regular dances have come to an end, but an extension is being built that will increase the size of the space as well as potential uses for the hall, and the committee are as passionate as ever about keeping it going.

“I just think it is a great little community and the people are just lovely and always ready to help you,” committee president Judy Anshaw said.

“That’s why when we got bought out, we chose to try and find somewhere still within the Wybong area because we just didn’t want to move.”

“I just think it is a good meeting place that people can come to,” Sheryl Valley added.

Wybong Hall has proven its place in the community and now is the perfect opportunity for people to get involved.

The Wybong Hall AGM will be held this Sunday, January 17, at 5pm at the hall and anyone interested in getting involved is encouraged to attend.