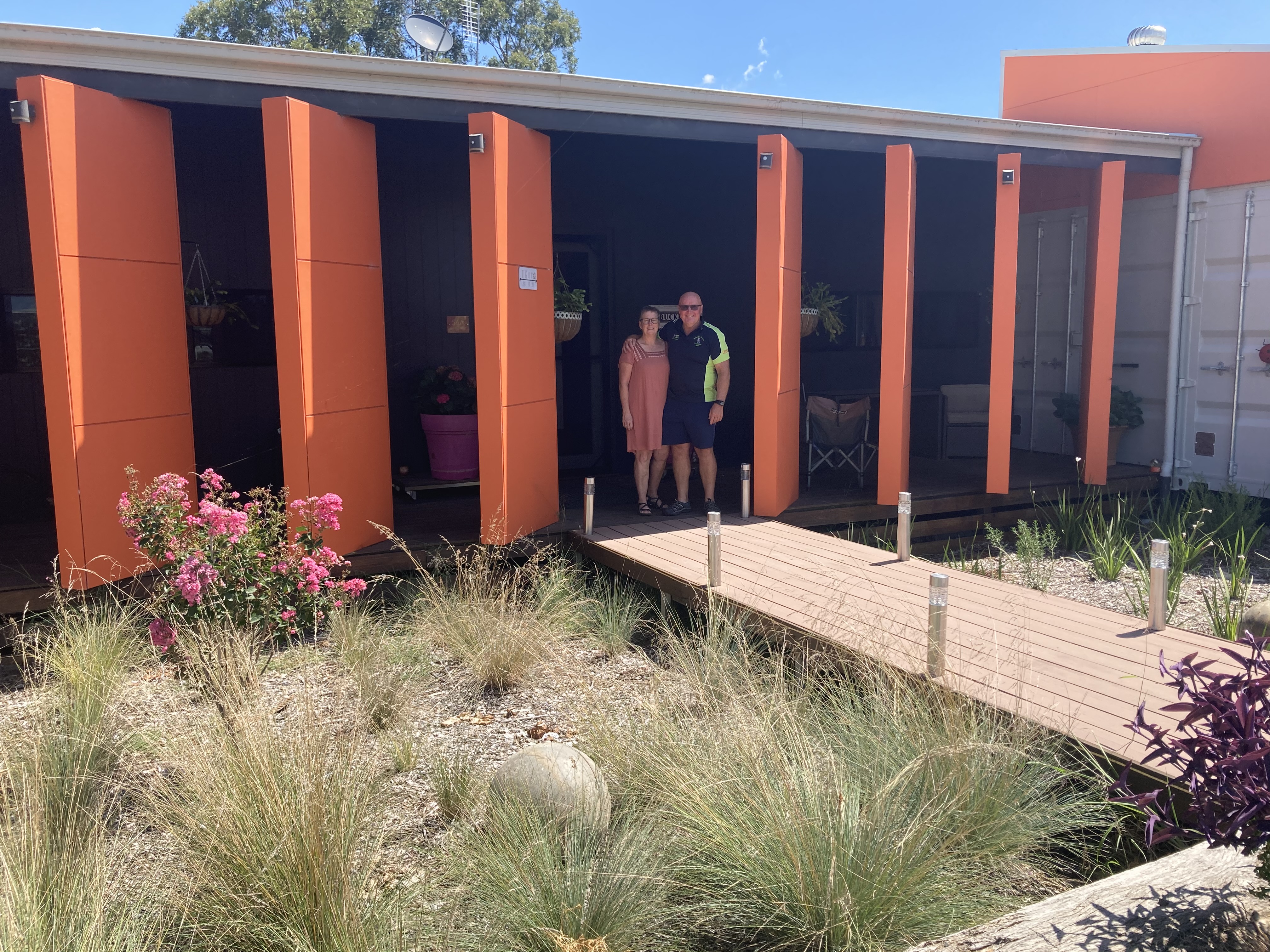 Innovation and Ideas Behind the Orange Home on the Hill

You would be forgiven for thinking Alf and Audrey Buckley’s favourite colour is orange.

Just for the record it isn’t but when architect Hugh Walker designed the iconic Clydesdale home, he used his own statement colour.

“We did have a look at a blue exterior but we stuck with the orange,” Audrey said and when you walk through the interior it is obvious it was a colour that grew on them.

Driving up Redbournberry Hill and you will find the property on the right, taking pride of place on two acres of land near Singleton Saleyards.

Many have thought the building has been part of the saleyards site but in fact it is very much a family home and one that has created plenty of interest to those who look beyond the common home build options.

The home is built predominantly from shipping containers and comes from Alf’s extensive international work opportunities.  Civil mining found him working in the Gobi Desert in Mongolia, the company announced intentions of using 40 shipping containers to build an office block.

“I thought it was a crazy idea but when it came together, I was really impressed,” Alf said.

Alf and Audrey had lived on a farm along Glendon Lane at Singleton for around 20 years but decided, while they loved the countryside, they didn’t want the 100 acres and the work that goes along with that.

They wanted land, a smaller plot, closer to town but when they initially spoke with real estate agents they were told to keep dreaming.

During a bike ride in the area, they came across a sign on their soon-to-be property, it had fallen down, but on closer inspection it revealed that the land they were standing near was in fact, actually for sale.

To cut a long story short, they purchased the land and the discussion of using shipping containers to create their home became the hot topic.

Alf says the project was one that came with a lot of assistance, imagination, innovation and ideas from a few people who they want to thank.

Ross Smith, who lives further up the hill, provided his boiler making experience and his enthusiasm for the job resulted in this casual acquaintance becoming a very good friend during the build.

The build took around 15 months with Ross assisting with a range of individual projects starting with putting the containers into place.

Alf and Audrey also thank Hunter Handyman Ben Smith and his offsiders, Lochie and Jessie, who they paid by the hour to do the work they couldn’t.