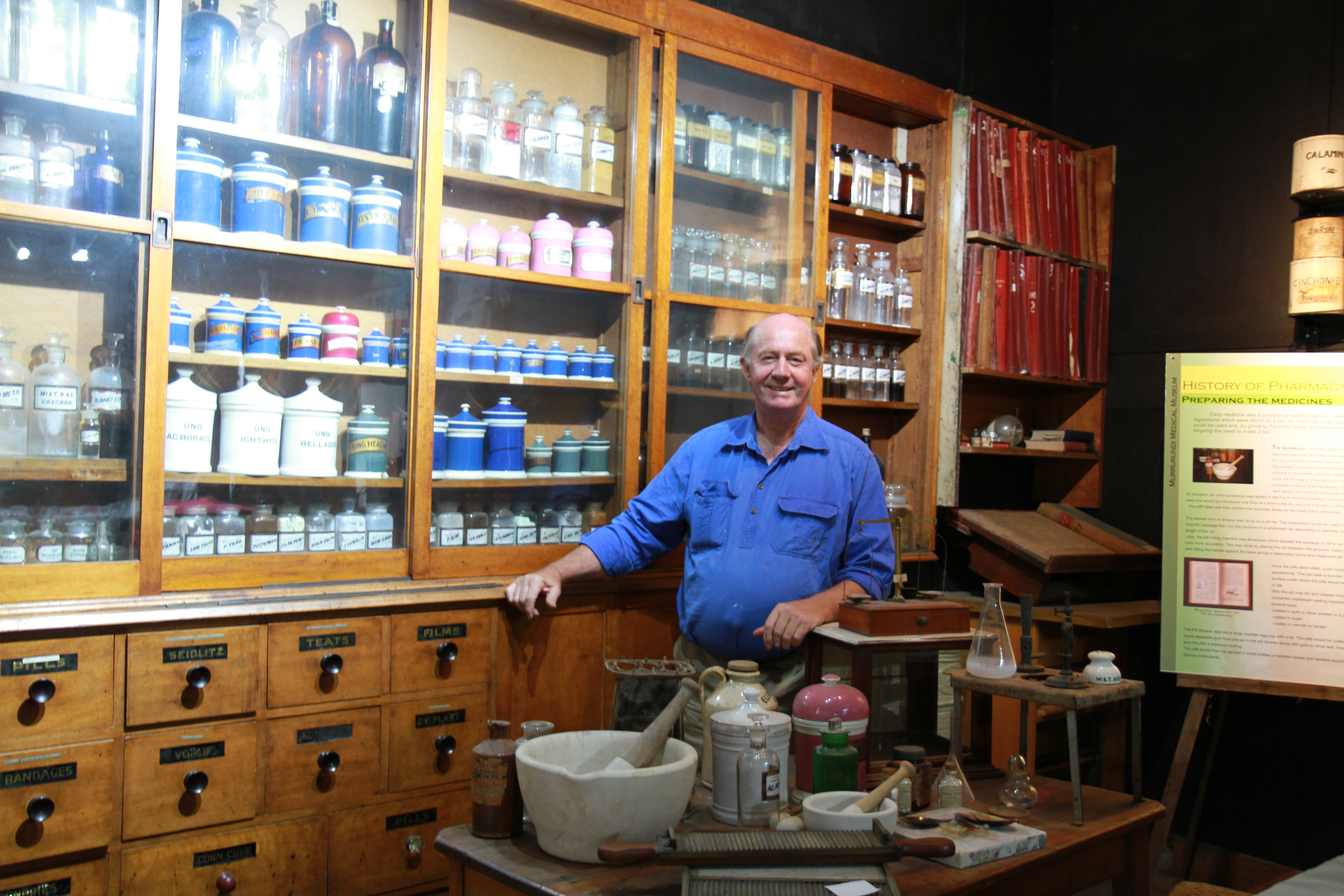 When Ray Hynes was 12 he had already become interested in collecting when he got a job with the local pharmacy in Sydney.

The pharmacists knew he was a collector and for his birthday they would clean up gold leafed, glass stoppered bottles to give him and since then his collection of pharmaceutical and medical paraphernalia has never stopped expanding.

“It started purely as pharmacy and by the time I was 14 I was putting a display in their window – they ended up giving me all the gear that I put in that historical display,” Ray laughed.

In 1988 Ray and his wife Judy moved to Willow Tree and then Murrurundi where Ray spent some time working for the Upper Hunter Shire Council when the drought meant he needed off farm work.  This is when he came across the old Fox’s general store building in Haydon Street, Murrurundi, and immediately decided it would be the perfect place to display his collection to its full potential.

The owner at the time told Ray he would have to join the list of people wanting to purchase the historical building as there was a lot of interest in it.

Six years ago everything fell into place and the collection gathered over more than 50 years had found its permanent home.  The building emits history from first glance and stepping inside brings no disappointment as the rooms provide the perfect environment to showcase this unique collection.

“I am a bit of a historian, so when you come here you don’t just see rows of bottles, you don’t just see medical equipment, there is story boards all through here to help you understand what you are looking at,” Ray told The Hunter River Times.

His pride and joy is the pharmacy set up from 1880 to 1930, and the story of polio display including an iron lung is also a standout in the collection.

Most items are from regional locations, including the original surgery light from Murrurundi hospital when it first started operating in 1919 and some items he believes are from the original 1861 hospital.

For anyone who would like to see the collection from themselves the museum is at Fox’s Store at 45 Haydon Street, Murrurundi and is open Thursday to Sunday from 10am to 4pm. They ask a donation upon exit to view the collection.

But after our conversation with Ray, there is possibly no need to rush in.  This is one property and one collection that won’t be up for sale any time soon.