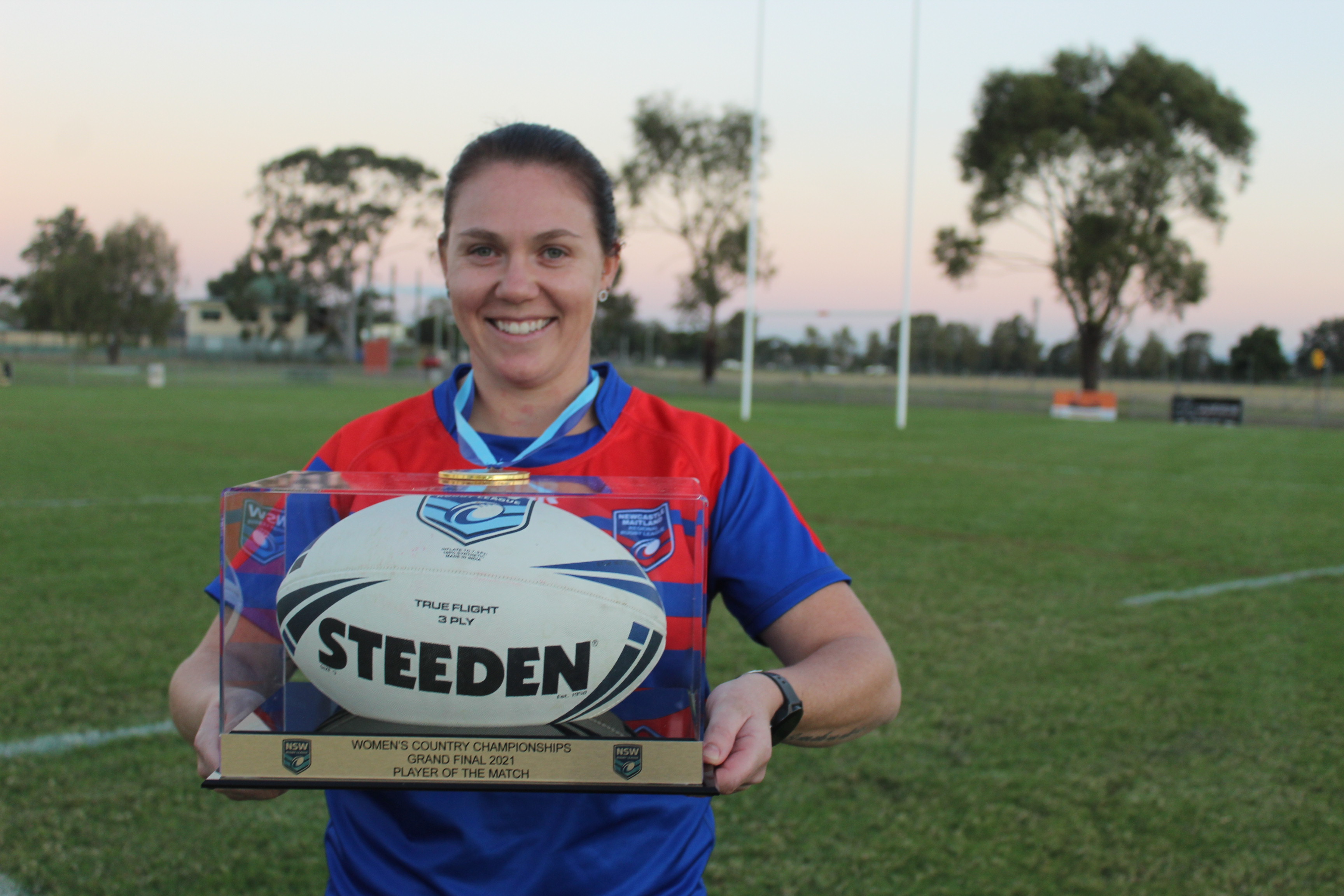 Inspirational Desmond Shines for the Knights

Singleton’s Phoebe Desmond made history this month when guiding the Newcastle Maitland Region Knights to a Women’s Country Championship title.

Desmond scored a try on the cusp of halftime to help secure a memorable 38-0 win over the Riverina Bulls at McDonald’s Park (Wagga Wagga) on Saturday, May 8.

Already considered as one of the Upper Hunter’s most inspiring female sporting talents, she was named as the player of the match.

“It was just good to be back on the park and playing the best footy that I have ever played,” Desmond told The Hunter River Times.

“We went through undefeated and the two weeks leading into the grand final were really good for us because everyone had us written off.

“Riverina were the defending champions; they were (apparently) going to own us and dominate us but we had nothing to lose.”

Like most junior girls two decades earlier, she had the burden of playing against a timeclock as females could only play tackle until a certain age.

“I knew the day was coming because as soon as we started to develop as females we weren’t allowed to play,” she reflected.

“We just counted down until the day it came over so I was annoyed but at the same time there was nothing I could do anyway.”

She made an on-field return in 2013 with the Maitland Pickers during their three-year stint in the Sydney Metropolitan Women’s Rugby League.

In 2016 the side played under the Hunter Stars banner (based at Cessnock) and the following year the group was based at North Newcastle.

Desmond also accomplished a childhood dream when guiding the Singleton Greyhounds to a Group 21 Nines title (defeating Muswellbrook 10-6 in the final) in 2017 before her winter was cut short due to injury.

“I went down with a right ACL/MCL injury,” she recalled.

“The surgeon said I was lucky to be walking again but that was enough motivation to stick everyone wrong.

“Then in 2019 I signed up with Aberglassyn Ants to play in the Nines competition, played one game one week and then injured my left ACL/MCL meniscus the next.”

After spending her adolescent years on the sidelines, half a decade travelling back and forth in the Sydney competition and her two major injuries; she was hungry for a return.

Not only did she make the most of her campaign with the Knights, she even chased down a Bulls’ player late in the final to ensure her opposition remained scoreless.

“I have never been picked on for being bigger, but I have always been looked at that I can’t run; by no means am I the world’s quickest player but I get hungry when people tell me I can’t run,” she added.

“My mum used to tell me ‘just get them big girl’ so I get little voices in my head from her that tell me I have got to get there.”

When asked if she is ready for a second campaign with the Knights in 2022 she opts to stay closer to home.

“At this stage, I’m a big believer in grassroots and I would like to come back to play for Group 21 and the Greater Northern Tigers,” she concluded.

“I really enjoyed playing with the Knights but my colours will always be Singleton’s red and white.”