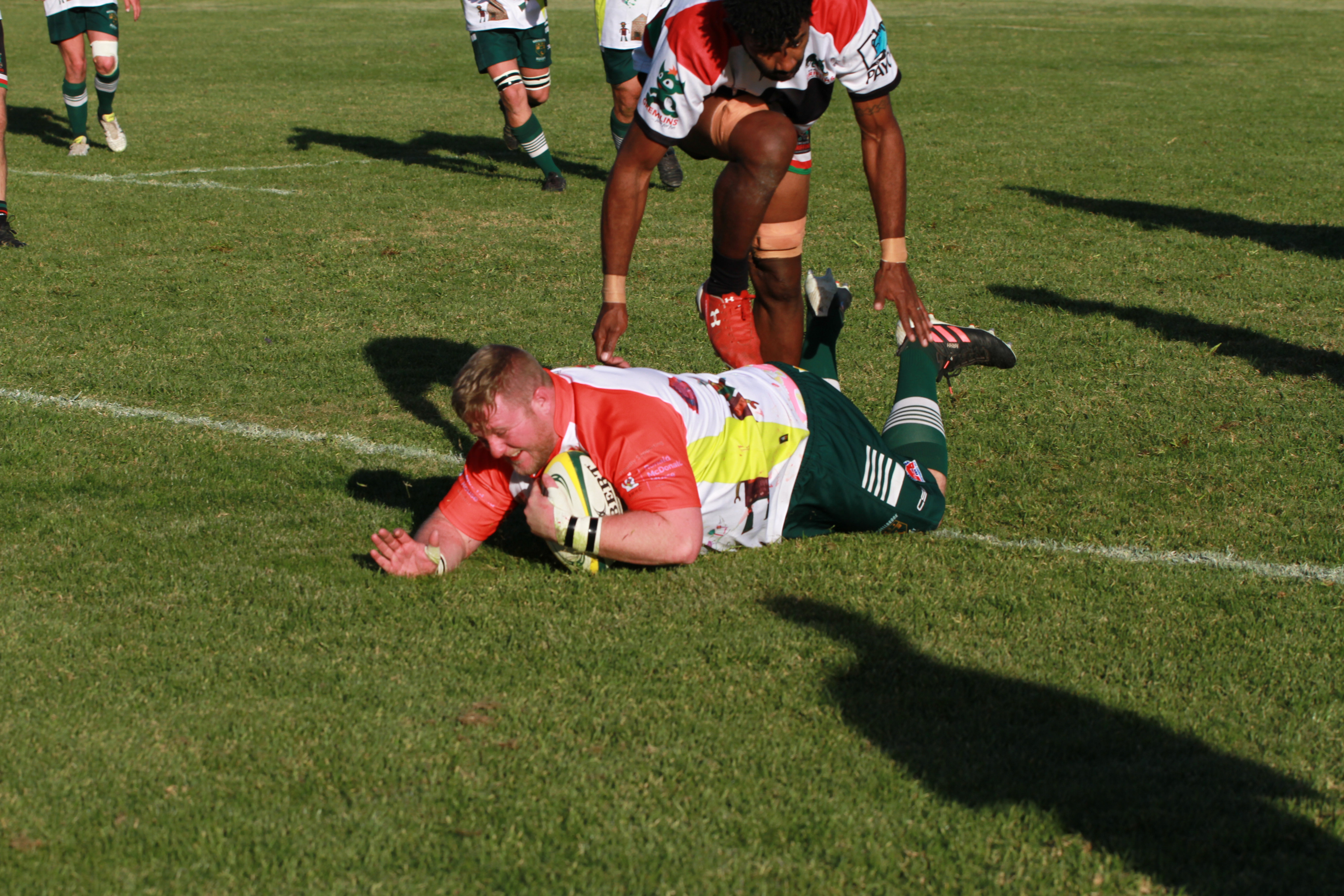 Muswellbrook Heelers’ finals aspirations appeared bleak in the opening stages of their match against the Newcastle Griffins on Saturday.

After claiming Newcastle Hunter Rugby Union divisional titles in 2018 and 2019, the Heelers looked set for a three-peat in 2021 after they opted not to participate last year due to the coronavirus pandemic.

After a hard fought 12-10 season opening win against Pokolbin, the Heelers suffered three straight defeats before forfeiting their away clash against Easts in Round 6.

So, when they conceded the first 17 points against the Griffins on Saturday the home fans needed a hero to turn their side’s season around.

“We were 17-0 down after ten minutes we could have dropped our heads, but we thought, ‘bugger it, let’s get into it’,” Muswellbrook playing coach Cameron Young explained.

“We couldn’t put our heads down, we had to keep our heads up because we never lose at home and we have never lost the Matt Kane Shield.

“We sort of clicked into gear and Harry Hobden scored a hat-trick.”

Hobden was named as the players’ player in the 36-17 win; a match which may be the launching pad for the Heelers’ return up the ladder.

Off the field, the come-from-behind victory enabled the Heelers to retain the Matt Kane Memorial Shield (contested between the sides) for the 12th straight season.

More importantly, the win enabled the side to climb from eighth to fifth on the ladder after Cooks Hill defeated Pokolbin 24-7 and the Waratahs held off Singleton Army Lions 13-7.

Yet all eyes were on Hobden throughout the post-match celebrations.

“I’m not sure how well he’ll go getting all that blood out of his jersey; it was covered in blood after the match,” Young continued.

“His nose just hit and he didn’t stop bleeding all game; the big fella even scored an intercept try as well so he went well.

“Beau Haywood also scored a double in his first game of the season so he had a really strong game and Nathan Cridland filled in at fullback.”

The club raised a total of $20,000 for the Ronald McDonald House later that evening to mark a successful Memorial Day.

“We now have another home game this Saturday against Cessnock,” he concluded.

“I’m not too sure how Cessnock has been playing to be fair but if we can maintain the players we had from the weekend I think we will be string back to back wins.”