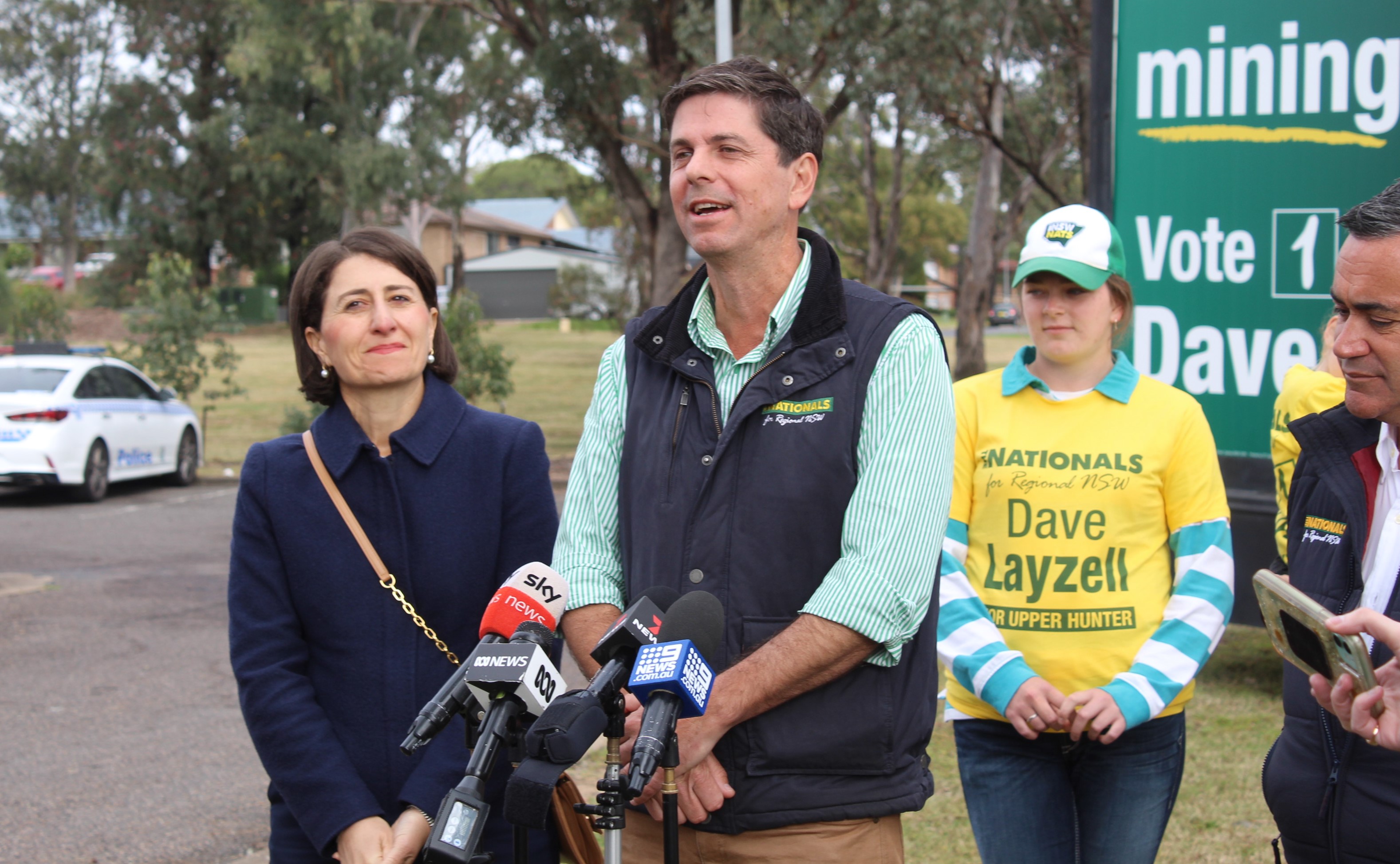 He has hit the ground running with appointments this week in Dungog, Quirindi, Merriwa, Scone and Muswellbrook and says he is keen to speak with the community about any issue they want to raise and intends to get around the electorate to speak to as many people as he can.

Speaking exclusively to The Hunter River Times last Saturday as he showed support for fellow National Party member, James Thomas, at his preselection endorsement, Mr Layzell said he was enthused by the way the party had thrown their support behind him.

“Everyone just came together, we had more than 400 people helping out on the election day, people who hadn’t helped for a very long time and it just gave all of us so much enthusiasm and confidence we are doing a good job,” Mr Layzell said.

He thanked his party for their support and those on the ground during the seven-week campaign period.

Mr Layzell won just over 31 per cent of the vote ahead of Labor’s Jeff Drayton on 21.19 per cent who conceded defeat on the night, thanking his party, family and friends for their support.

Dale McNamara, with 12.32 per cent of the vote finished in third place while Shooters, Fishers and Farmers Candidate Sue Gilroy finished with 11.96 per cent.

Aberdeen’s Kirsty O’Connell, who stood as an independent, faired well with 8.81 per cent of the vote.

The election saw more than $73million in promises made in addition to the $75 million Resources for Regions Fund that was revealed earlier this year but re-announced in the days prior to the May 22 election day.

There was an additional $25million announced in a new Royalties for Rejuvenation fund to go back into mine affected towns a year, a decision to be made by an appointed ‘panel of experts’, details of which are yet to be outlined.

A major fallout of the by-election was the resignation of NSW Labor Leader Jodi McKay.

“Leadership is about knowing when you step up and when you step down,” Ms McKay said at a press conference last week.
“I apologise to those who wished I had stayed, but this is the only way I know I can unite our Party.

“I have spent the last six days reflecting on how to achieve unity and I have decided this offers the Party the best opportunity to heal and move forward,” she said following Labor’s defeat at the by-election.