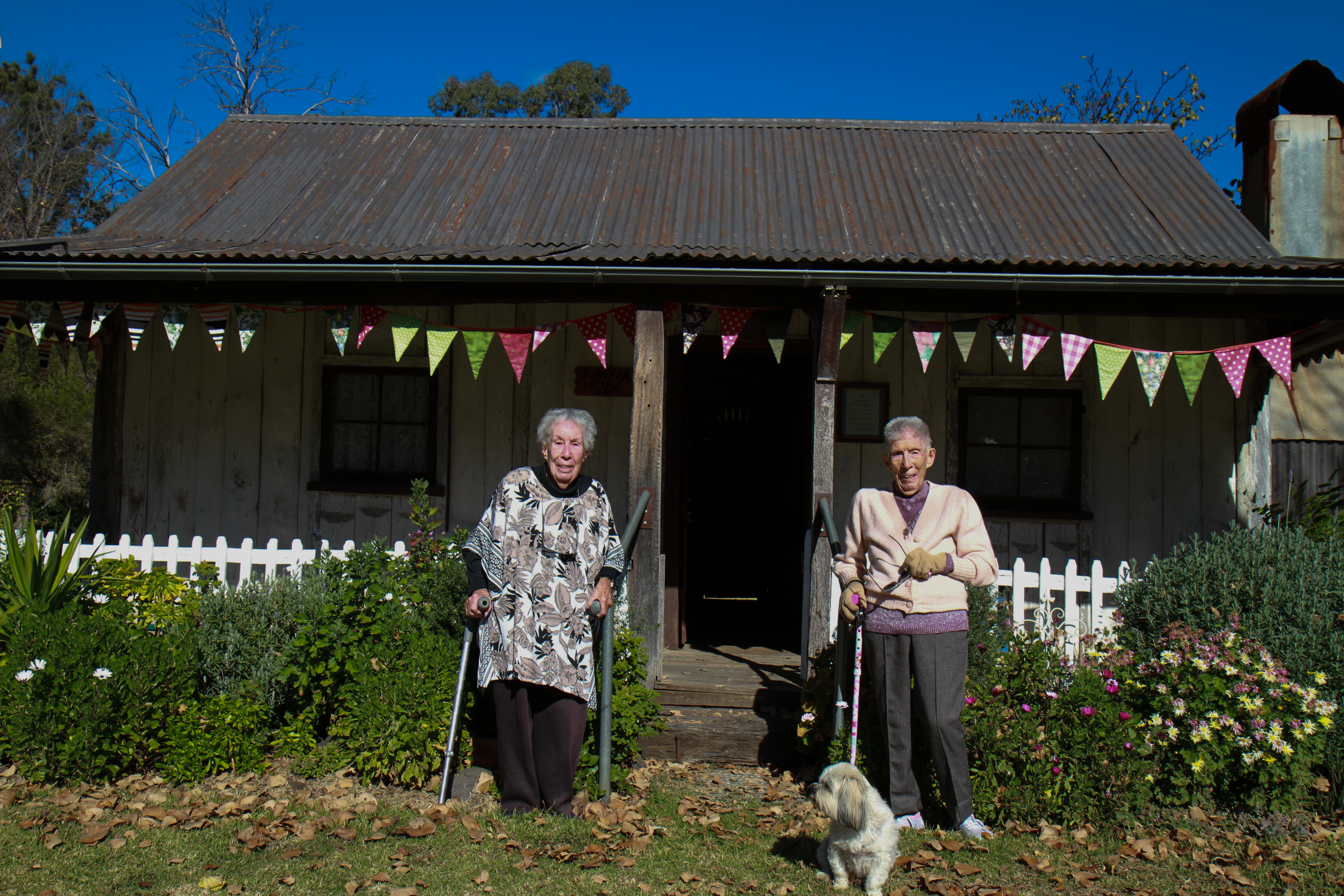 Step Back in Time to a Home Loved by Murrurundi

Right in the centre of Murrurundi you will find the Pioneers Cottage, a quaint, original home built in Timor around 1889.

It is a well-preserved piece of local history, and the caretakers Carmel Hughes and Gwen Alchin, twin sisters add to the charm.

From the moment you walk onto the patio you realise just how different life was when a family of eight would live in a simple cottage, not much bigger than a two-car garage.

It was built by Albert Ivin who came over from England in the early 1800s.  He spent some time in Newcastle where he met and married his wife Elisabeth Lawrence before moving to the Upper Hunter.

The cottage has four rooms – a kitchen / dining room with the three remaining rooms being used as bedrooms.

“Later on they did build a kitchen out the back, but we don’t know when that was, and they got a fuel stove to cook on,” Carmel said.

“They didn’t have any floorboards or ceiling – just the roof, and later on as things improved they honed the hardwood from the mountains with a cross cut saw and made a floor.”

In 1996 the cottage was donated to the Murrurundi Historical Society and after a block of land was found it was marked and taken down piece by piece to move it into town from its original site in the Timor area.

“It keeps us off the streets,” Gwen added with a chuckle.

The sisters have countless stories to tell about the history of the cottage, but what is just as fun to hear is how some of the visitors react to different parts of the set up.

“They are so intrigued with the toilet,” Gwen shared of the kids reaction to the drop pit out-house.

“They ask ‘what’s that?’, ‘there’s no chain!’, ‘where do you sit?’, ‘what happens?’ – then you change the subject to something else because you run out of answers.”

It is not historically listed as it has been moved from it’s original site, but the care that has been taken to maintain it’s historical charm makes it a must see for anyone interested in seeing how people used to live.