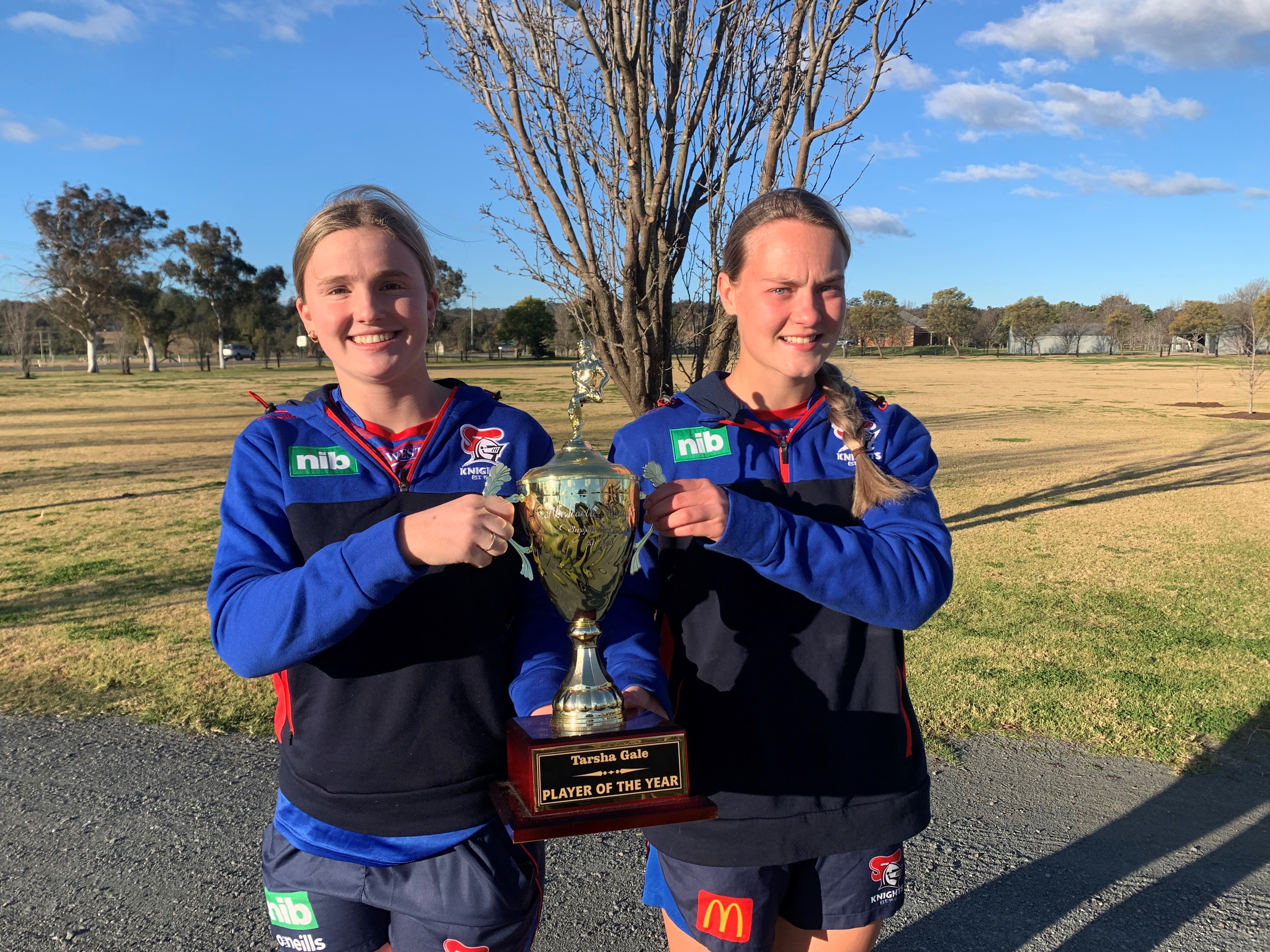 When people discuss her tremendous rugby league feats, she is often excelling at rugby union.

Then when the conversation turns back to rugby, she will flip the switch and shine for the Newcastle Knights Tarsha Gale side.

Need we mention her performance for the NSW Country under-19 side?

It is a conflict envied by most teenagers, yet the 18-year-old remains humble with each accolade.

On this occasion, Clancy had two rugby league accolades to add to her impressive resume in recent weeks.

The 18-year-old was one of only two Newcastle Knights to be selected in the NSW Women’s under-19 squad which will train alongside the Brydens Lawyers NSW Blues stars and the Harvey Norman NSW Sky Blues on Sunday, December 12.

Clancy told The Hunter River Times that she was both gracious and overwhelmed with her selection.

“My friend sent me the post and it is insane that people see it that way,” Clancy explained.

“It feels like a big achievement despite not making it this year.”

Clancy, who tied for the Knights’ player of the year award with fellow Singleton talent Jules Kirkpatrick, will be joined by fellow Knight Bree Chester.

“I’m proud that I am one of the two, but I am also a bit surprised that only two from the Knights were picked in the 23-member squad,” she added.

After recovering from a dislocated the past six months, her good luck continued last week when she was selected as a development player for the inaugural Newcastle Knights NRLW team.

Clancy and Chester will be joined in the development squad by Muswellbrook’s Matilda Jones while Singleton’s Phoebe Desmond has been named as one of the side’s inaugural seven players (alongside Bobbi Law, Caitlan Johnston, Jayme Fressard, Georgia Page, Chantelle Graham and Kyra Simon).