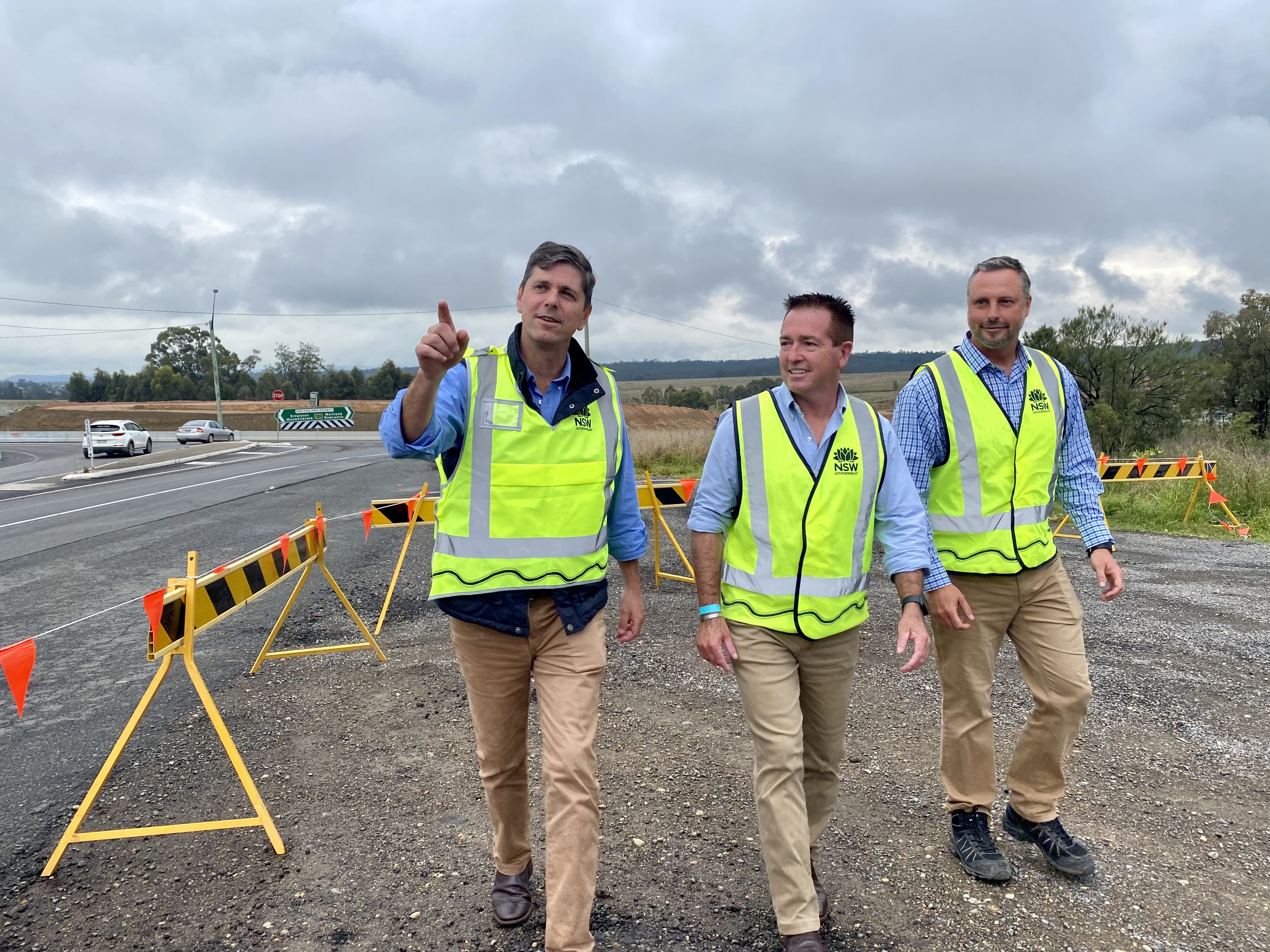 Bypasses on Track for Construction Start this Year

Property acquisition is the current stage in the construction of both Singleton and Muswellbrook bypasses.

According to NSW Regional Transport and Roads Minister Sam Farraway, the process is going like most acquisition processes go or so he is told by the department.

Reluctant to say more than that, Mr Farraway says both towns will experience far more decongested traffic once the projects are completed by 2026.

“We have 25,000 vehicles and 3700 trucks driving through Singleton every day so take them off the road through town and the local traffic flow will be vastly improved,” Mr Farraway said.

“We estimate it will remove 15,000 vehicles a day from the town road network,” Mr toole added.

All three said the projects have priority by the NSW government so any perceived problems regarding potential difficulties getting people to work on the project or accommodation for those workers will be given the utmost priority.

“These projects have priority and the department knows that,” Mr Farraway said.

Earthworks will be underway by the end of the year with both projects due for completion in 2026.

“It is all good to talk about projects but our government is about seeing them done.”

Their Upper Hunter visit included a drive-by the Golden Highway overpass and seeing that project in full swing brings delight to all three.