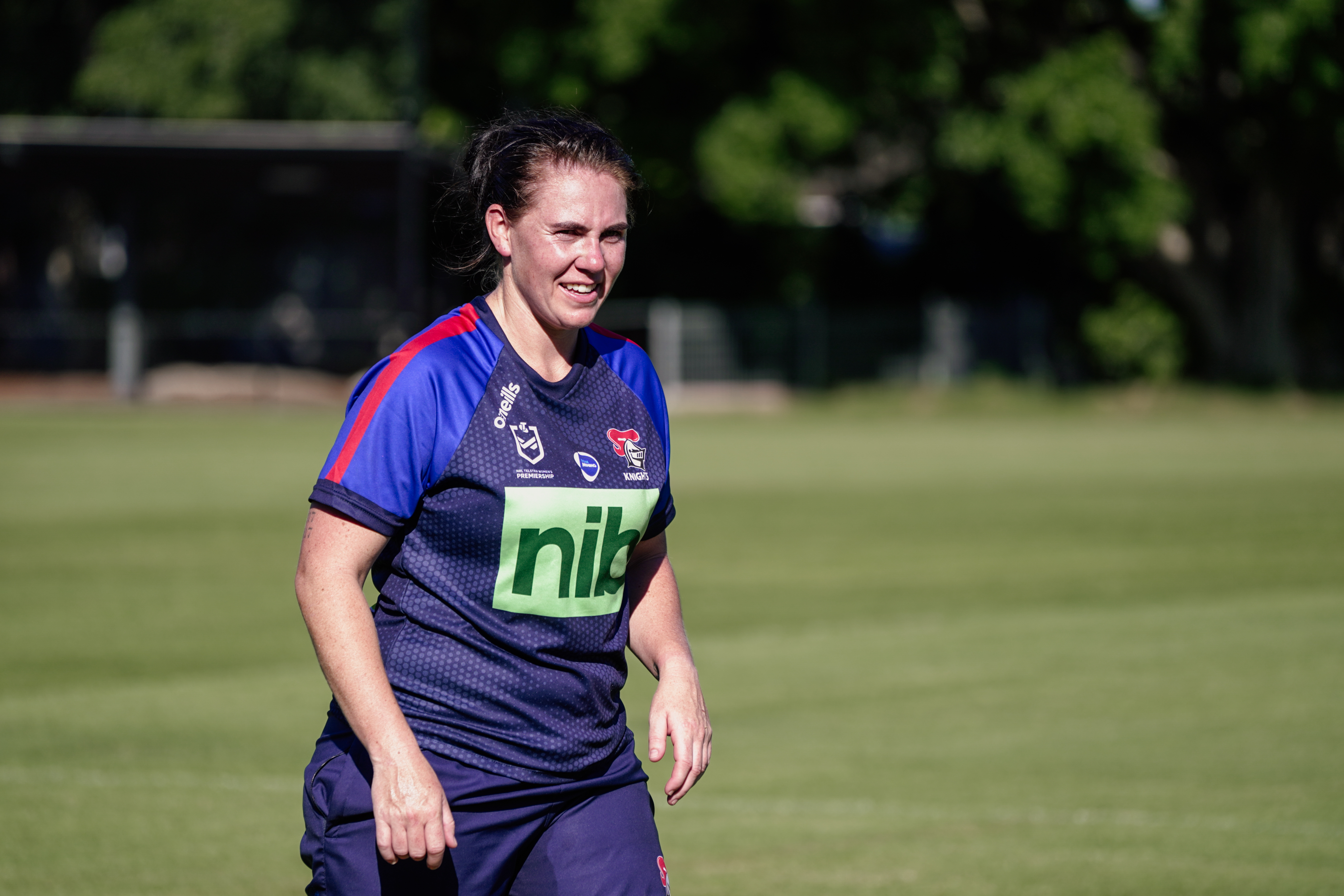 Former Singleton Greyhound Phoebe Desmond will make history this Sunday when lining up for the Newcastle Knights’ inaugural NRLW side.

The 31-year-old was selected on Monday night and will now play her first ever match at McDonald Jones Stadium before a national audience.

“We were told to have last Friday to Sunday off, keep it footy free and then prepare for Monday night and this week’s opening match,” Desmond told The Hunter River Times.

“So, the selection was pondering on my mind all weekend.”

The talented front rower admits this Sunday’s clash against the Eels will mark her fourth and most famous chapter of her long and decorated career.

Desmond first represented the Singleton Greyhounds as a junior talent until she was no longer able to play tackle with the boys. She then forged a memorable senior career for the Maitland Pickers and the Hunter Stars (who were based at Cessnock and North Newcastle) during a five-year stint in the Sydney Metropolitan Women’s Rugby League. It appeared her career had come to a close after achieving a childhood dream in 2017 when guiding the Singleton Greyhounds to a Group 21 Nines title (defeating Muswellbrook 10-6 in the final) before suffering two long term injuries by 2019.

Fittingly, not even lengthy periods on the sidelines could prevent Desmond from a return in 2021 as she led the Newcastle-Maitland Knights to Women’s Country Championship glory. The Singleton legend even scored a try in the memorable 38-0 final win against the Riverina Bulls at Wagga Wagga.

By year’s end, she was selected for the Knights’ inaugural NRLW squad.

“I was just at home and I received a call and I was not expecting it by any means,” she reflected. “I suppose with my story you have to have a little bit of faith, ride the train and never give up. “You never know when you’ll get that phone call.”

To add to the tale, Desmond has continued to work as an operator at Glencore’s Bulga Coal while training five days per week with the Knights.

They will commence the season against the Eels before travelling to Wollongong to play the Brisbane Broncos the following week under coach Casey Bromilow.

“To be honest, I was absolutely stoked when I heard he was coaching,” she recalled.

“He is an honest and blunt guy and one of the few that is straight up. “I give him credit due to the fact that I like that in a coach.”

Earlier in the day, The Dragons will playoff against the Gold Coast Titans to kick-off the NRLW triple header. Then the Roosters, featuring Muswellbrook’s Brydie Parker and Scone’s Yasmin Meakes, will contest the Broncos.

“I’m happy just to take the opportunity and get up against the best in the league at the moment,” Desmond concluded.