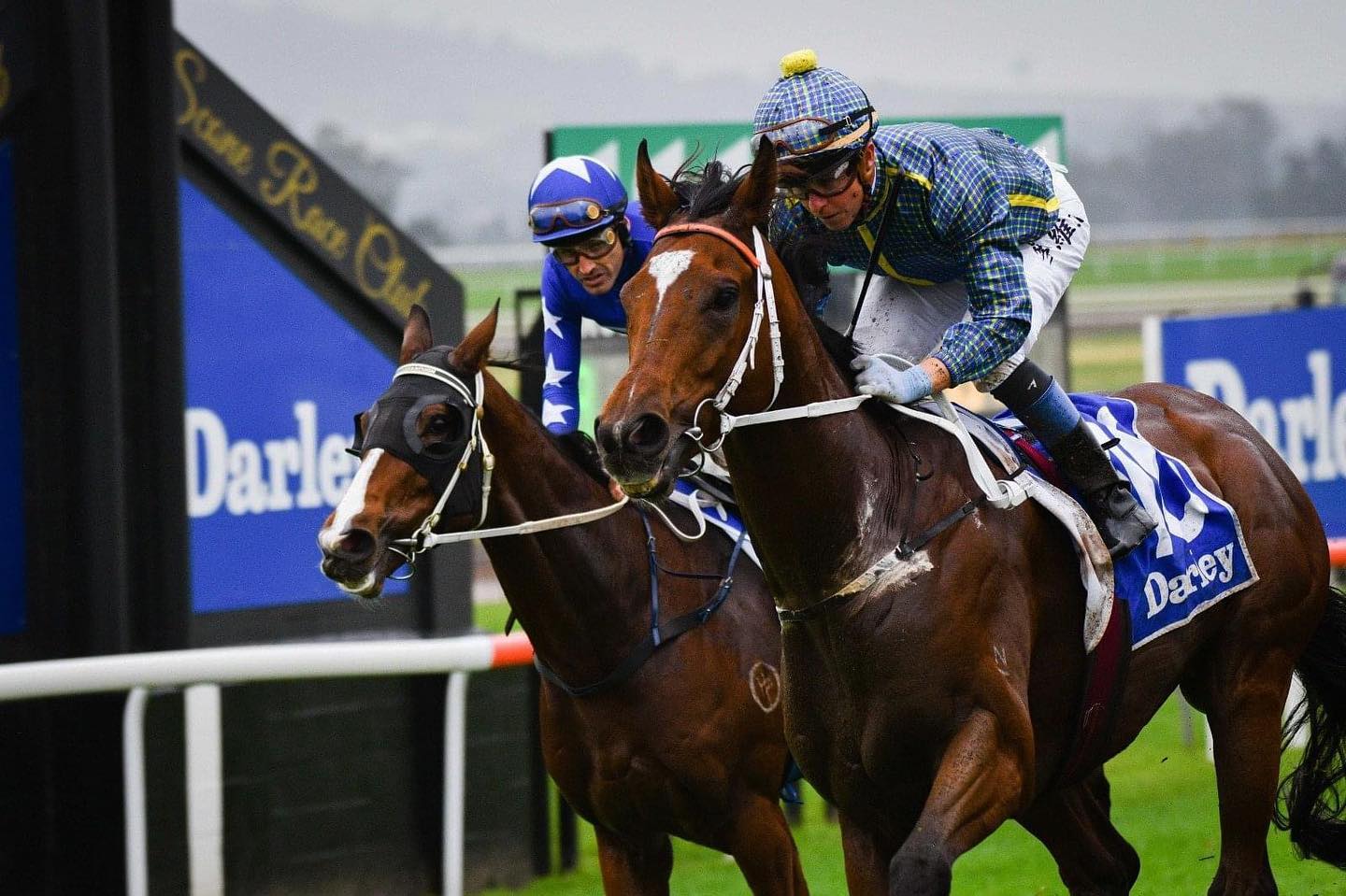 This came just six days after his victory in the $500,000 The Coast at Gosford.

Lees has won bigger races than a Scone Cup, such as the Queen Elizabeth Stakes, but was thrilled to take out the annual town feature of Australia’s horse capital.

“You have your ups and down in this game so it’s really pleasing to win a feature race here at Scone,’’ Lees told Sky Racing.

“And especially for Ron and Judy (Wanless), they have been with me pretty much since I first started.’’

Lees immediately signalled his intentions to focus on the inaugural The Big Dance at Royal Randwick on Melbourne Cup Day.

The victory also marked a second Scone Cup crown for jockey Kerrin McEvoy, who rode Raspberries ten years earlier in the Darley colours, and he was also full of praise.

“Kris and the team have done a good job with him to back him up, it’s only been six days,’’ McEvoy told Sky Racing.

“I’d never ridden the horse but he gave me a great feel going to the start so I knew he was going to handle the ground.”