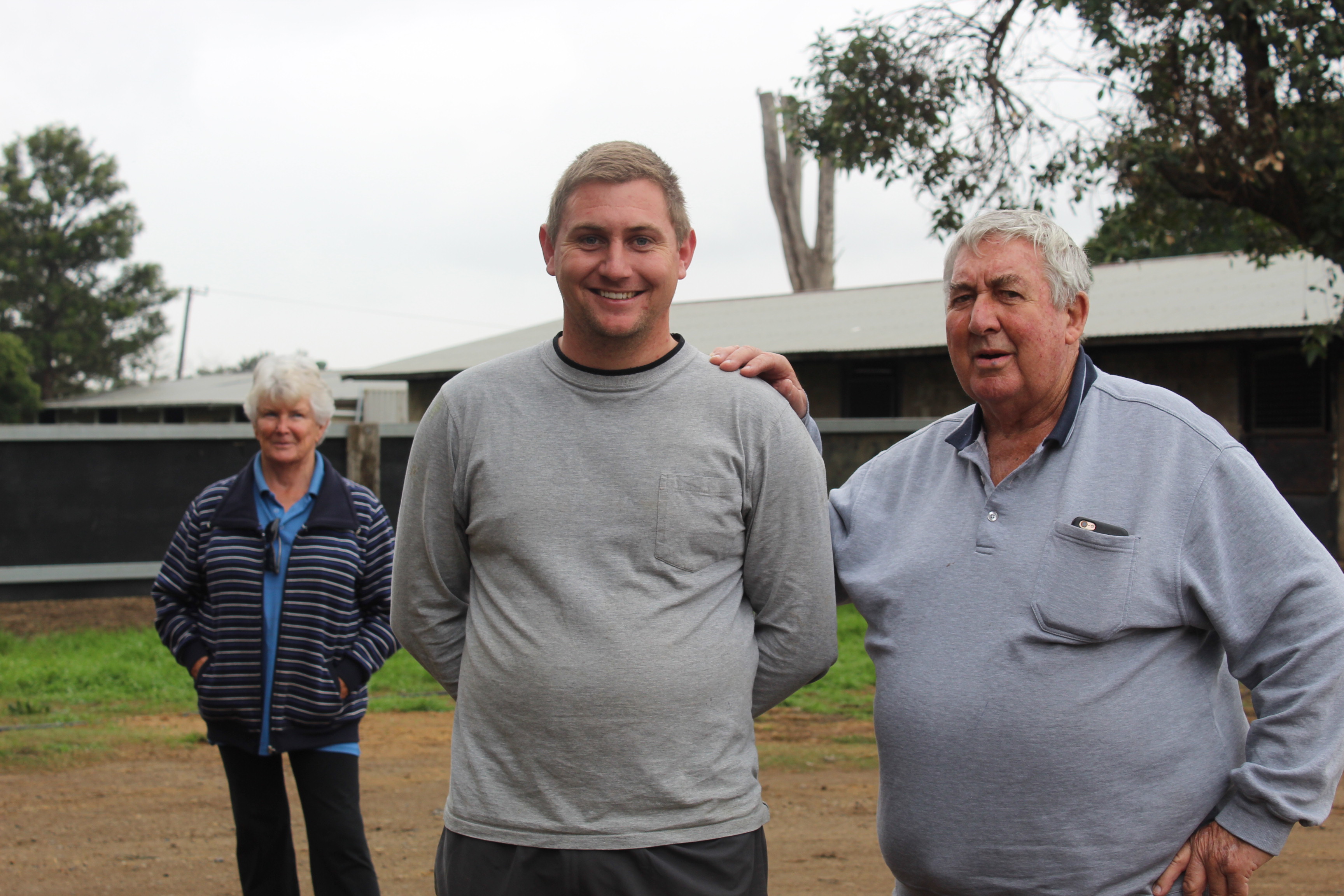 Farrell prepares Bowen for the throne

He’s been training for more than 50 years and now popular horseman Pat Farrell concedes he has a new heir to the throne.

As many of Muswellbrook’s sporting personalities have been forced onto the sidelines amid Covid-19 restrictions the 27-year-old trainer has not been affected.

Instead, he has continued to build on his career as one of the region’s emerging trainers while continuing to learn from Farrell who he has referred to as his ‘racing grandfather’.

“It is great to have both Pat and my grandmother Jan (Bowen) to bounce any sort of question or anything like that off,” Bowen told The Hunter River Times.

Farrell has proved to be one of racing’s most jovial characters and, with eight consecutive Newcastle premierships at his peak, his resume speaks for itself.

Fast forward to this week and he admits he has just as much enjoyment watching Justin working hard in his stables.

“I think he is handling it well; he loves what he’s doing and he’s there every day,” Farrell said on Wednesday.

“If we go away anytime, he runs the show and he’s been with us since he was a boy so he’s had the right upbringing.”

At the present stage, Bowen handles six horses including Tarriff Trump who was only beaten by a nose running second in the Aquawest Maiden Plate at Dubbo last Friday.

“I have only had her for a handful of starts now but she’s racing Friday at Dubbo and I think she’s going to go well enough to win,” Bowen declared prior to the race.

“She came to me through a friend and a worker in David Herbeck and he just wanted to try a few different things and see if we could get her going.

“Truth be told she is really hitting form in all of the starts for us really.”

Though the three-year-old filly would be pipped in the end, the race’s nerve-wracking photo finish made for a memorable second place indicating that a win isn’t far away.

“I thought she had it, just a bob of the head in it,” he added post-race.

“They’ve been there the whole way and Matthew Hancock (master accredited farrier) is an important part of this big team which keeps these horses sound and ready to win.

“It’s a big thanks to Matthew who corrected her bad feet when she came.”

Bowen, who is expecting his second child later this year, will continue to build on his experience with each race regardless of the result.

And you could not find a prouder mentor than Farrell.

“I think he’s on the right track and is going to do very well in this industry,” Farrell concluded.