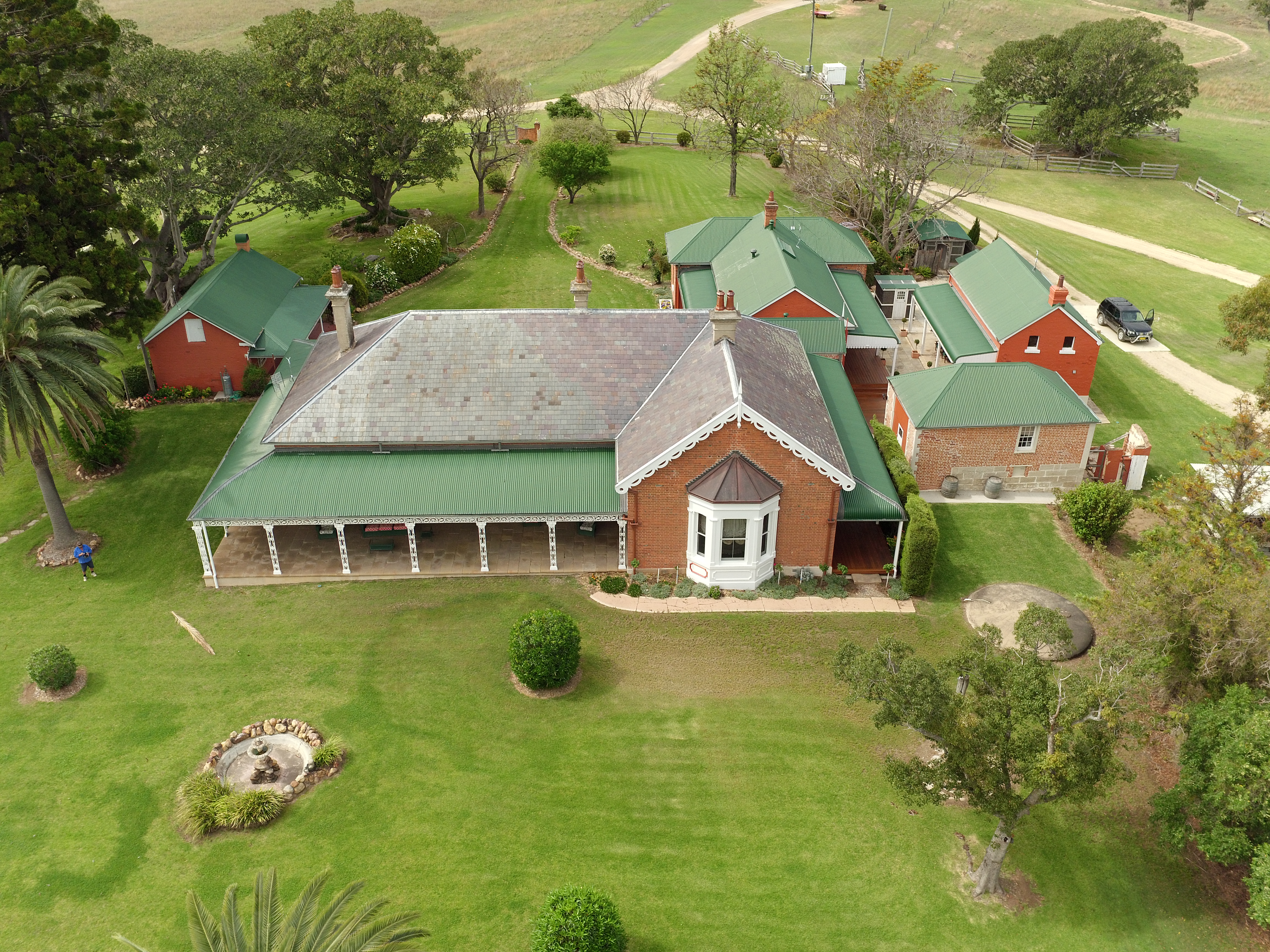 Your home is your castle, you make it as safe and as comfortable for yourself and your family as you can. That’s exactly what Kevin Waldock has done with Abbey Green, yet another home in our beautiful valley that money just can’t buy.

Originally built for George Loder in 1861, for the sum of 982 pounds, the immaculately restored Abbey Green is a stunning tribute to times gone by, paired with all the modern comforts a person could want.

The balance between technology and history achieved in this major restoration are truly a credit to owner Kevin Waldock and his team of committed tradespeople and groundskeepers.

The Abbey Green land grant of 40,000 acres was initially awarded to the Loder family in the 1830s that also encompassed the land that is now home to Singleton Army Base.  Interestingly, the property was home to the first Hereford Stud in Australia, and also exporting canned mutton to London at the time.

Current owner Kevin Waldock bought the property in 1996, and speaks of Abbey Green almost as that of a custodian.

He firmly believes the property should not be owned by any one person; but that is should be a gathering place for the community.  He didn’t waste a second, buying the place the very day it went for sale, specifically to stop the mines encroaching any further on the town as much as anything.

The property itself supports around 100 head of cattle and is currently planted with 17 acres or lucerne and oates.

The grounds around the house are immaculately kept, yet relaxed and welcoming, sort of an elegant cottage garden feel that meanders and adds beauty to every aspect on the hilltop, giving both protection from the wind and some privacy to the sprawling hilltop marvel.

The home itself in true Victorian style, is made up of the main formal house, flanked by various outbuildings including two external bathrooms, scullery, guest rooms, underground wine cellar and a billiards and recreation room.

Although Abbey Green has recently undergone an extensive restoration lasting three years involving seven local tradespeople day in day out, Kevin insisted that all work be carried out in keeping with the style of the original build.

If the existing workmanship involved a mortice joint for example, that is what the carpenters were to do.

The solid triple brick construction, features slate roof, bullnose verandahs wrapping right around the building, lined with either sandstone blocks on the main house, and hardwood decking to the out buildings.

Inside the house, the walls are tastefully adorned with various artworks hanging from the elegant picture rails complementing the 12 foot high ceilings with ornate Victorian cornice.

Outside to the north, possibly the most eye-catching and eclectic feature is the open deck at the side of the hill housing two old-fashioned, claw-foot baths side-by-side giving uninterrupted views of the mountains, and I’m sure at night, a sky full of stars.

Kevin who describes himself as ‘finicky’ has not only the attention to detail to ensure a project such as this is delivered to immaculate standards, he’s also a driven business owner, an ex-racing car driver, and a down to earth loyal Aussie.

Although Kevin owns houses around the world and he and partner Leona Gunter could live anywhere of their choosing, they are passionate about the Hunter Valley and choose to call it home.

It was incredibly important to Kevin that as much money from the restoration as possible went back into the local community and he chose to only utilise local trades for the entirety of the three year multi-million dollar project.

Chatting with the couple as the afternoon sun makes tall shadows of the Moreton Bay Fig trees, it becomes evident that neither of them are shy of a hard day’s work, nor do they possess any airs or graces and are as happy having an afternoon glass of wine in their home with their groundskeepers as anywhere in the world.

When I broach the subject of retirement to 73-year-old Kevin, he smiles and responds that he probably never will completely retire, as when you stop is when you die.

While Kevin insists on the importance of staying abreast of technology in business, and personal life, it is wonderful to see that he has preserved a rare and interesting piece of historical technology.

Found in the front lawn of Abbey Green, is the top of an old brick tank with a ballast stone.  Kevin explained that the tank used to be filled up with carbon, such as burnt wood, coke or coal, and when lights were required, powdered ammonia was added to the tank to create a reaction resulting in carbide gas, which is what powered the lights of Abbey Green.  Some of the pipes are to this day, still running through the roof of the house.

Kevin lives by the tenant that you only get out of life what you give to it.  It’s funny that old saying – the harder you work the luckier you get.

Abbey Green opens it’s doors to the community for various fundraising events, hosting ‘Ladies on the Lawn’ as an annual event to help support King Street School’s P and C committee with their fundraising for the school.

Kevin will never sell Abbey Green for love nor money, and his wish for when he is no longer around, is that it will remain available to the local community that he loves and will continue to be a gathering place for its people.

It’s encouraging to see that in a fast moving world where everything has its price and progress is all too often measured in dollars, or numbers of clicks on a keyboard, that there are pockets of the world steeped in history, with people committed to keeping their stories intact ready to pass on to the next generation.