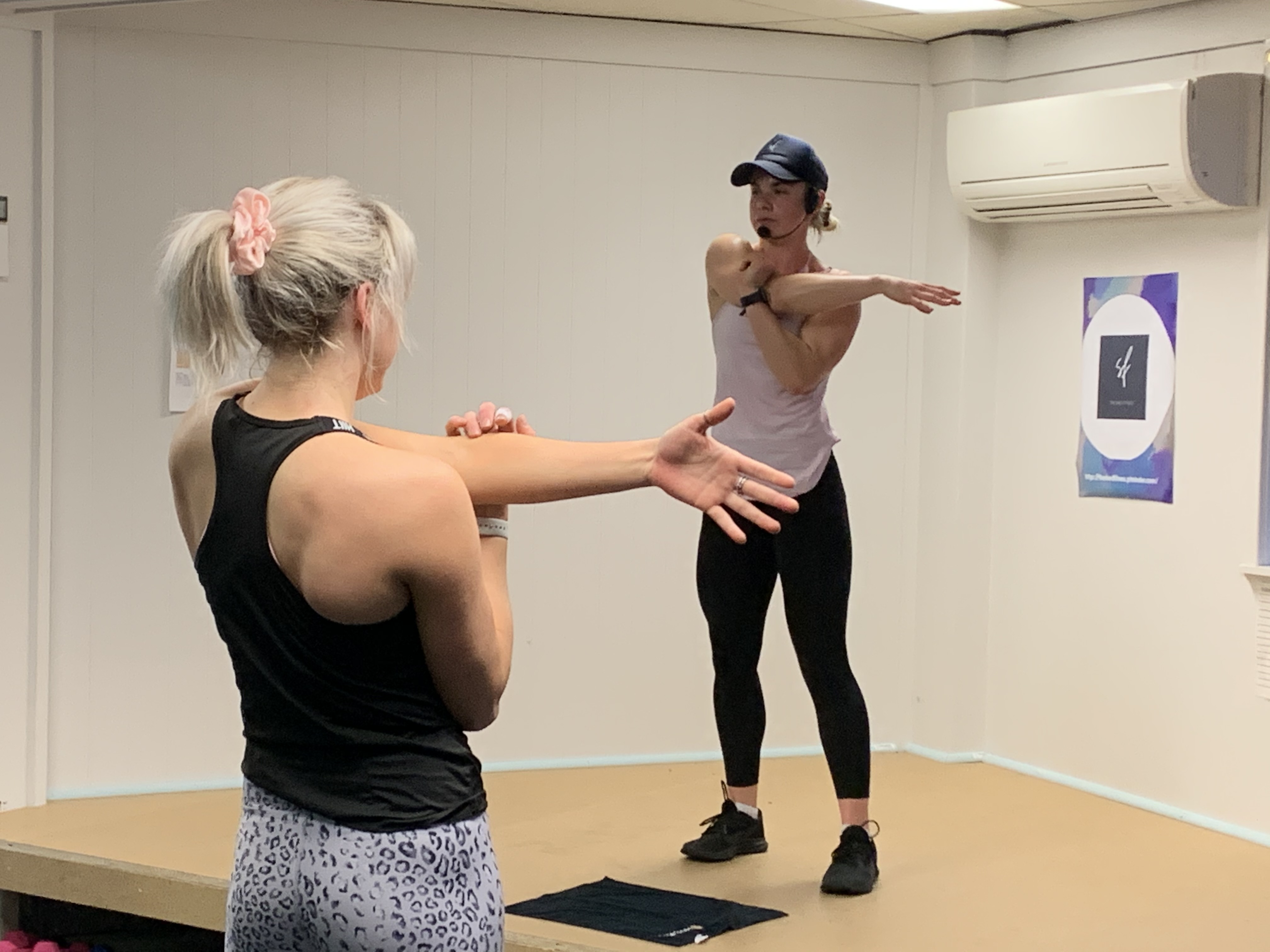 Fit of Mind and Body

There is a clear link between mental health and the impact that exercise can have on it according to Jade Cupitt. The passionate Singleton based fitness guru invited us to one of her classes at ‘The Shed Fitness’ earlier this week.

In her eighth year as a local fitness instructor, she has made a giant step in the industry by launching her own business.

“There’s most definitely a link between mental health and the impact that exercise can have on it and that’s not just proven by our clients but also my own busy lifestyle,” Cupitt told The Hunter River Times on Tuesday morning.

Remarkably, the 24-year-old has managed to successfully grow her business while also balancing her work for the Department of Communities and Justice.

“I am a case worker and it is a very crisis driven job and each day is very different, so exercise grounds me,” she explained.

Born and raised in Singleton, Cupitt has been elated with the overwhelming response for her new venture with 43 weekly members.

This excludes the 15 members who have signed up for a ten-session package.

“There is plenty of space for more members as well,” she added.

“Classes cap at 20 and our Saturday and Wednesday classes are fully booked but the rest have room.”

Cupitt makes her way to Singleton’s iconic Blu’s Dance Studio six mornings per week, long before the sun rises above the Upper Hunter.

Thankfully, she has been greatly assisted as the business has progressed.

“I instruct five mornings per week and Thursday is back to back PT so that’s essentially six mornings that I’m leading clients,” she explained.

“I work with two other ladies and I would not be able to do it without Nicole Ainsworth and Charlotte Alexander.

“They are picking up the rest of the week for me.”

Like many other industries, the recent covid lockdown forced the Shed Fitness team to continue their services in an online format.

By the time social distance restrictions started to ease, the business was able to cater for online clients as well as those on hand.

“There was 15 online and 12 that came here this morning so that’s 27 for the class,” she said on Tuesday.

“There was meant to be 15 in class but three were late withdrawals and two could not make it into town due to localised flooding.

“Generally, we have just as many, if not more people online than we do in the studio because many mothers can’t get here because of their kids as well.

“When we went back to normal life some of my friends asked if we could keep the online format and, as a result, we now offer online memberships as well as in studio.”

The studio has also had a stage built earlier this month while one of the club’s members also bought her instructors a new stereo.

Ultimately, Cupitt admits her reward is witnessing the passion and joy from her clients after each session.

While studying her Bachelor of Psychology (completed in September 2018) she was able to hold many personal trainer jobs across many gyms in the local area.

However, she now holds a closer connection with the clients at her new venture.

“I wasn’t able to capture the people that I wanted to capture working in the big generic gyms,” she admitted.

“Lots of the people I wanted to target in terms of their own body image, wellbeing and their own mental health weren’t people that were going to step forth in a gym in the first place.”

Cupitt then took a proud moment to watch her classmates depart the studio and commence their working days.

“Now we have a good balance of quiet introverts coming out of their shell and extroverts who steal the show,” she playfully concluded.

“They all come here religiously every single morning and get the job done early.”