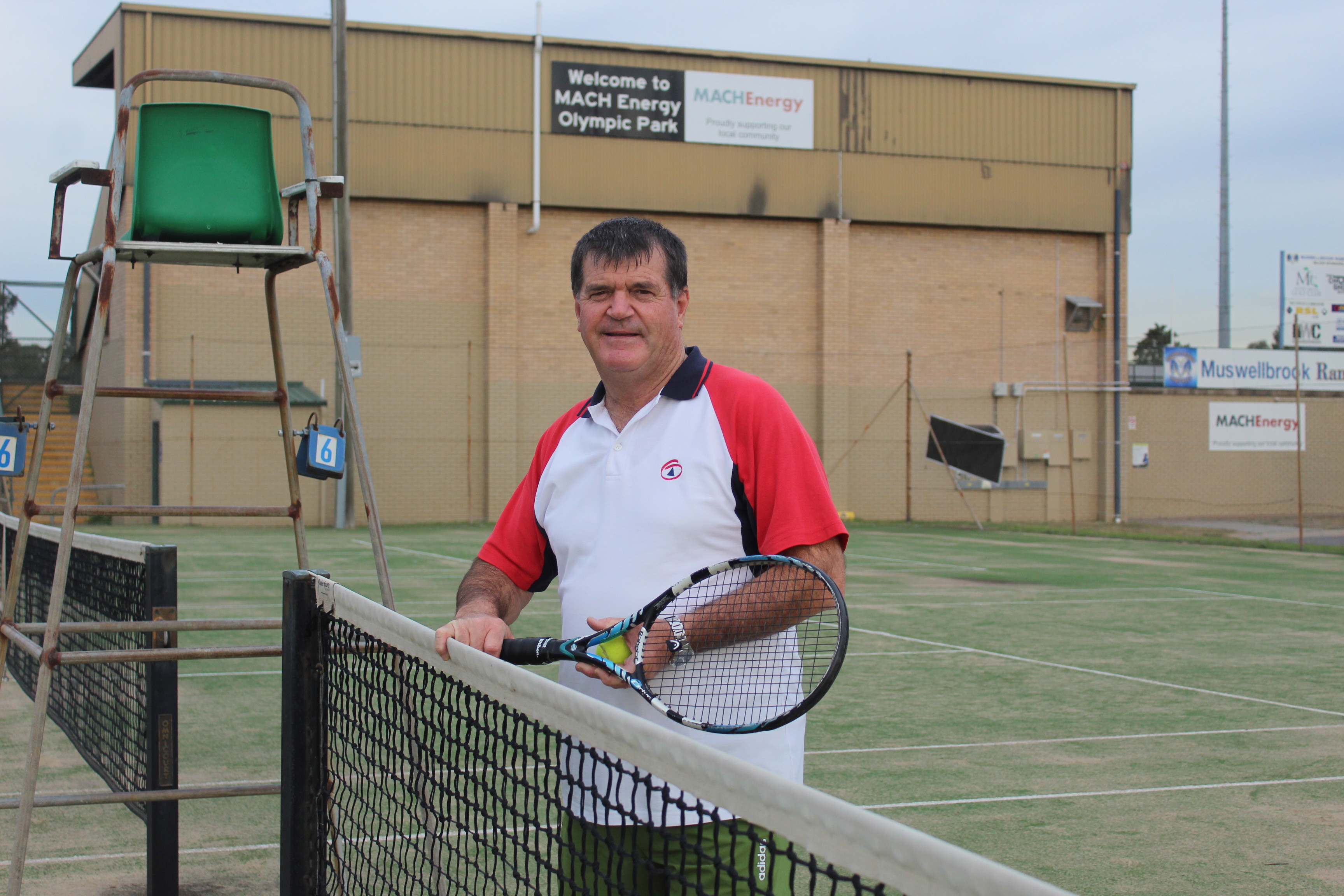 There are three certainties in life for Muswellbrook residents.

Not even the recent coronavirus pandemic was able to halt the local ace from expressing his passion for the game as the club continues to meet on Thursday nights throughout the winter.

“We still have a hit each week, but we obviously have to adhere to social distancing restrictions,” the Olympic Park Tennis Club president told The Hunter River Times.

“In fact, maybe we should go for a hit one of these days.”

Despite closing in on a newspaper deadline at a dangerous speed, our sports editor was more than willing to have a hit with the Muswellbrook stalwart.

And the 40-minute session proved far more than a casual hit and more of a lesson ranging from footwork strategies, posture corrections and local tennis history.

“It was before my time, but Ken Rosewall actually made an appearance here in Muswellbrook during one of his country tours,” McTaggart said while returning serve.

“I hope you know who Ken Rosewall is, he even managed to make a Wimbledeon final against Jimmy Connors in 1974.

“Jimmy won it but, by that stage, Rosewall was 39 turning 40 so it was a great achievement.”

McTaggart’s volleys, returns and backhand ability proved to be that of a player half his age when momentum swung in his favour.

His guidance also helped our editor with his serving difficulties.

“Don’t think of it as throwing the ball in the air,” he explained.

“You’re dropping it vertically into the sky and when it comes down your body will already be facing where you want it to land.”

However, this did not come as a surprise given tennis has been his game for nearly half of a century.

“I guess when I was younger tennis was a much more exciting sport on the (black and white) tv than the others,” he reflected.

Sadly, time was up on Thursday as the electrician arrived for his appointment.

As the balls were collected along the back fence the stories continued.

“I was actually lucky enough to meet Ken Rosewall a few years back at an event and he allowed us to sit with him and have a chat,” he recalled.

“It was really a special moment for us because he invited us into his conversation, and we were able to speak all things tennis.”

Playfully, McTaggart was then asked for his all-time favourite player?

“I think I’ve already answered that one,” he concluded.