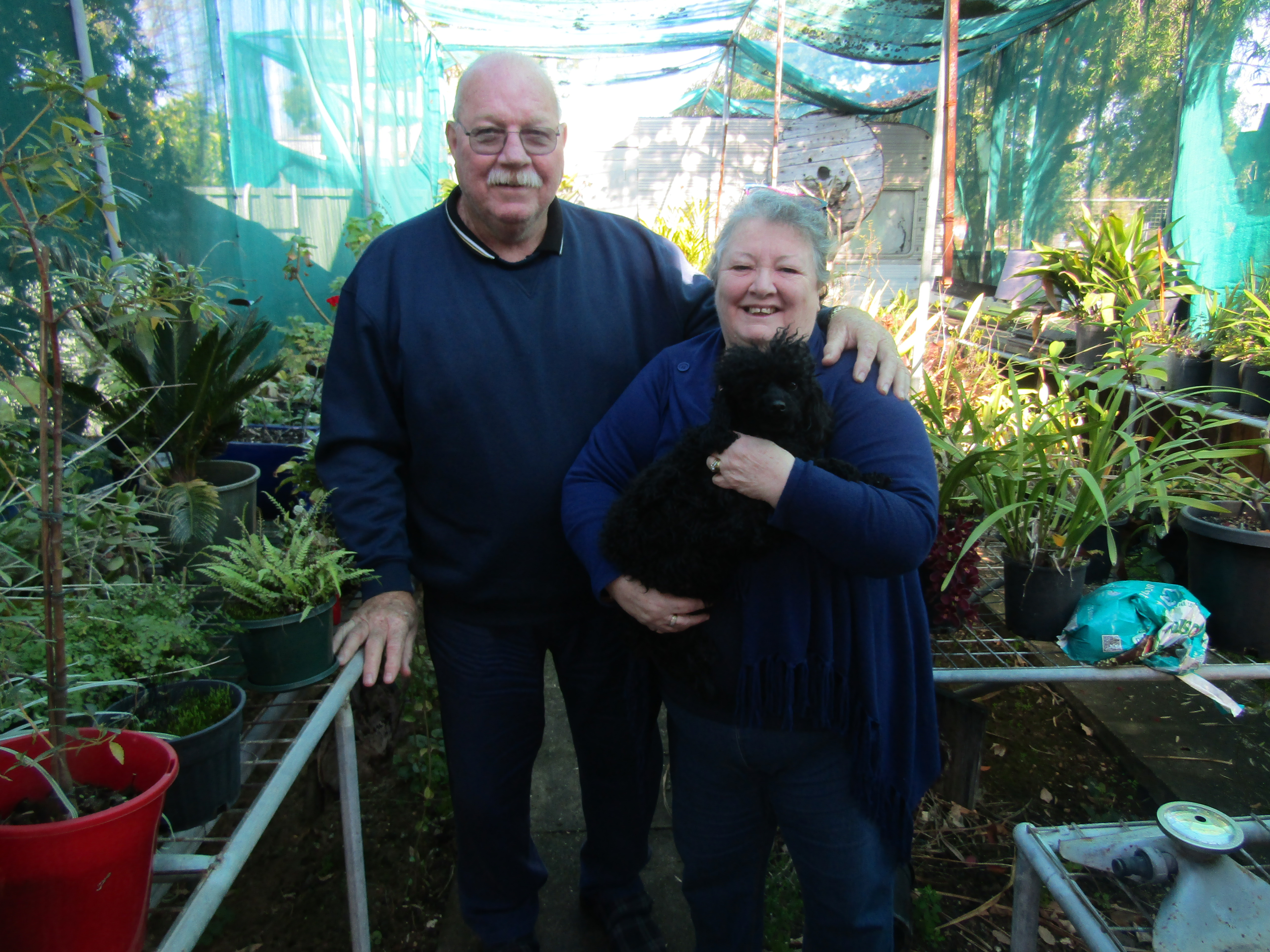 You know when you are in a real, lived-in home the minute you sit at the kitchen table for a cuppa.

The atmosphere, the friendship and the homeliness, the warmth and the feeling of love is what welcomes you to the MacBain household and why owners, Lyn and Rob, have no intentions of ever leaving.

“They’ll be carrying us out in a box,” Rob said adding that he wasn’t planning that to happen any time soon.

This is a love story supported by Singleton.

Rob grew up in Singleton but in his late teens, he found himself in Bellingen after accepting an invitation to play rugby league for the area.  It was here that he walked into the Canberra Café and who should be serving him a milkshake than Lyn who would soon become his wife.

Must have been a great milkshake Lyn!

A playing offer from Cessnock saw the couple move there before another offer of captain coach in Singleton and a job at Liddell Colliery saw them come to call Singleton home in 1977.

From the minute they arrived in the town they knew they were welcome.

“We first rented in Rawcliffe Street and as the furniture was coming into our home, a neighbour over the road Jan Andrews bought us over a casserole and invited our girls over to play with her children, another neighbour Mrs Clout brought us up some biscuits and another couple down the road, Robyn and Gary Wild, popped in to welcome us, it was so different to everywhere else we had been,” Lyn said.

From Rawcliffe they moved to Singleton Heights but when a humble, little home in William Street came on the market they thought they had found their ‘forever home’.

They saw the image in the window of a real estate agent and organised an inspection.

“Honestly, when we first walked in, we thought it was a pigsty, it had been a rental and one of the back rooms had housed a dog and her pups, there was dog hair everywhere and stuff everywhere,” Lyn said.

Then he walked out and saw the backyard.

“I looked at the size of the yard and turned to the estate agent and said ‘We will take this’,” Rob said.

That was 35-and-a-half years ago and they haven’t looked back.

Renovations over time have seen the home double in size, from two bedrooms to three and two office spaces, additional living room space, renovated bathroom and laundry area a kitchen you can swing a cat in.

Not that the MacBains have a cat, these days it is a very spoilt little bundle of black curls they call Kallea.

The backyard features a greenhouse for hundreds of orchids and other nurtured seedlings and a pool that they love to cool off in during the hot summer months.  There is space to park the caravan and the garden, grown from scratch, features beautiful roses, annuals, lemon and orange trees and lots of home-grown vegetables.

They both say the location is a great attraction, especially when their two daughters were growing up.

“It was close to everything; the girls were involved in lots of sports so it was easy and quick to get around town.”

When one of their grandsons was concerned Rob and Lyn might have been planning to sell their home, he made the point: “nothing changes here” pointing out that it was the anchor in his life he needed particularly as his own family was a military one and moved around the country many times.

That young man has nothing to worry about as both Lyn and Rob intend staying put.

“We have Jimmy Neuss, Marion and Tommy Standing (Tommy has since passed away and terribly missed by all), Dawn on the corner and Donna over the back,” Lyn said.

Then they have the thick, fertile, alluvial soil perfect to make a garden grow but it is also the age-old trees that can be seen from the windows and off the veranda that take a commanding presence in the landscape.

“You just don’t see these old trees in new neighbourhoods, and the birdlife is just magnificent, you see these new estates and they are just dark roof after dark roof, we have so much beauty surrounding us here and we love it, it is very much home to us,” Lyn said.

Yet another home in the Upper Hunter that is Not for Sale.