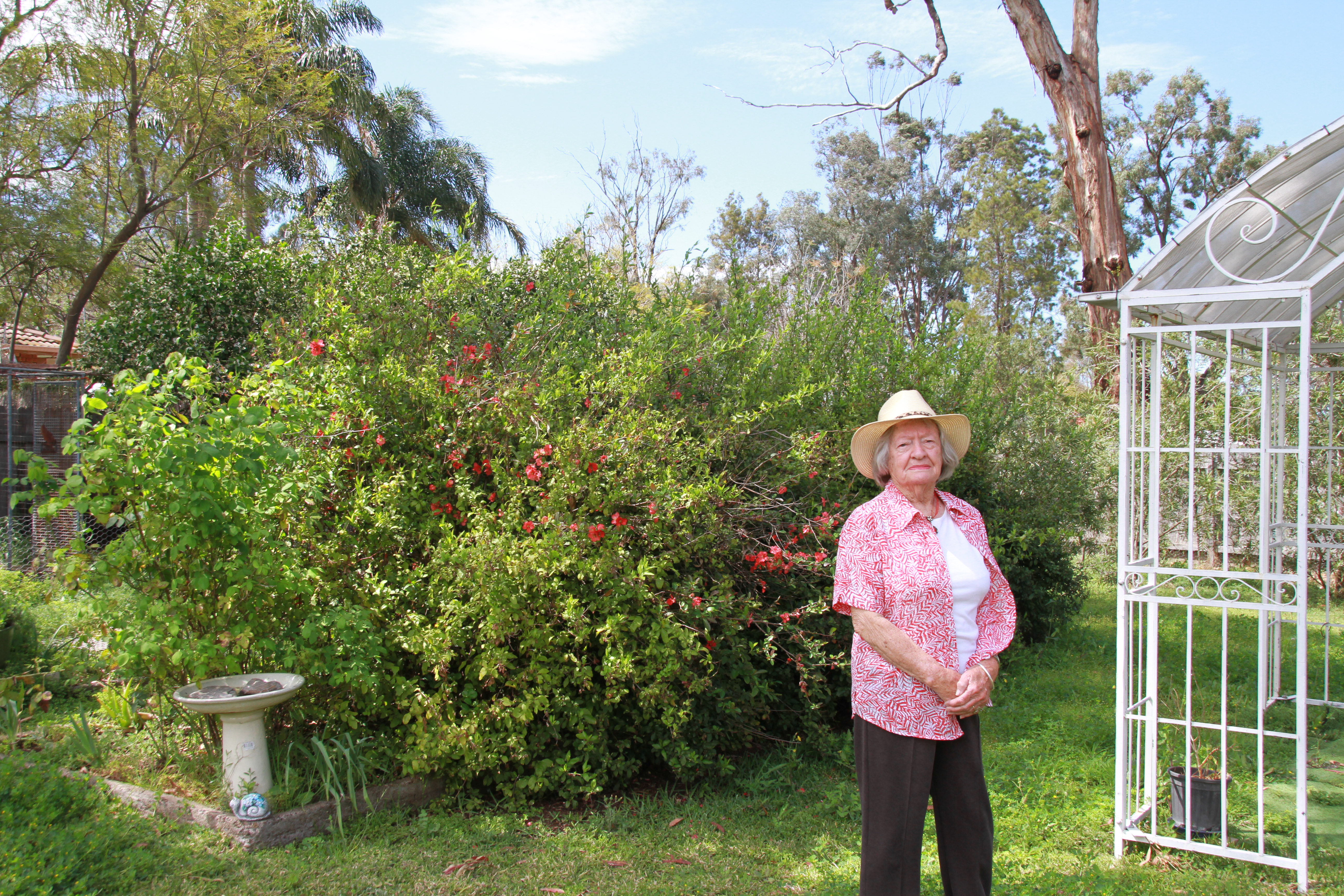 Home is where the heart is

After starting out destined to have a life on the land, Robin Walton has become a dedicated member of the Scone community.

When Robin and her late husband Mick married, they moved onto the property Robin grew up on in Gilgandra.

In 1958 they moved to Bunnan, where they made the most of their farm where their eight children grew up on the land.

“You had to have a lot of eggs in the basket, when you have only got 111 acres, every acre has to make money for you,” she said of running cattle, sheep and various crops on their land.

“We weren’t there a long time, but the children all went to school there.”

After two decades they made the move into the Scone township and Robin took the reins with the build of their new home.

“I planned it and I saw to all of it, the worst thing was picking out where the power points went,” she laughed.

“We couldn’t buy a house that was big enough that suited me, so we decided we would buy a block of land and we would build.”

Being accustomed to the busy life of a farmer’s wife raising eight kids, Robin quite enjoyed the change of pace that community life offered, although she did not slow down.

“My daughter-in-law said come in to the Red Cross shop, I didn’t even know there was one here,” Robin recalled.

“So, I went in with her and I was talking to the lady at the little table where the cash was and I said oh I would love to do something like this, I am really lost, I am used to being busy.

“And she said well pay me the $5 membership and you can start next Friday.

Over the 47 years Robin was an active member of the Red Cross she held a number of stations including that of president when the current Red Cross Op Shop was built.

“Being president there would be phone calls every day about something,” she said.

“At one stage I was president, a supervisor, medical loans officer, and disaster welfare officer.

“My husband wasn’t pleased about the phone, I would be out the back or next door and he would be screaming over the fence for me.”

Most of Robins seven surviving children, 16 grandchildren and 23 great-grandchildren are still in the Upper Hunter, but it is more than family that keeps her here.

“Being old some days I get tired, I can’t garden like I used too, there are weeds I can’t pull out and I really get annoyed about it.

“I said to Trina (daughter) I think it must be time I went up to Strathern, she said mum, you’re not ready for Strathern yet.

“I will be a long time here before I go up there.

“I have no intention of moving from here.”