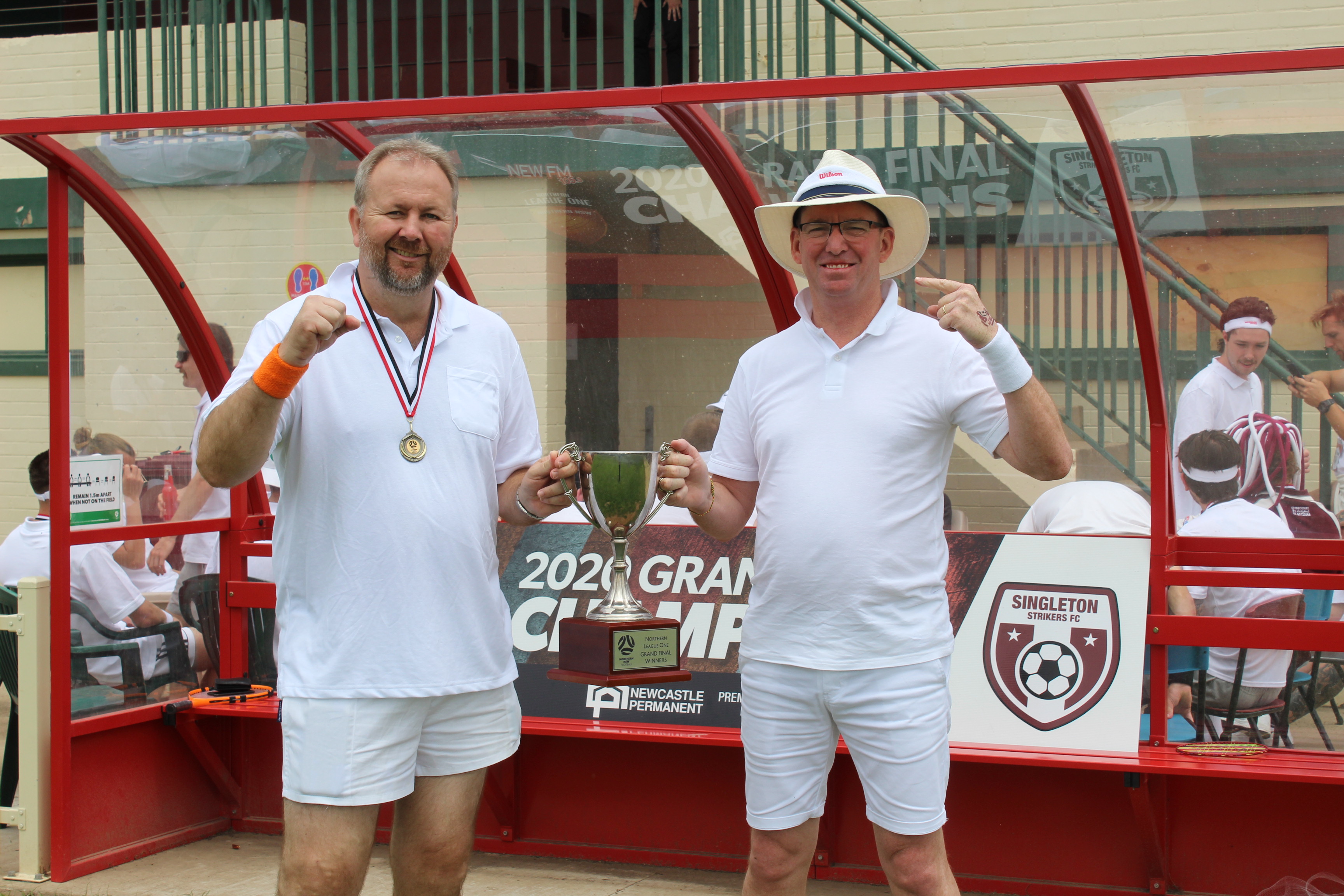 To understand the significance of the club’s feat you had to cast your eyes on the Strikers’ bench in the dying stages of the Northern League One season decider.

When the final whistled sounded at 6:46pm on Saturday, Geddes embraced his club secretary Warren Gillespie with a celebratory hug some 28 years in the making.

The line-up had just defeated New Lambton 2-0 to claim its first Northern League One grand final since Geddes assisted the club’s last winning line-up in 1992.

“It is the culmination of 28 years of blood, sweat and tears from club people that have been here and done what I have done,” Geddes continued.

“You should not have to wait 28 years to win another premiership but unfortunately we have.

“To win this when we have been written off all season, you just can’t put it into words.”

Geddes, who has also served the club as first grade coach, has held his role as senior president for a combined 11 years (across two stints).

Gillespie, the club’s games record holder, has held the role of secretary for 20 straight seasons and has remained just as passionate since day one.

Both received a deafening roar of applause from their army of admiring supporters.

“This means the world,” Gillespie cried.

“A hard slog for so many years to be able to have some joy.

“There had been some tough days (many great ones as well) but to climb the summit after nobody else gave us a chance, well, we did it.”

Gillespie, who featured on the bench of the historic 1992 grand final line-up, has always been loyal to Singleton.

Throughout his career he knocked back offers from clubs such as Broadmeadow Macedonia because he knew there was light at the end of the tunnel for the Strikers.

His current playing group could not be more grateful upon reflection.

“Warren is the heartbeat of the club,” striker Joseph Civello said.

“’Waz’ has worked 20 years as secretary and that still gives me the shivers.”

Singleton captain Hayden Nicol admitted he was moved by the footage of Geddes and Gillespie throughout the celebrations.

“The players did not see that until later on Saturday night and it was a hug 28 years in the making,” Nicol concluded.

“I have watched it 10 times on Sunday morning so there is your grand final moment right there.”