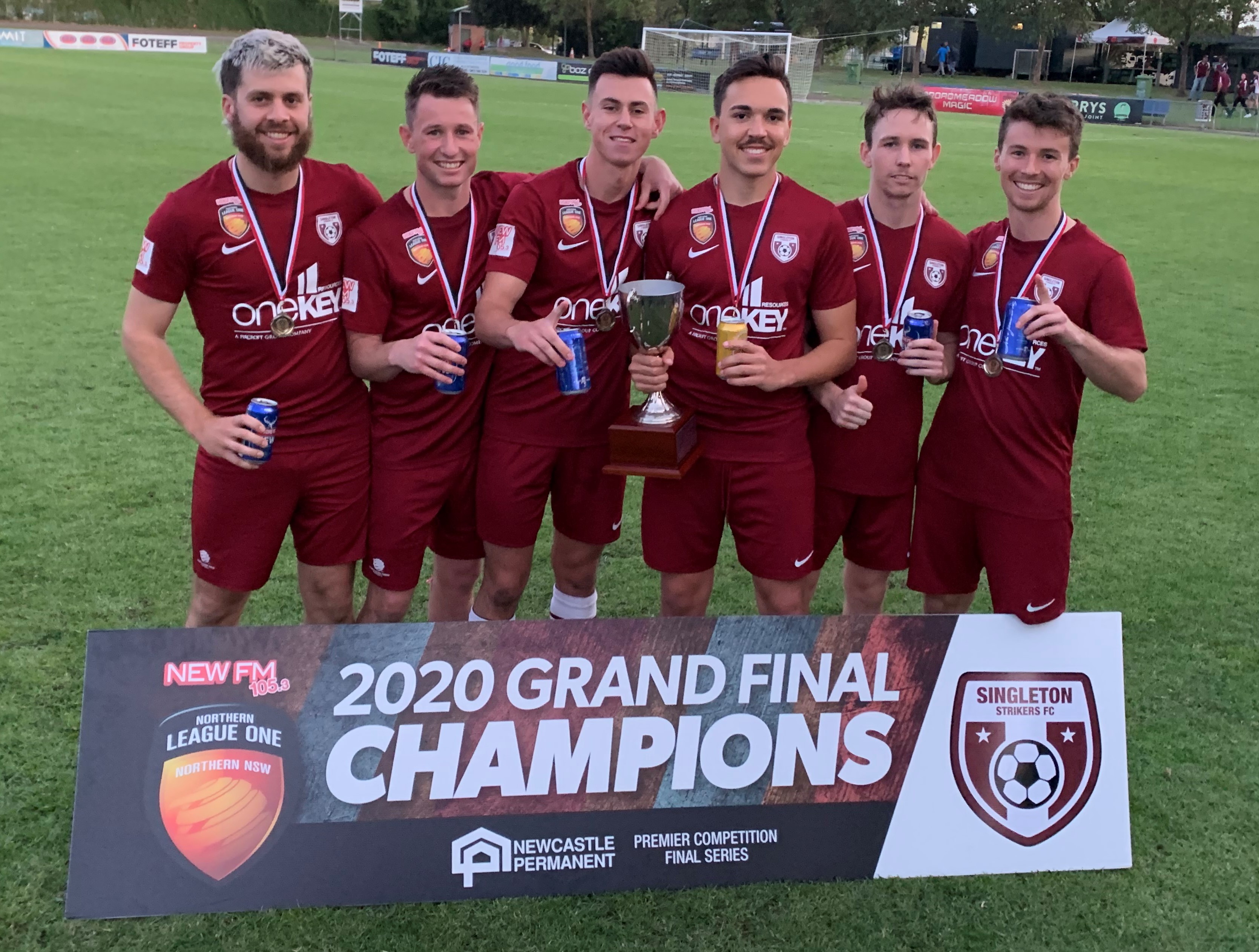 Glory for the Upper Hunter

To understand just how much the Strikers’ win meant for the Upper Hunter you must look at origins of the playing group.

Proud Singleton captain Hayden Nicol honed his craft on the fields of Muswellbrook long before he first joined the club in 2018.

He was not alone either.

Nicol was one of five in the Strikers’ starting line-up who had originally played at Muswellbrook’s iconic Eagles Nest at junior level.

He was joined by his brother Lachlan, the Barner brothers (Jake and Joel) and Jack Clare while substitute Marcus Morris added to the list of Muswellbrook alumni.

“Our shirts may say Singleton Strikers, but this is the Hunter Valley team and if it wasn’t for the Covid limit we would have sold so many more tickets,” Nicol explained.

“The support was our 12th man.

“We went over for our warmup and when we walked back to the changerooms you saw the crowd stand up and it lifted us before the game.”

In the lead up, skilful defender Jackson Skinner was declared as the unofficial mayor of Lower Belford and celebrated with another former Greta-Branxton junior in Dylan Bentley.

The likes of the Cox brothers (Brad and Jackson), Tristan Muir, Bowen Bagnall and Corey Cleaver also continued to put Singleton on the map.

This group typified what it means to be a footballer from the Hunter Valley.

“Coming home on the bus we all talked about what this meant to us, shared a bottle of green ginger and when it was your turn to sip you had to say what you were thankful for,” Nicol explained.

“Once we got home we stopped for a huddle in the PCYC car-park and then we said what we were all happy for and recognised what we had all done.

“It was spine tingling.

“I don’t think it could be put into words.”