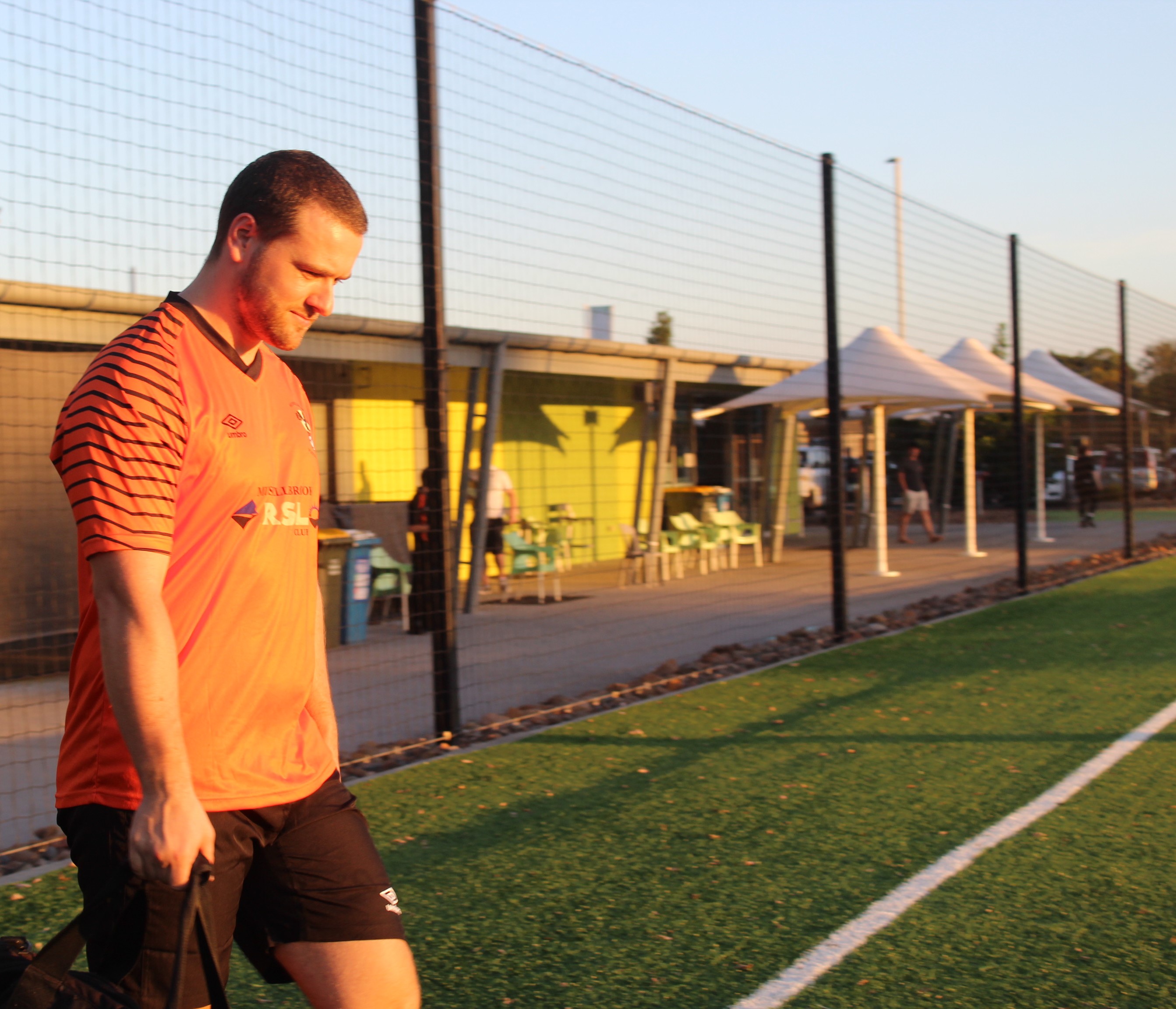 It has been four years since Jesse Legge featured in an official match for the Muswellbrook Eagles.

That long wait end will come to an end this Sunday when the midfielder lines up for his side’s season opening clash.

The 26-year-old electrician suffered a season ending injury in 2017 only a week out from his side’s opening match.

“I completely tore my MCL and all other ligaments got stretched,” Legge recalled.

“We were looking like a good team (that year) and, maybe, it was our third pre-season game?

“I was running up the middle, I got close to the box to take the shot and the defender came in to the kick ball at the same time.

“I was on the weird angle, twisted my knee and tore all my ligaments and my meniscus and everything.”

Legge, who has called Muswellbrook home since the age of four, admitted he had been plagued with injuries and niggles prior.

However he has enjoyed his return this pre-season, guiding his line-up to a 3-2 trial match win over Greta-Branxton and then named as his side’s best player in last Monday’s FFA Cup clash against Lake Macquarie Junior SC.

“The last few years there has been that competitiveness that you miss with the boys and think about when going to work every day,” he added.

The Eagles’ first grade side will commence their season against Morisset at Auston Oval (a rescheduled Round 19 clash) before travelling to play Kurri Kurri for their Round 1 clash the following week.

“When the club has had some tough years financially, Ian (Tomlinson) and the guys have kept it afloat and made sure everyone has had a sport they can come play on the weekend,” he concluded.

“So it is good to return for those guys as well.”