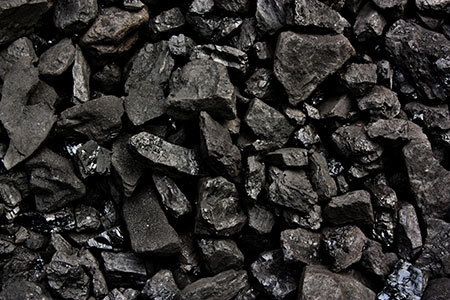 Changes to the Resources for Regions funding is big news for Muswellbrook and Singleton and particularly so for community and sporting organisations.  For the first time coal mining communities will receive guaranteed funding for the next three years and, for the first time, it is not just for councils to spend.  While both councils are required to lodge the applications, there will be much liaison with community groups about how this money can be best spent.  In today’s special report, The Hunter River Times gives you some background of Resources for Regions and what it means for both Muswellbrook and Singleton.

Resources for Regions is a NSW government program introduced in 2012 to support the infrastructure needs of the state’s mine-affected communities.

The previous six rounds of funding has provided $295million to 65 infrastructure projects including roads, water and sewerage systems, health facilities and childcare centres.

During the past 12 months state and local governments have had solid conversations resulting in a new approach to the Program expanding it to fund a wider range of projects and making it easier for communities to secure funding.

The significant changes are:

Singleton will receive a guaranteed $4.5million a year for the coming three years under Resources for Regions funding.

It is money the council has been fighting for, fuelled with determination to get an improved outcome after their funding applications failed to get one cent in 2018 and 2019.

Mayor Sue Moore said the reforms to the program had been at the top of council’s advocacy and council had taken every opportunity to raise the issue with Deputy Premier John Barilaro.

She is thrilled with the result and says there are so many things on Singleton’s wish list that can now become more than just words on paper.

“It has been very frustrating (not receiving funds in the past), it didn’t make sense and that is why we lobbied the deputy premier and he listened, he got it changed,” Cr Moore said.

Knowing the funds are there will just make it so much easier to plan for the future, according to Cr Moore.

Singleton Counci’ls general manager, Jason Linnane, was pleased with the government’s common sense approach and said the flexibility of the program meant Council could work with industry, Chamber of Commerce, Hunter Wine Tourism Association and Upper Hunter Mining Dialogue among other organisation with greater leverage and better outcomes for the community.

“It also means we can work with the Sports Council and Interagency to address infrastructure and social needs,” Mr Linnane said.

“This isn’t a cash cow for council, it is good money that will get a great outcome for the whole community,” He said.

Council has pulled in the long-term experience of its planning and infrastructure director Mark Ihlein to lead the project team with applications closing on September 2, 2020 and successful projects notified from November this year.

While Singleton is happy with the outcome, Muswellbrook Mayor Martin Rush says it falls well short of what the community should expect and deserves.

Muswellbrook Mayor Martin Rush is not happy with the announcement and says the region has been very short changed.

While the ongoing guarantee of funding helps planning, he says the money is far less than the region deserves.

In his column today Cr Rush outlines his reasons and when you look at the figures you can understand his anger and disappointment.

Muswellbrook Council has been extremely successful through the grant application process.

Since 2012 Muswellbrook has received $64.7million through Resources for Regions compared to Singleton’s $37.93.

Cr Rush says more must be allocated to the region given the immense dollars in coal royalties, taxes and contribution made by this area compared to the rest of the state.

While it is good for long short term planning, Cr Rush says the region needs and deserves so much more funding and compensation given the contribution it makes.