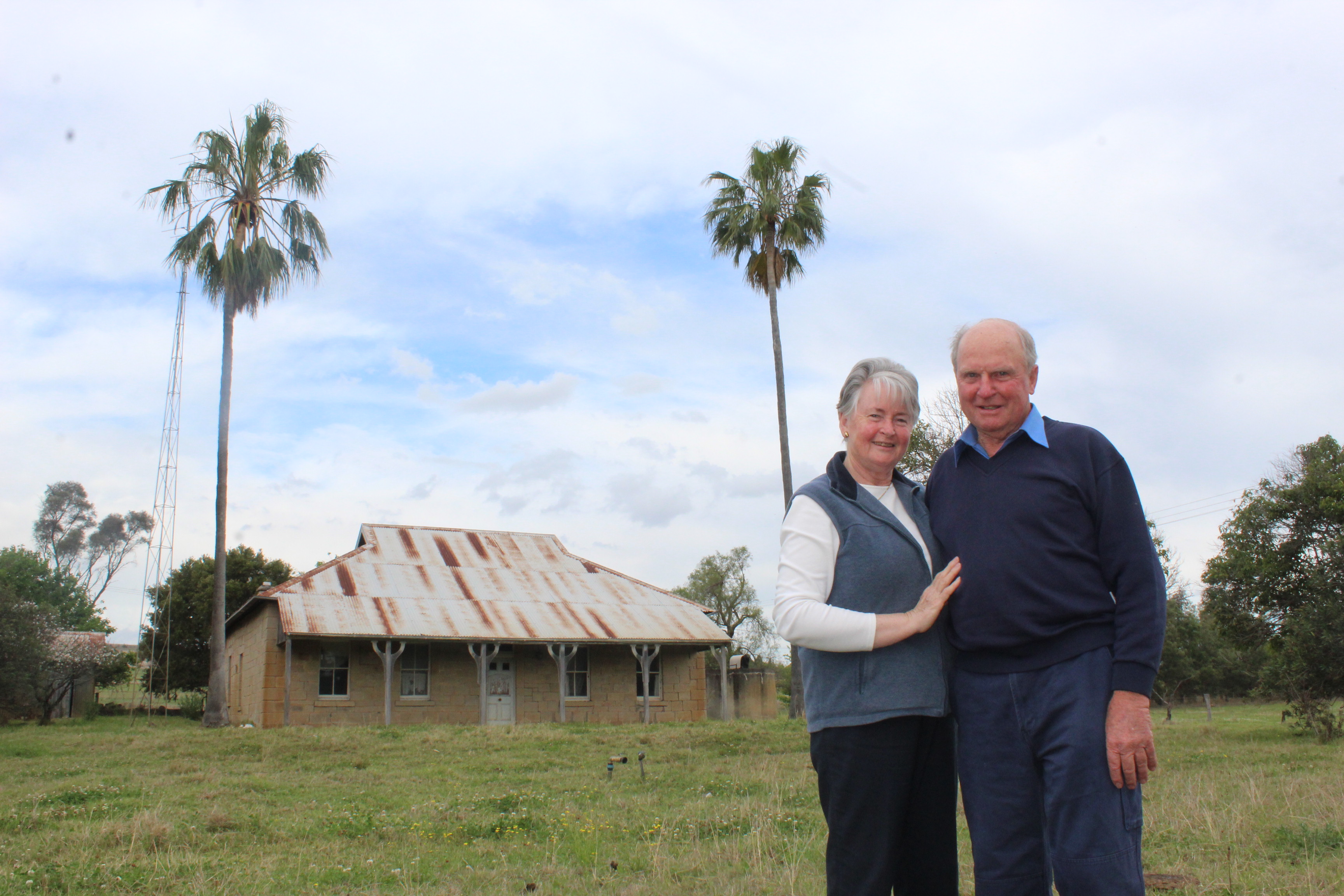 A centenary at Charlton

Third generation farmers Ian and Dawn Russell had planned to celebrate two special milestones at their historic home near Broke in 2020.

The first was the Russell family’s centenary at the Charlton Homestead planned for Saturday, March 20.

Sadly, the event could not go ahead after the region’s first lockdown commenced only four days earlier.

“We were going to send out our invitations, that had to be put off due to the lockdown,” Ian explained.

“We planned to postpone the event for 12 months and now (the way things are) it may be another five years before we can do it.”

Ian’s grandfather James Younie Russell, purchased the original property that had the convict-built two storey hand-hewn homestead which had been burnt to the ground.

Joined by his wife Clara with sons Alexander (aka Bill) and Wallace (Ian’s father), the family slowly restored the building over six years while living in the house under a temporary roof.

By the decade’s end, the iconic Charlton House was rebuilt and faced a popular tennis court constructed by Younie and sons while their dairy farm was surrounded by picturesque views of Broke and Bulga.

The next addition was the farm’s weatherboard house in 1939 built by Arthur Bruderlin & Son allowing Alexander and his wife Rita (nee Lumby) some independence (400m down the gravel road from the main house).

Interestingly, that same year James contested the Labor seat for the Upper Hunter in the State Election (defeated by 100 votes and almost doubled his party’s votes from 1932) and also campaigned for the seat of Robertson in the following year’s Federal Election.

MEANWHILE Wallace and his wife Clara (nee Coates) welcomed their children Errol, Ian, Donald and Kenneth to the farm.

All four would spend countless hours in the historic home practising music under the guidance of Wallace (violin) and Clara (piano).

The practise paid off with shows from Whittingham to Coffs Harbour. The family even featured on the Australia’s Amateur Hour television program with Terry Dear in the late 1950’s.

Therefore, the family’s first 50 years at the home influenced the region’s politics, music and recreation.

If only the walls of this homestead could speak?

“Early days the family’s friends from Sawyers Gully would ride their bikes, open 13 gates to get there, play tennis then return home again,” Ian shared.

“There would also be music nights and the neighbours and friends would come over for music,” Dawn added.

Ian and Dawn have continued to be an inspiring couple in our community.

The duo has proudly held the title of biodynamic farmers since 1989 with the aim of regenerating their soil to cater for healthy cattle and healthy food.

“The industry still has its challenges, but we still get out of bed every day.”

Their daughters Elizabeth and husband Anthony, children Jacqueline and Lachlan, now based in Canberra, and Linda, based at Blandford, will be left with pages of detailed history about the family and homestead thanks to Dawn’s delicate note-taking and countless years of firsthand research.

“My mother Elma Clare was named after Ian’s grandmother Clara and I’m Dawn Clare and my granddaughter is Jacqueline Clare,” she playfully added.

“Mabel, my grandmother, used to come over here with Mum and we have photos of them visiting the main house next to the palm tree.”

To add to Ian and Dawn’s sentiment towards the property, they were also instrumental in the Singleton Shire Council’s naming of Cobcroft Road on June 5, 1990.

This was in honour of the late John and Mary Cobcroft (who built the original two storey structure in 1857).

However, there is one last event we would love to share with our readers.

The second milestone they were due to celebrate in 2020 was their 50th wedding anniversary.

While the last two years may not have gone according to script due to the current covid-climate, the love they have shown for their family members (past and present) and their home should be recognised by the whole community.

We wish them a continued life of happiness and thank them for inviting us to their home this week.