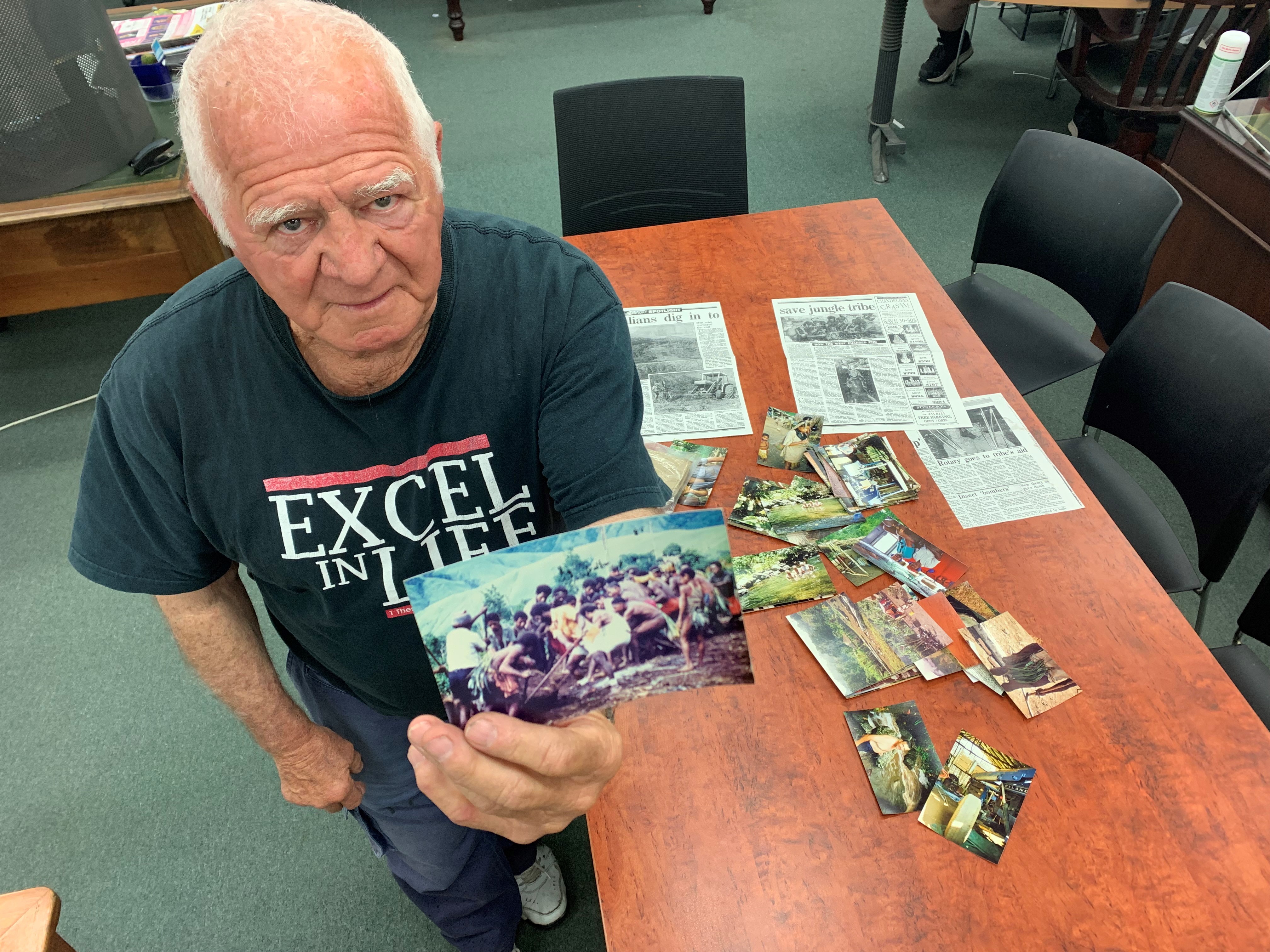 It happens to be a very important date for local Rotarian Kevin McGree for two reasons.

As a child, he was impacted by Polio afterhis brother Ronnie and sister Kathleen contracted the disease at the same time.

The 76-year-old still gets emotional when reflecting on that day in 1955.

“We lived way out in the bush and they reckon the ambulance was flying,” Mr McGree reflected.

“My brother had a sunken chest and they had to operate on him and my sister ended up with one short leg.

“They nearly died and we thought we were going to lose both of them; there were people dying everywhere and they just got.”

The ordeal inspired him later in life to help build an airstrip for an ailing Papua New Guinean community (the Hagahai tribe) in 1993.

He and fellow Rotarians David Thorpe (Adamstown), Chris McGrath (Waratah) and Steve Rylstone (Moree) spent 21 days with the tribe at their village in Manganamau.

The strip was requested by Dr Carol Jenkins so that regular medical supplies could reach the tribe which was a week’s hike from Mt Hagen.

“It was an absolute experience; I could talk about it until the day I die because of how special it was,” he continued.

The group’s small bulldozer and chainsaw seemed like miracles to the Hagahai however their work ethic did not match their visitors.

As an earth mover, Kevin would wake up at dawn to start working while many of the villagers would sleep-in until 10am.

Nevertheless the contingent was treated with royalty from start to finish.

It was also one of three visits from Singleton Rotarians in the 1990s.

The late Harold Smith first investigated the site in 1990 while McGree also revisited the tribe in 1996 (less than three years after his first visit).

“Sadly, six of the young fellas died from a disease between our two visits,” he reflected.

“It was still one of the most rewarding things I have ever done in my life.

“My advice to the next generation is that any missionary project is a worthwhile thing; you will never experience anything better.”

“Fortunately, the ‘Drag Queen Bingo’ event has been rescheduled to Friday, November 12 at Singleton Diggers (York Street) which was one of two events used as fundraisers for Polio,” Mr McMillan told The Hunter River Times.