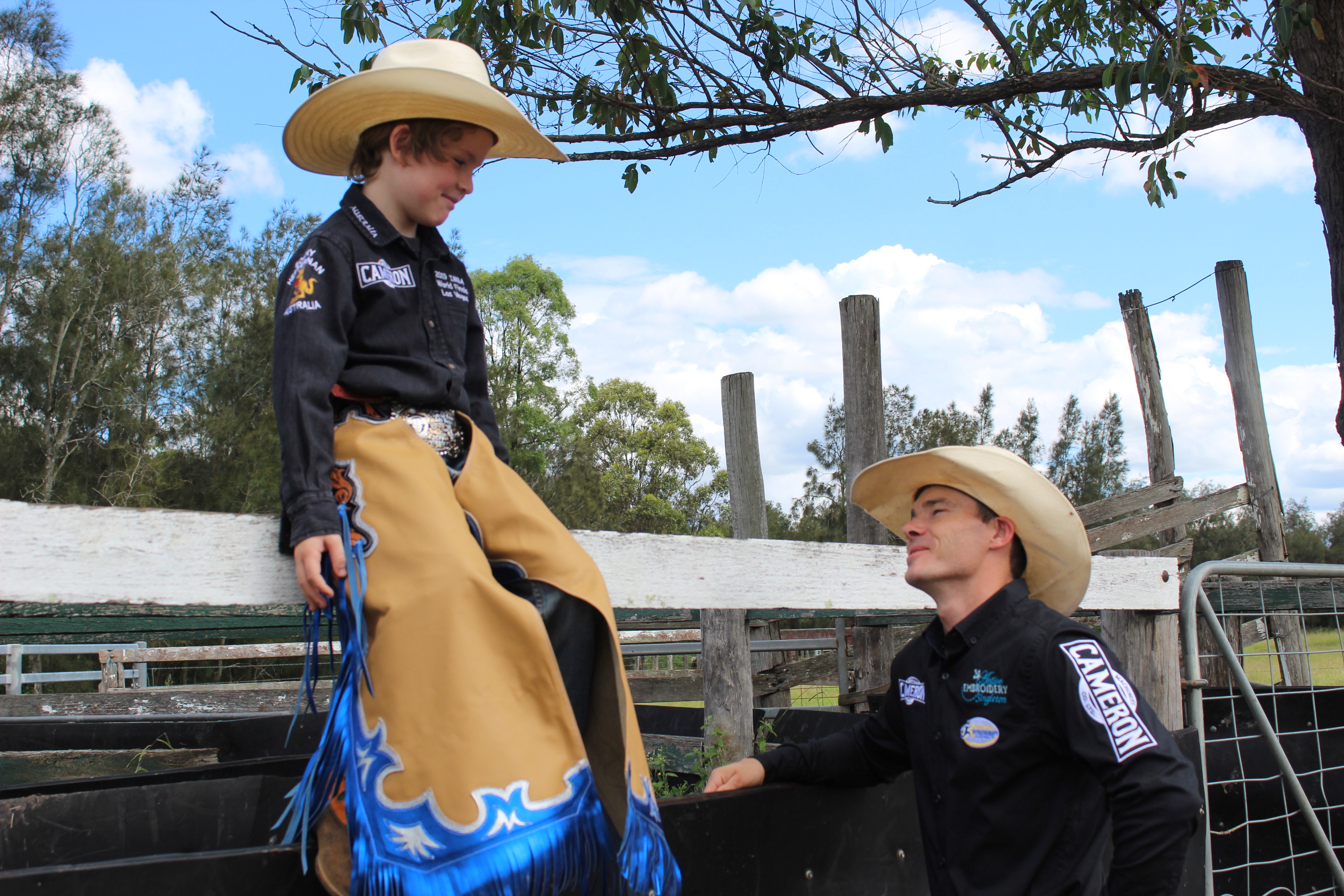 The Road to Scone

A lot has changed for Singleton’s Cody Heffernan since he last competed at an Australian PBR event held in the Upper Hunter.

The popular bull-rider can still recall that fateful night in 2008 when he attempted one of his first professional rides before his vocal home crowd.

Fast forward 14 years, a national title and a lifetime of memories later and the 32-year-old admits he is excited to commence his 2022 campaign by competing at the PBR Scone Invitational on Saturday, February 5.

“This will be the first time I’ll be competing at the same event as my nephew Sonny,” a proud Heffernan told The Hunter River Times this week.

He will be joined by Sonny Heffernan (the son of Cody’s eldest brother Brad) who will compete in the pee wee mini bull competition.

The young rider last rode a mini bull when representing Australia at the 2019 IMBA World Finals held in Las Vegas.

Sonny, then 5, finished 11th in that event and has now been practicing for nearly three years for this upcoming ride.

“I’m excited I get to ride,” Sonny explained.

“When I’m riding, I’m happy, I feel good and I even get to wear Cody’s (modelled) chaps which feels special.”

“It will be different getting ready for a PBR event with my nephew alongside me,” Cody added.

“Bringing the juniors to the big show and letting them compete on the same stage as us is great and it is good to get them out there and let them see what it is like.”

Ultimately, the event will mark the start of Cody’s campaign for a long awaited second Australian PBR title to add to his previous crown from 2016.

He came awfully close to securing it in 2019 thanks to early victories at Bendigo, Ballarat, Yass and Sydney shortly after representing Australia at the Global Cup.

However an injury at Rockhampton in May that year prevented him from that coveted second title.

While other local names such as Gresford’s Cliff Richardson (retired) and Denman’s Luke Parkinson (overseas) will be absent in Scone, the Upper Hunter crowd will be sure to cheer on fellow Singleton bull-rider Trefor Sproule and his son Eli who will also compete in the junior section.

Scone cowboy Chris Wilson may also receive the loudest applause when competing before his home crowd.

The mini bull competition will commence at 5:30pm before the senior PBR competition kicks off at 7pm.

Tickets to the event are now available online at pbraustralia.com.au.