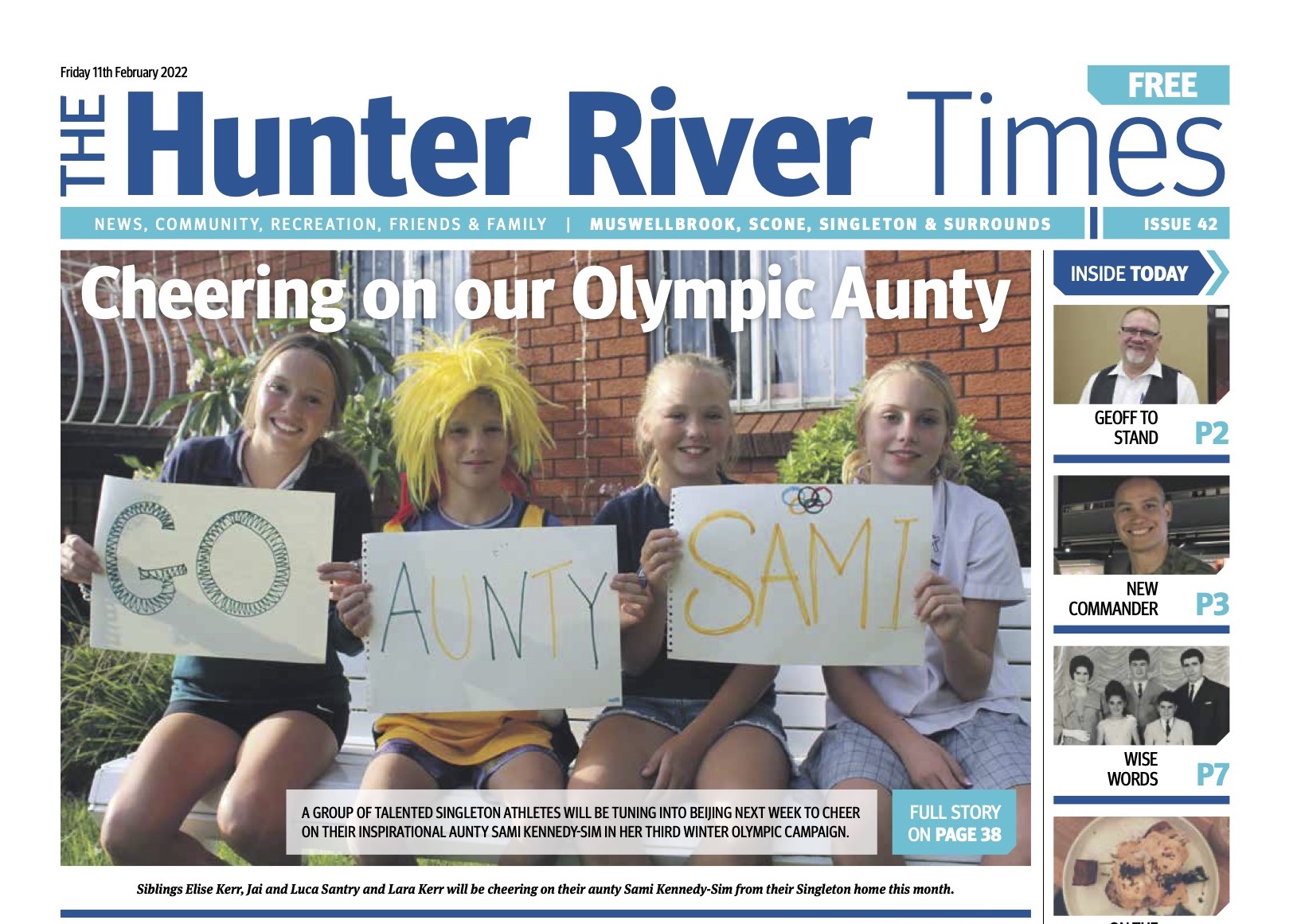 There is something special about representing Australia in sport.

That was apparent throughout last year’s Tokyo Games and now we have the pleasure of seeing our Winter Olympians put Australia on the map in Beijing.

Here at the Hunter River Times, we have been fortunate to reflect with three Olympians in the past six months.

On the August 7-8 weekend, we had the honour of interviewing swimming legend Kevin Hallett who represented Australia at the 1948 London Olympics.

The 91-year-old did not miss a single race for Australia from his home in Scone as his proud nation collected 20 medals (including nine gold) in the pool.

This was a far cry from the two silver and two bronze medals his ten-member team brought home 73 years earlier.

He would spend the rest of his life serving the same Upper Hunter community which rallied behind him all those years ago.

On October 18, his proud son Bryce then echoed the words from his father’s Australian Olympic Oath at his funeral service.

“Once an Olympian, Always an Olympian.” Fittingly, Kevin’s casket was draped in the Olympic flag.

In our final edition for 2021, we also had the pleasure of catching up with Nulkaba’s Daniel Repacholi.

Many will be following his future political campaign with interest however it would be remiss of us to neglect his efforts at the Tokyo Olympics.

The 39-year-old shooter became one of a handful five-time Olympians and came awfully close to claiming a medal with Dina Aspandiyarova in the mixed 10m Air Pistol event. “Anytime you put on that green and gold it’s an amazing feeling,” he shared.

Fast forward to this month and the Olympic spirit has made a sudden return.

Australia’s Sami Kennedy-Sim (Ski Cross) will be competing in her third Winter Olympics after finishing 28th in Sochi and 8th in Pyeongchang.

Can she claim a medal? Her sister and legendary Singleton athletics coach Hilary Kennedy certainly hopes so. We had the pleasure of catching up with both sisters in this edition ahead of Sami’s event in six days’ time.

When I look back at these stories from the late Kevin, Daniel and Sami, I can’t help but get shivers.

Each tale takes me back to the 2013 Lithuanian World Games, held in my grandmother’s birthplace of Klaipeda, when I represented Australia.

I was 18 and had a lot more energy back then.

Though my contribution on the basketball court was limited, there was something special about representing Australia and this feeling was amplified when seeing our flag on display at the stadium.

I have held that sense of pride every day since as a sports editor of this publication and hope to see the Olympic torch come through the Upper Hunter ahead of the 2032 Brisbane Games (just as it did on August 30, 2000).

Until then, lets all show our support for Sami and the Kennedy family when she competes this Thursday, February 17.