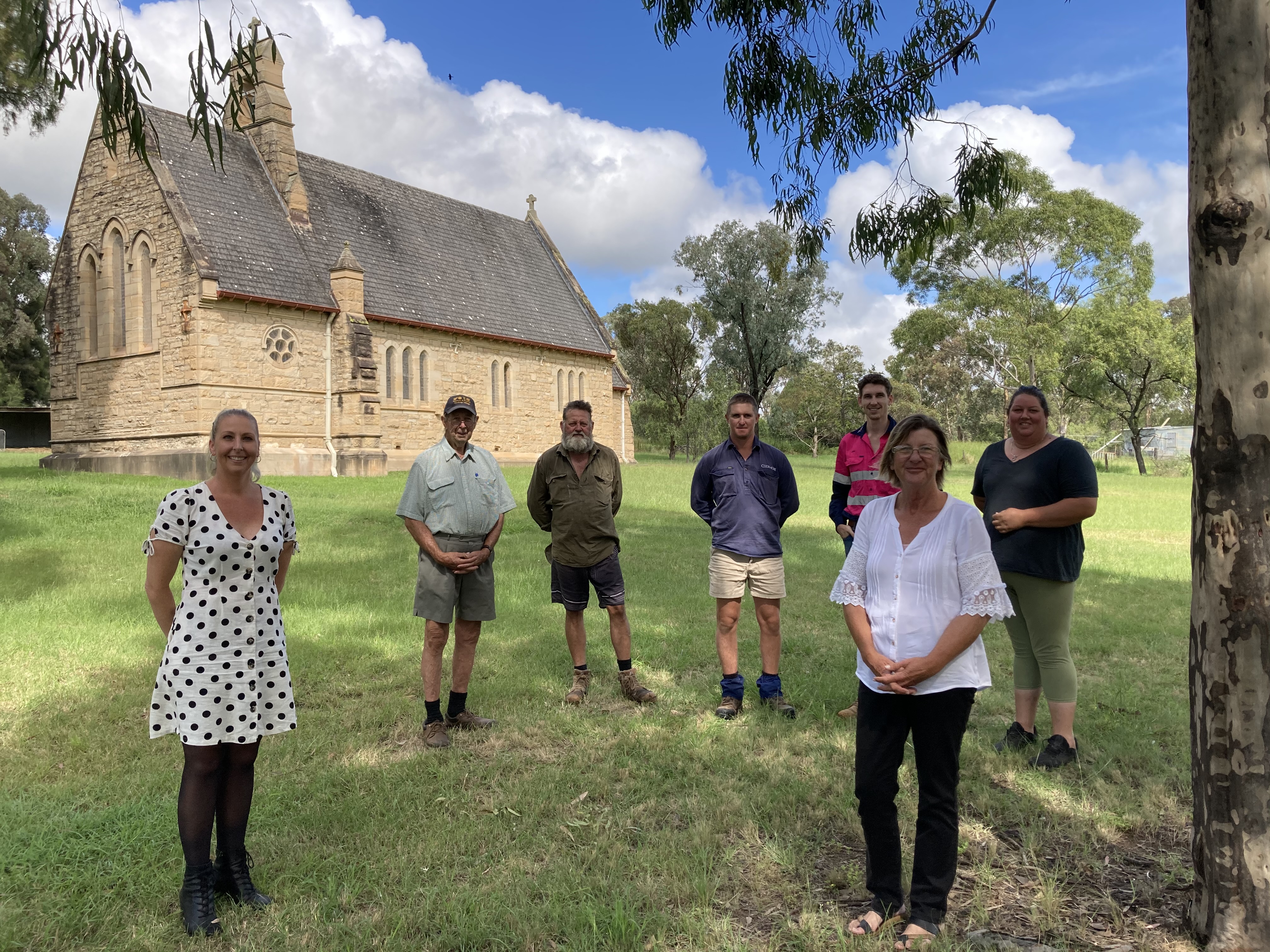 A market day, a bush dance, mine and horse stud tours, a church service, heritage display, you name it and it is on at the Jerrys Plains bicentennial celebrations on April 29, 30 and May 1.

The huge three-day event has been 200 years in the making but more recently it has been a small committee from the Jerrys Plains village that have been leading the way to ensure the event does not go unmarked.

Jerrys Plains, about halfway on the Golden Highway between Muswellbrook and Singleton, is one of the oldest settlements in the Upper Hunter.

The original settlement of Jerrys Plains was near Redmanvale Creek but after succession of floods the present day village was established by the 1840s.

The name Jerrys Plains is attributed to Jerimiah Butler, a Ticket of Leave Convict who journeyed with John Howes’ party which successfully reached the Hunter River near ‘Neotsfield’ on March 15, 1820. It is recorded that Jerimiah lost three fingers on his right hand when using gunpowder to help light a fire as the party camped on their way back to Windsor.

Jerimiah never lived at Jerrys but in 1833 he received a land grant of 13 acres bounded by John Howe’s ‘Redbournberry’ and Richard Yeoman’s Properties in what is now Singleton.

It is hard to highlight just one of the events but tickets to the the Hoe Down Dinner and Dance at the School of Arts hall is already selling fast.

Heywood and Moore Hoedown band will be belting out their tunes and a spit roast will be served.  Tickets are $25 a head and can be purchased now by calling 0447640294.

It is an event that has been well supported by Coolmore and Godolphin horse studs with bus tours leaving the church grounds to take in tours to the studs and a mine tour is also being coordinated by Glencore.

According to one of the event organisers, Paul Nichols, it is a chance for the community to come together to celebrate Jerrys Plains and acknowledge its history.

“We will have things like sulkies and wagons, draught horse displays and a blacksmith’s exhibition and Diana Heuston will be giving a history talk and we also have some amazing bush poets,” Paul said.

He extends a warm welcome to the entire community to come along to any of the events.  Please keep an eye out for further details about the event in upcoming editions of The Hunter River Times.