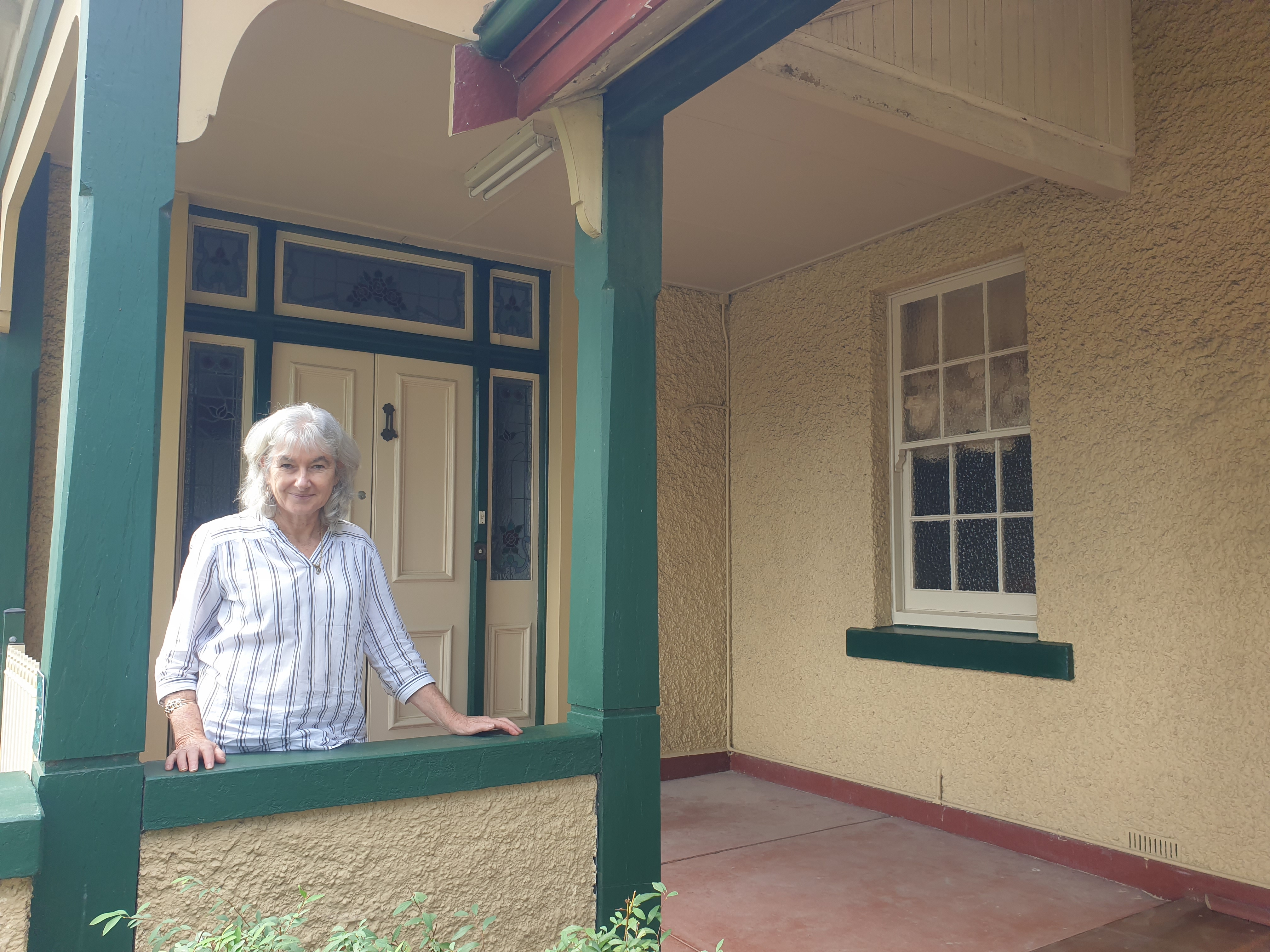 Home with a Hospital History

Having spent years curiously passing by a house on Sowerby Street in Muswellbrook, Vicki Riddy didn’t pass the opportunity to have a look inside when it went on the market 20 years ago.

When they were successful in purchasing the building that housed Muswellbrook’s second hospital, Vicki and her late husband were thrilled to be able to call it their own.

Originally opened as a seven-bed hospital in 1864 the site saw two main expansions to add more beds before being closed in 1914.

In the 1880s an additional ward was added, and the final extension while acting as a hospital was made in the early 1900s.

In 1914 the hospital on Brentwood Street, where the current hospital is located, opened and the Sowerby Street location sat derelict for around a decade. During this time it became known as a haunted house, a claim that Vicki said she has not seen evidence of.

While the history of the home has been both intriguing and exciting for Vicki, it was not the only thing that drew the couple to make the purchase.

“At that stage my daughter was quite young and my husband was always concerned that it would upset the neighbours because he would play piano in the middle of the night and into the early hours in the morning,” Vicki said discussing a room at the front of the house that was the most recent expansion, added in the 1920s.

“So, when Cleo started playing, and we had two pianos going on and off I think it was just the fact that we could have a home where  we could have a music room and it wasn’t going to disturb any of the neighbours.”

They knew little of the history when they moved in, but thanks to tracking down title deeds and some investigating they have been able to piece together a lot of the timeline.

When discussing this history there are ties to an influential local family that has stayed with Vicki throughout the research.

“I think knowing that KWD Humphreys lived here, so it was part of that era when they had well-known families who were instrumental in developing Muswellbrook as a town,” she said of a member of the Campbells family, synonymous with the Upper Hunter.

“And then just seeing how it was placed as a hospital because originally the block next door was part of the hospital area and the nurses quarters were next door, and then the mortuary was next door.”

The building now has six bedrooms and four bathrooms, with living areas that have accommodated countless family and community gatherings over the years, but the size isn’t overwhelming for the current owner.

“Every morning I wake up and I think this is amazing,” Vicki shared with a smile.

“And one of the best things about cleaning it is that you get to appreciate the details, you know the skirting boards, and then the complex frames around the doors.

“And then even the fact the individual doors – the doors down to what I call a music room were built to fit that space because there’s nothing standard about it at all.”

This unique, and historical, home is one that Vicki is often happy to share with community groups and schools, as she has done over the years, but it is not one that she will not be parting with any time soon.