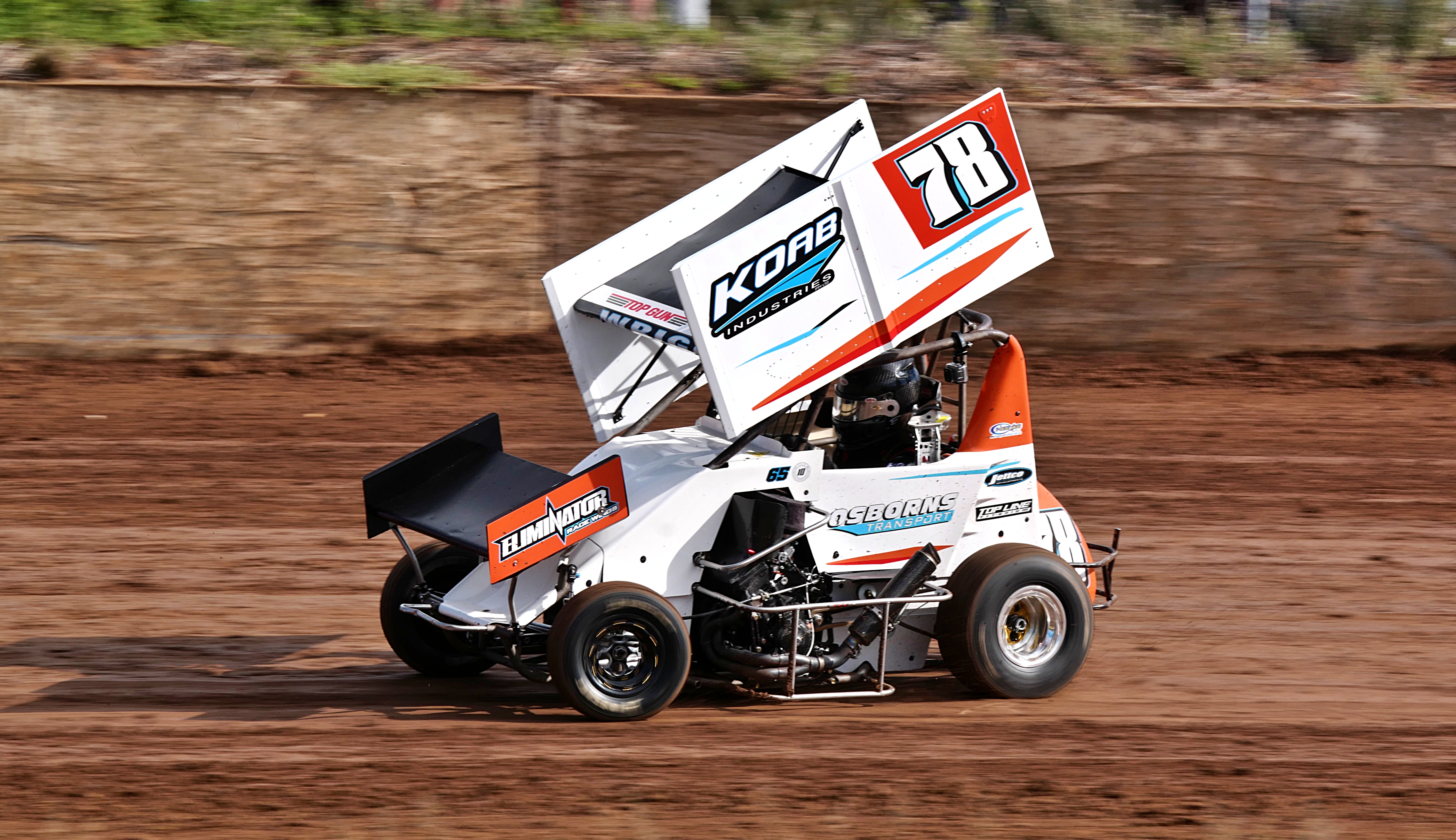 April was a busy month for the Wright family as the 2021/2022 speedway season nears its end.

The month started with a run in Archerfield, Queensland, where Kobi was on the podium all night including finishing the feature in second.

Over Easter they nominated for the Junior Formular 500 Easter Trail which saw him race at both Gilgandra and Dubbo over the long weekend.

“It was a good weekend, we went to Gilgandra and had two heats wins, which was good, and then there was an incident with another division that made the track unsafe for us to continue racing, so that got cancelled,” Kobi recalled.

“We went to Dubbo the next night and the first heat we struggled with gears and the track was a bit wet, but we won the next heat and were a lot better.

“We ended up being on equal top points with I think two other cars and we had the fastest lap so we got on the pole (for the feature), got a good start and we won the feature and the Easter Trail which was pretty good.”

The travelling wasn’t over, as the following weekend they were off to Toowoomba for another double header, at a track Kobi has never rolled out on before.

“On the first night we ran second, first and second in the heat races and we ended up getting on the top points for that again, but then about three laps into the feature we were battling for the lead and the front left tyre came off which forced us to stop the race, but we fixed it all up and came back the next night,” he said.

“We had two second place finishes in the heats and a third place, then we started second in the feature and just missed the start a little bit but still finished second, which was good considering they started the feature on points over the two nights.”

Alongside his regular NSW competition there were also racers from Queensland and Victoria to battle, on tracks he isn’t familiar with, but Kobi still showed consistent pace which is promising in his penultimate season racing as a junior.

“We’ve got our car rolling pretty nice at the moment which is always good, and we had a couple of people helping us out with what gears and how to set the cars up (for different tracks),” he summed up of the recent success.

With just a couple of runs left at Tamworth and maybe one in Sydney to round out the year, the Muswellbrook based family team will be enjoying some time off the road planning next season – when there may be another Wright taking a seat behind the wheel for a hot lap or two.