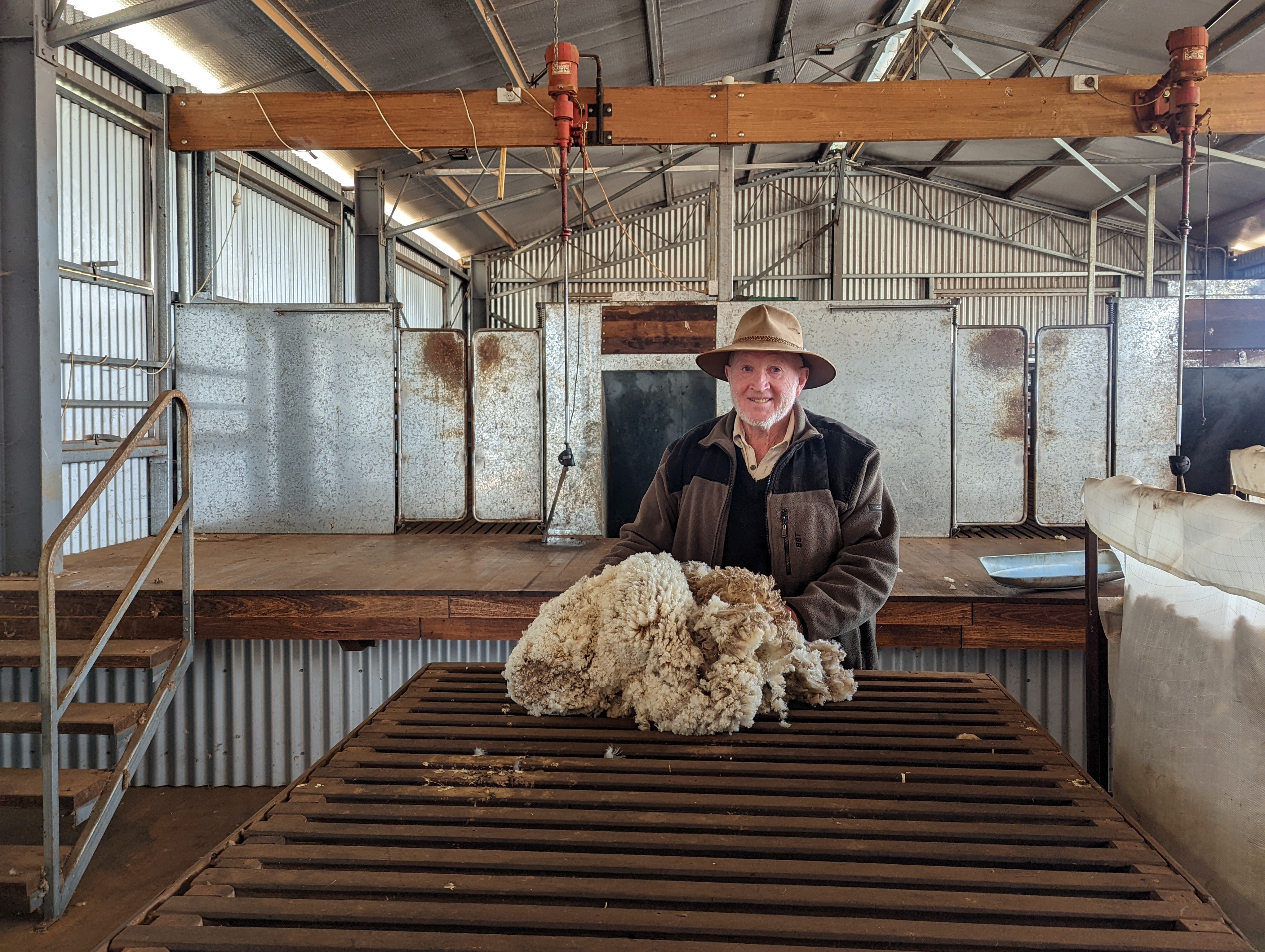 Forging Ahead on Much Loved Merriwa Property

There is no denying that some people are just drawn to the land, and that is certainly the case for Ron Campbell of Merriwa.

His family moved to their property west of Merriwa in 1962 and over the 60 years that have passed since then the property has grown and evolved to be a prime example of well thought out and planned agricultural success.

In the 1950s Ron’s father was looking to get his own farming land and after spending some time at Binnaway the rich, fertile soil at Merriwa drew the family to the region.

“There was a standing crop, which was not the quality or the standard that my father would grow, but it was still an income at that helped taking over a new place,” Ron recalled of the 1325 acre (536 hectare) Woodlands property they took over in November of 1962.

“In 1963, we had a very good standing crop of wheat and the hailstorm came across and reduced it from about a meter height down to I think knee height, it was really devastated, total loss.

“So we then decided, look we have to diversify, we have to get more into livestock and have that as a second income.”

Ron got wool classing tickets and also spent time working on machinery to learn how to do more of these things himself.

Early adopters of using machinery on the farm, the Campbells put a lot of energy into ensuring productivity doesn’t come with a cost to the quality of products being produced or the land that cultivates it.

“My father was an innovator, the conservation farming he practiced that in 1939, but he didn’t have the machines we had, but the principle was there, dad knew that,” Ron shared.

In 1965 they forged through the drought, then another big dry devastated the region in the early 80s, which taught some important lessons about being prepared for anything that was to come their way living on the land.

In 1967 an adjoining property was purchased, adding another 800 acres (323 hectares) to the holdings.

Over time Ron took over running the farm from his father, who had encouraged him to do something else but life on the land was all Ron wanted.

The same goes for Ron’s two sons, Peter who is the livestock manager and Mark, the farming manager, who both went to Wagga University to earn their degrees and come back to implement what they had learnt at the family farm.

“I’ve never closed my eyes  or ears to new ideas, only if they work they don’t work I don’t want to know about them,” Ron chuckled when asked if it has been tricky transitioning through technology with how the farm is run.

“They came back with some good ideas, but because they’ve worked with me all the way through, they could see what we were doing and it was successful, so they could build on all that.”

Some of the innovations that have come from being open minded are a new sheering shed that made many activities associated with the job easier, including the clean-up, and incorporating new machinery into the paddocks to reduce time spent sewing and spraying which in turn increases productivity.

Crops were the focus in the early years, with some cattle being run as well, but sheep have become integral to the operations and now the three work simultaneously year-round.

In 2000 and 2006 other adjoining properties were purchased, connecting all the lots and amassing just under 6500 acres (2630 hectares) of farming land.

When driving around the property, looking at tree lines in the distance that act as boundaries at various points and seeing the variety of crops and herds that are at different stages in their cycle, it is not hard to imagine why the family is so at home on the land. Both Peter and Mark live on their own sections of the property, and between their families there are five grandkids and Ron said they will be encouraged to forge their own path in life, but it is becoming clear at least a few of them are showing early interest in continuing the family legacy.