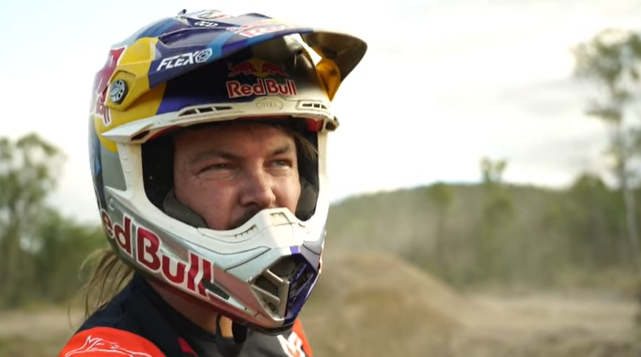 At least that appears to be the case this month after the 32-year-old rode his dirt bike 200 feet into the air on a home-made ramp.

“We were planning to go 150ft and we went a little bit longer than what we expected but it is here now,” Price said moments before he successfully landed the feat.

“We’ve spent a day and a half building the ramp with the dozers and excavators parked underneath it.”

The impressive video clip received 30,000 views his twitter page in the first 24 hours of its release.

Price, who called Singleton home from 2003 after signing with Kawasaki, made history in 2016 when he was crowned as the first Australian winner of the Dakar Rally.

After an unsuccessful 2017 and a bronze placing in 2018 he would then claim his second title in Peru last year before returning to a crowd of 600 in Singleton for a heroes’ welcome.

He has since revealed his ambition to race in the Supercheap Auto Bathurst 1000 after getting a taste in the virtual world last month.

“The real deal (Bathurst) race would be another one on the bucket list for sure to do,” he added.